Home Latest News My life before homelessness: From marathon runner to live on the streets... 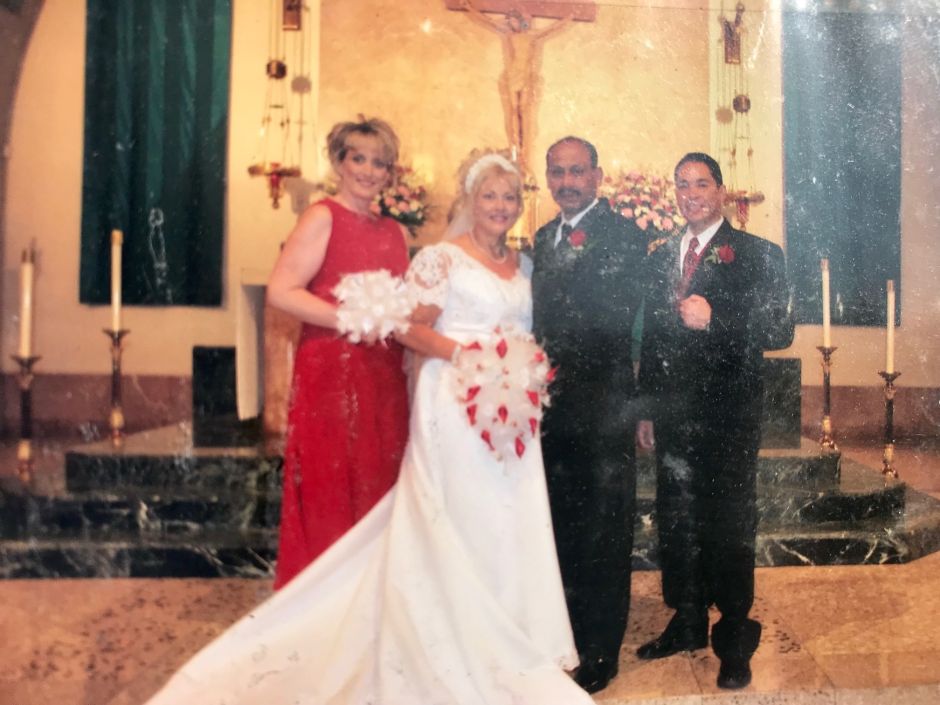 Juan Meraz had practically everything, a family, a house, a job and even ran marathons, but his wife died and everything fell apart.

Until five years ago, he worked, had his wife and his home. He had even run three marathons recently. That is to say: he led a healthy life. How can we explain that a tragedy has led him to lose everything? What made him a homeless man, a homelesyes

Juan Meraz said that it never crossed his mind that he would reach this situation.

I found it on a Sunday. Meraz was asleep on the sidewalk, well rolled up in several blankets, while her dog as a faithful friend remained by her side, watching him and the traffic of Telegraph Avenue, in the city of Whittier.

When the sun's rays began to reach his face, he immediately got up and silently began folding his blankets. I approached. We started talking.

After about 20 minutes of listening to him, Meraz, 57, wanted me not to forget that he would do anything to protect his dog Ingeborg and once again told me the anecdote.

-When he told me [another homeless man] that next time he would kill my dog ​​I went over him.

-What did you tell me motherfucker? You can tell me what you want, but you do something to my dog ​​and you will see them with me.

The dog, Meraz said, was the only thing left of his wife – Susan Henningan, of German origin, and who had died in 2014 of pancreatic cancer.

"This is the only thing I have left of her and if they kill her, I'm going to be left with nothing," said the destitute of dark complexion, broad mustache and thin appearance.

“The net I will tell you the truth. Since my old woman died, I fell into depression and started smoking pot. The problem was that I then followed him with cocaine and even crack, but thank God right now I only smoke marijuana. ”

Born in Mexico City, Meraz explained that he came to the United States after the 1985 earthquake. He also confessed that he has always been persecuted by the shadow of a sexual abuse he suffered when he was seven years old, a ghost that he has not been able to overcome everything.

“He was a very dear neighbor of the family, he said. But I fell that if I see him right now I break all his p… ”

Upon touching this subject, his eyes immediately fill with anger and sadness; her tears roll and silence takes hold of him for a few seconds.

Meraz, who started using drugs since the age of 12, says that this has been her main problem because she has not been able to keep herself in a constant job.

"I always get depressed, feel courage and better look for an escape."

When he arrived in Los Angeles at age 22, after being employed in various industries, he fell back into drugs. It was precisely in a rehabilitation center, years later, where he met who later was, since 2007, his wife. Susan worked in a church, where she left to visit people in drug rehab. That's how he met Meraz, with whom he would live for seven years.

Before he died, his wife took care of his pet a lot, that's why he says that if something happens to his dog Ingeborg he dies.
“My old lady would not forgive me. Even if he saw me, just as I walk now, living on the street, I'm sure she would have already given me a fuck. ”

“Susan believed in me, and helped me out of drugs, got me a job and then we got married. We had our house. We lived very happy. She was a very good woman, ”said the immigrant.

When talking about his times, Meraz immediately looks for his warehouse cart where he carries all his memories and takes out the plates and his medals that corroborate his words. ‘So you don’t think I’m screwing you.’

He shows me a photo album where he appears with his wife on their wedding day and then on a vacation with her family.

But suddenly his wife got sick and it was over. Meraz fell into a depression that would later return him to drugs.

Six months after his wife died, Meraz lost her job and after two years she lost the house where she lived with her. He could no longer pay the monthly payment and since 2016 he has been walking the streets of Whittier with his dog, he said.

“Although the avenues are calm, the truth is that it is dangerous to live on the street, you never know who can steal or hit you. It has already happened to me several times. ”

The next day I went back to look for him on the same sidewalk where I had found him asleep, but Meraz was gone. I went to ask the business where they were supposed to have promised a job, but they didn't give it to them.

For a month, I have kept looking for him and asked about him where the homeless in Whittier meet or live, but no one has seen him.

Inquiring a little about Juan Meraz's testimony, we found that he was married to Susan Hennigan-Chinchilla from 2007 to 2014, when she died of pancreatic cancer. Previously Susan had been married for 30 years in a relationship where her three children were born. Regarding Meraz, the documents show that he was legally evicted in 2019, although based on his testimony, he has lived on the streets since 2016.

In Susan Henningan's Facebook account, she appears with her family in 2013, a year before her death. On the digital site Juan Meraz is told by the family's grandfather and at some point they ask him not to act like an American – jokingly. Ingeborg also appears in the photos, the dog that belonged to his wife and for which Juan Meraz is, at this time, willing to give his life in order not to lose her.

Which is the best Indian news app?

Is Detroit still a ghost town?

What should I know before moving to Austin?

What percent of Raleigh is black?

Is it better to have a crawl space or slab?