Home Latest News Being a Census Ambassador can help you with $ 100, find out... 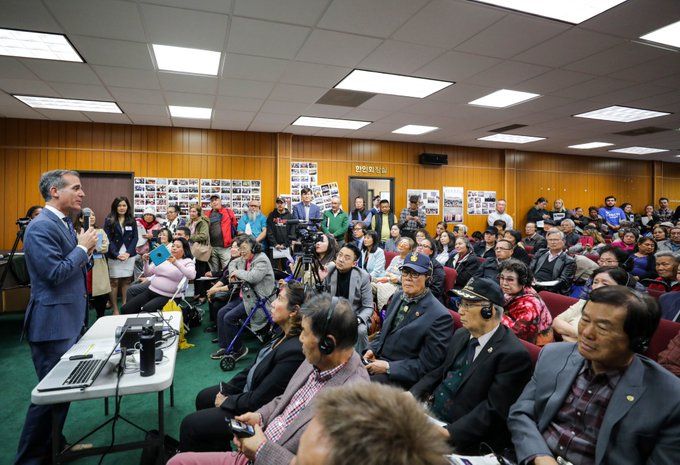 A few months after the national count, Los Angeles prepares to get all its residents – regardless of immigration status – to participate as of April 1 during the 2020 Census.

The results will determine how much representation the Golden State will have in Congress; as well as funding for California schools, medical care, housing, transportation and other vital programs in local communities.

Patricia Ramos, Census spokesman, said this is a mandate included in the Constitution to count the population every 10 years.

“In the Constitution it says‘ the population ’, it does not say citizens or legal residents. So the undocumented must also participate, ”said Ramos, assuring that the citizenship question does NOT come in the 10 questions of the custionnaire.

The city of Los Angeles is considered the largest city in the county and the most difficult to count in the entire nation. This causes $ 115,000 million to be at stake in Los Angeles.

For this reason, Mayor Eric Garcetti has led the effort throughout the state and the country to ensure a fair, inclusive and comprehensive count for all Angels and Americans.

To achieve the goal of having the highest possible count, the office of the Angelino mayor formed the initiative of the Census, Goodwill Ambassador (CGA) with the objective of training community members to become experts on the issue of counting in Your neighborhoods.

Once informed, they will be able to interact with their families, neighbors and other residents to answer questions about the 2020 Census.

Mayor Garcetti said in a statement that the Census is the largest civic action in the country and that we can all carry a simple message: "In our city, everyone counts."

“With our Goodwill Census Ambassadors helping to lead the load, we can ensure that immigrant households, communities of color, low-income Angels and our most vulnerable neighbors participate in the Census and that Los Angeles obtains resources and resources. representation we deserve, ”said the mayor.

As a thank you for your time, the first volunteer ambassadors to participate will have the opportunity to receive a gift of $ 100 and non-profit organizations may receive $ 500. These gifts are funded with support from the Mayor's Fund for Los Angeles.

"The first to arrive are those who receive the (monetary) gift," said Andrea Garcia, spokesman for Mayor Garcetti.

For those interested in being a ‘Census Ambassador’ information will be offered this Thursday, December 5 from 6:00 p.m. at 7:30 p.m. at Esteban Méndez High School located at 1200 Plaza del Sol Los Angeles, CA 90033.

Hispanic boy dies after being hit on the way to school...

Democratic presidential forum in California will focus this time on Latinos

The expansion of Medi-Cal for immigrants from 19 to 25 years...