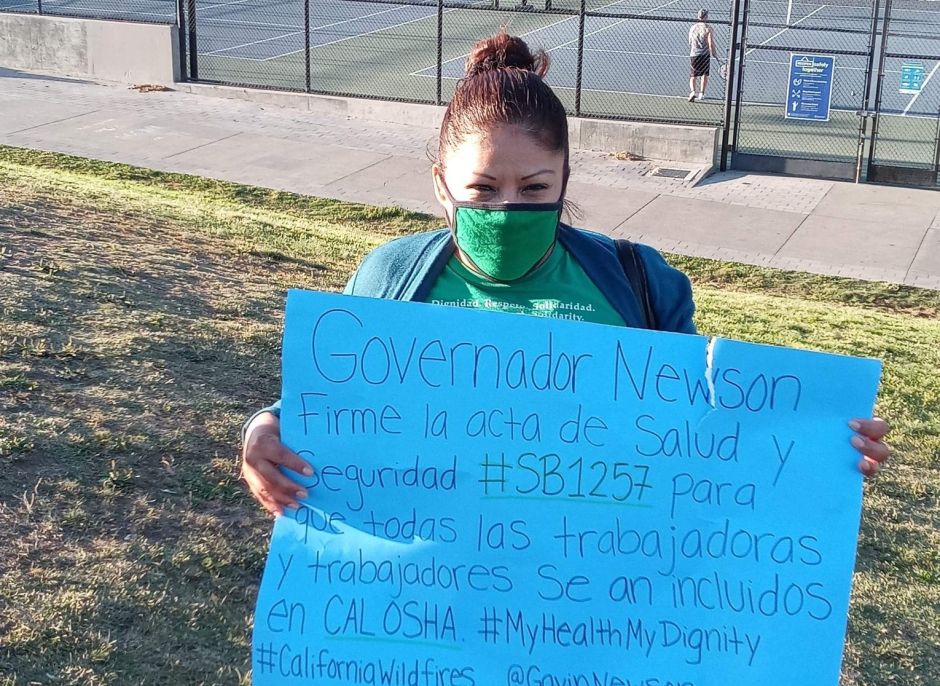 Message to the Governor of California.

Socorro Diaz, who has worked cleaning houses for 17 years, said Wednesday that she was still trying to absorb Governor Gavin Newsom’s decision following the veto of a bill that would provide protections for domestic workers.

“I am very angry, very sad because I know that my work is worthy and deserves respect,” said Díaz.

Senate Bill 1257, which was approved by the legislature on August 27, required the Department of Workplace Safety and Protection (CAL / OSHA) to convene an advisory committee of owners and employees to assess the need for development of specific regulations with domestic service. The workers who would benefit are house cleaners, gardeners, caregivers of the elderly and children, among others.

The law would allow these workers to receive notification from their employers of any job hazards. If passed, the measure would bring about 11 million California homes and apartments under the jurisdiction of the Cal / OSHA division.

However, Governor Newsom vetoed the law Tuesday saying that new laws in this area must recognize that the places where people live cannot be treated the same as a traditional place of employment.

The problem, he stresses, is that many of the people to whom the law would apply were going to be required obligations as employers when in reality they are only owners or tenants.

Maegan Ortiz, executive director of the Popular Education Institute of Southern California (IDEPSCA), said the governor’s message is dangerous because although he declares himself pro-immigrant, pro-worker and pro-woman, his veto proved the opposite.

“What are they going to tell women who can die from coronavirus because they contracted it at work?” Ortiz questioned. Or if an accident happens? That’s why homeowners have homeowners insurance! There are many regulations that the owners have to follow ”.

A study of 700 domestic workers in California revealed that more than 75% of employees have experienced at least one work-related injury, illness or other harm in the past year.

The study “Unprotected at Work: How Exclusion from Safety and Health Laws Hurts California Domestic Workers” published in September, also revealed that one in four respondents contracted a contagious disease at work during the year. past. A similar number have experienced verbal or physical assault from employers or clients.

María Elena Durazo, author of SB 1257, said she was disappointed by the governor’s decision, especially at a time when wildfires are severely attacking California amid a global pandemic.

“California’s Workplace Safety and Security Standards should apply to domestic workers, who risk their lives when they report to work,” Durazo said. “I am committed to ensuring that domestic workers get the dignity and respect they deserve and I will re-introduce the bill next year.”

Durazo said they will begin to work with domestic workers advocates to ensure that the governor understands the importance and timeliness of this bill.

Fans camp in Los Angeles cinema waiting for the next Star...

Firing a loved one hurts more in times of the coronavirus