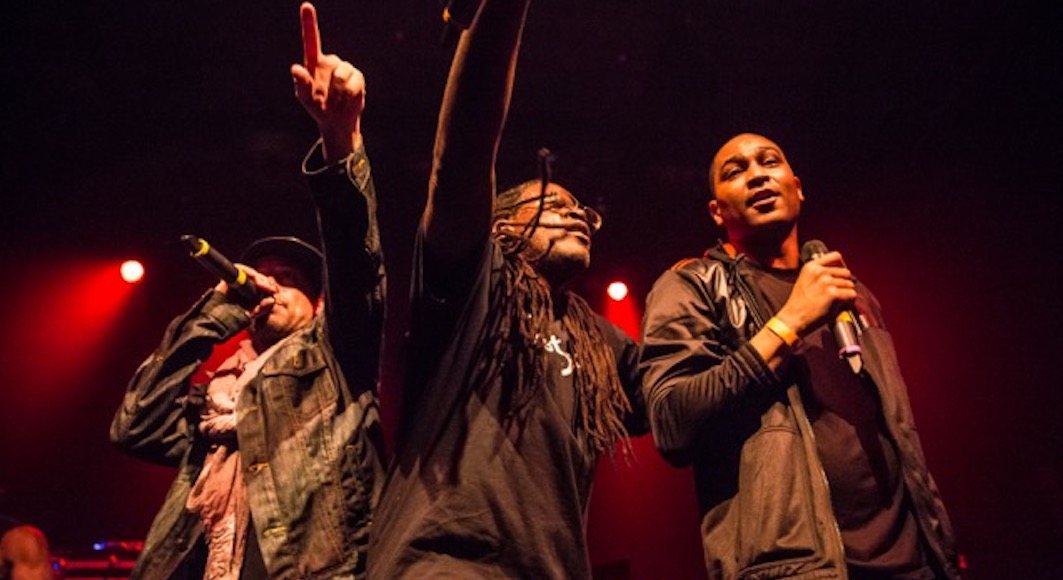 “I moved to New York in 1984 at the age of 13. It doesn’t make me younger ”, jokes Sébastien Bardin-Greenberg. The Frenchman who goes by the nickname “Siba”, created the rap group Get Open with two Americans almost 25 years ago. “I met the other two members of the group at university in New York. Kiambu is from Harlem and Von from the Bronx ”. The three friends released on October 29 their fourth album, “Front & Center”, available on all good platforms (iTunes, Spotify, Bandcamp, YouTube).

“We had planned to create something about urban culture and New York life at the base”, Siba says. “But the year was so turned upside down by politics and the Covid that we decided to change course”. Among the 16 songs on the album, the titles “Fake News” and “Tale of the Tape”. The second denounces in particular “a gloomy outlook with a tyrant at the helm”, “a suffocating political climate” and invites “to stand up and go and demonstrate”. The clip for the song, made from an American television archive, looks back on the racial crime of which George Floyd was a victim as well as on police violence. It was directed by a French production company, Cypher Films, created by a friend of Siba, Pascal Tessaud.

Very eclectic, “Front & Center” also presents several collaborations in different styles. We find on the song “In My Life” several very famous French rappers in the person of Akenhaton, Shurik’n and Faf la Rage. “The story is funny. I met IAM on the recording of the show “Ciel, mon mardi!” at the time presented by Dechavanne ”, Siba explains. “My mother, who was a linguistics professor at the FAC in Paris 8, was invited to talk about rap and the hip-hop culture she used in her classes. I did an acapella rap in English on this occasion, which impressed IAM. They had come to see me at the end to find out where I was coming from ”.

Siba and the members of the IAM group become friends over time. The Franco-New Yorker has also translated IAM’s clips into English on their last two albums. Get Open also opened for IAM’s 2016 concert at the Gramercy Theater in New York City. “It’s a bit of a 360 degrees this piece together, which celebrates a friendship of more than 20 years”.

The track “Open Tonight” is bathed in reggae tones, recorded with Munich rapper David Pe. Get Open also collaborated with young rappers from Marseille, The Crush, on the track “Out My Window”. “We wanted to collaborate with old connections to us, but also with new ones. I believe that the whole is rather successful ”, Siba sums up. We agree with him.

An evening of European pitches in San Francisco

Children and adolescents: the challenges of confinement

Emmanuel Macron against the American press