Home Culture “The adventures of Boudini and his friends”, the first cartoon in Louisiana... 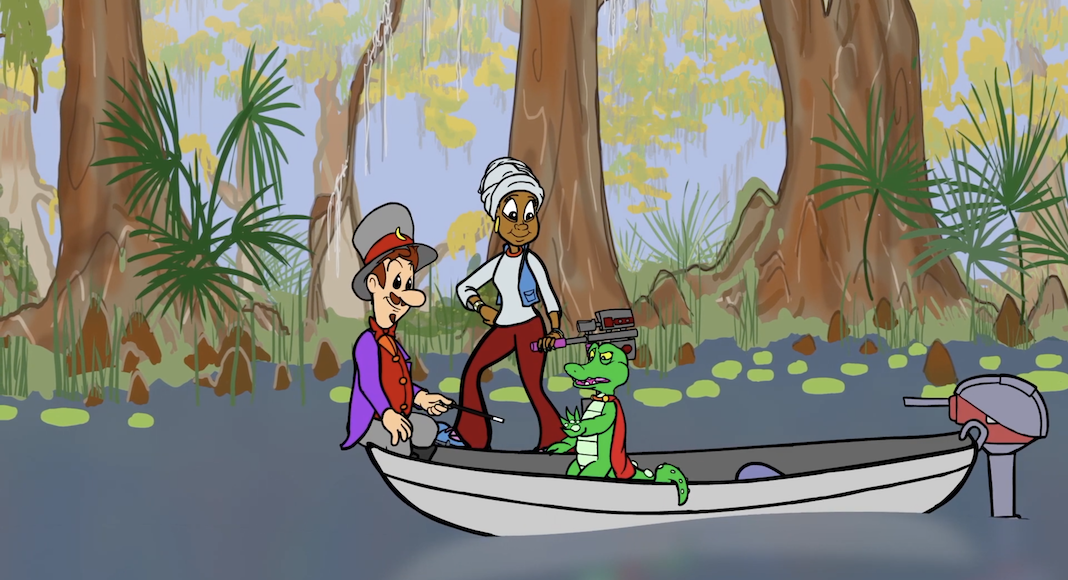 Sign of the resurgence of French in Louisiana, in particular thanks to bilingual programs, the first cartoon in Louisiana French comes out this Monday, January 25.

Do not call it “Cajun”, the name generally given to French speakers in the state, because ” there are several dialects in Louisiana », Recalls Will McGrew, director of Télé-Louisiane and executive producer of the adventures of Boudini and his friends. ” It was Maggie Perkins, responsible for community development at CODOFIL (Council for the Development of French in Louisiana) and expert in Louisiana French, who wrote the script. She chose words shared by several dialects, trying to accommodate regional differences. “.

The team has been working on the concept for several years. ” Production started in October, thanks to a partnership with the Louisiana Immersion Schools Consortium which allowed us to fund the series. », Will McGrew continues. ” But the illustrators, Philippe Billeaudeaux and Marshall Woodworth, have been drawing the characters for two years.. “

Each episode of the adventures of Boudini and his friends (ten in total) will be released monthly. The objective is to (re) discover the history, culture and Creole and Cajun heritage of the State of Louisiana. ” The episodes are made available to immersion schools which are our main partners in the production of the cartoon. Each school can integrate them into its program as it sees fit. We worked with different teachers to create educational activities that will accompany the series », Explains Will McGrew. Available on Télé-Louisiane’s YouTube channel, “ the episodes will eventually be broadcast on public channels », He hopes.

The series is primarily aimed at children aged four to seven (Kindergarten to Grade 1), but ” the characters have been designed in such a way that they are also of interest to college students, high schools and adults », Specifies Will McGrew. Boudini, the main character, and his alligator Coco were created in the 1980s by designer, magician and TV presenter Ken Meaux. The artist, known as ” Grand Boudini In his broadcasts, agreed to his characters being resuscitated. ” Philippe Billeaudeaux, one of the show’s illustrators, watched the show when he was young Adds Will McGrew. ” The show was in English, but with elements of Acadian and Louisiana culture. He contacted Ken Meaux to ask if he could take his characters and adapt them in cartoon, and his request was granted. We have chosen to add the character of Colinda, a Creole woman, to respect parity in the series “.

A support in times of coronavirus that is extremely beneficial

Neither the coronavirus manages to release an immigrant with a conviction...

Salvadoran immigrant receives 2020 as a new US resident