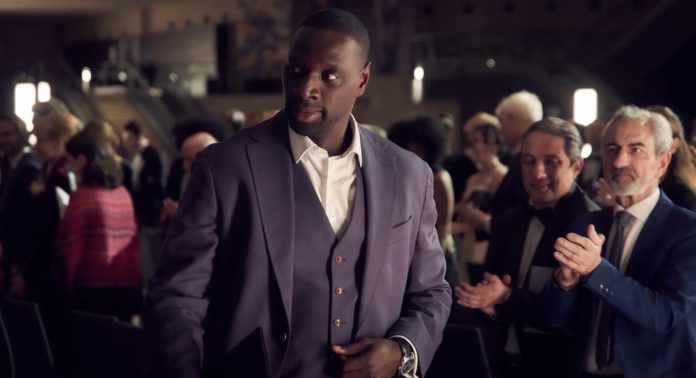 Omar Sy and Lupine are a hit in the United States. Released on January 8, the series rises to the top of the charts, becoming the first French TV series to reach the top 10 on Netflix US (it is ranked number 3 at the time of writing).

Inspired by the “Burglar Gentleman” by French writer Maurice LeBlanc, “Lupine, in the shadow of Arsene” is the first season in 5 episodes of the series. The story follows Assane Diop (Omar Sy), a young Senegalese immigrant who takes the character of Arsène Lupine as a model after his father was jailed (and subsequently committed suicide) for a crime he did not know. not committed. The series is a revenge-themed tale, with familiar characters: the lone vigilante, the cop who smacks of things but isn’t taken seriously, and the rich, mean old white. Everything is there: betrayals, sequences of fights in the train, false beards and reversible suit jackets, and – of course – a diamond necklace that disappears.

Brilliant and far from clichés, the series is savored like a favorite book read for the umpteenth time: even if you know what to expect, adrenaline always kicks in at the right time. Magnetic, Omar Sy moves his imposing physique with a gentlemanly lightness, embellished with a generous dose of panache, an impeccable wardrobe and an adorable thug smile. His nonchalance and his humor contrast with the story, much darker.

The moral of the “gentleman burglar”, more than a century after Leblanc’s works, is brought up to date, as when Assane convinces an old Parisian to give him jewelry that her husband obtained in the Belgian Congo. “The locals were sitting on a fortune“, she says. “They didn’t realize. We used“. This is exactly what Assane does by pocketing the woman’s valuables. When the talent of the original Arsène Lupine for camouflage and disguise, it takes on a whole new meaning when the chameleon in question is a black Senegalese immigrant living in France, confronted with his social invisibility …

“Lupine” is as much a thriller as it is a comedy. He knows what his audience expects and enjoys subverting their expectations. Like the young Assane, we end the series stamping with impatience to know the rest. Good news: the second season has already been filmed and should be released in the next few months.

LA Sheriff: "We have responded responsibly to COVID-19 in prisons"

Maricela Rodríguez, leader of the effort so that we are all...

[Webinaire] Prepare to reopen its business in the United States