Home Latest News Essential but without benefits: worker asks for help by COVID-19 and they... 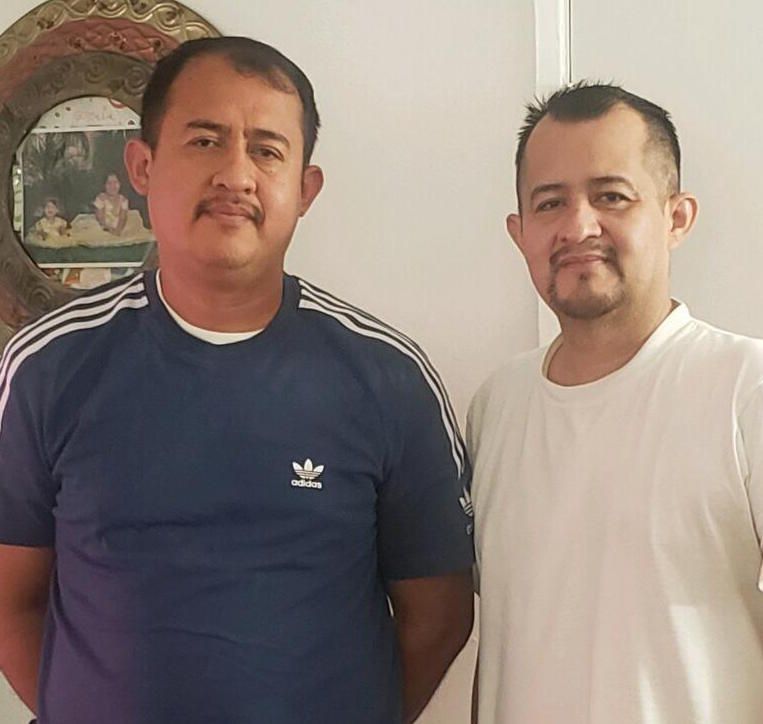 Pandemic highlights the vulnerability and labor poverty of the drivers of the Port of Los Angeles.

Manuel Chavarría, 41, has worked as a trucker for 16 years in the port of Los Angeles. But it was not until recently that he became aware of his rights after being out of a job after being hospitalized.

Two years ago, Manuel began working for the Container Connection company where his brother Luis Chavarría already worked. It is not strange to see that many truckers in this branch are usually considered independent workers in charge of the payments and service of their trucks, as well as their hours and benefits.

Following the coronavirus outbreak, truckers were identified as essential workers. This allowed them to continue working to carry loads to large stores such as Walmart, which is the number one customer for the Container Connection company.

However, they did not receive an increase in pay, as did the supermarket and pharmacy workers, with the “pay heroes”.

The Chavarría brothers, like many other truckers, decided to continue working because their personal and work expenses couldn’t wait.

What little did Manuel imagine is that during these days he would be infected with COVID-19. He does not know where exactly it could have been, but he does remember that in several places where he carried the load, the workers did not maintain social distance or wear masks.

At the end of April, he began to feel bad with a lot of pain in his body and trouble breathing. The COVID-19 exam was done, but its results did not arrive.

By May 9, he could not take it anymore and his wife took him to the hospital in an emergency where they gave him the news that he was positive for COVID-19.

“They told me they were going to pipe me. I didn’t know what that was, but I was sedated and I couldn’t get up, ”said Manuel. “I was like that from May 9 to June 17.”

Due to the unexpected news, Manuel did not have time to report at work. In his charge, he continued the obligation to continue paying for the parking of his truck at the company where he keeps it, the insurance and the monthly payment.

“My wife tried to talk to them for help and all they did was cancel my contract,” said Manuel.

This prevented the insurance costs of the unused truck from continuing to accumulate. However, it is still your responsibility to pay the $ 45 per week for the truck in the company parking lot and the more than $ 1,500 of the monthly truck payment.

“It has been very difficult because in itself the trips were already few and what I earned went to rent, the payment of the truck and my family,” said Manuel, who is married and has four children, three of them minors. . “I had no savings.”

While Manuel slowly recovers. He said the strength in his legs is slowly returning after being motionless for over a month. He also continues to have breathing problems and tires very quickly.

They don’t take the virus seriously

Luis, 42, said that since the pandemic began, the company has not taken it with the required importance.

“They just sent us a note that said we are essential, but they don’t care about us or tell us how to protect ourselves,” said Luis, assuring that his expenses are very similar to his brother’s. “Apart from work, the treatment of dispatchers dropped and they treat us as if we are asking for alms.”

This includes that the drivers of the trucks cannot go to the office and any paper they need must be requested and left in the warehouse.

“Be careful and get close to them because that is not allowed,” he said.

Luis said that after his brother fell ill, he found out about the Teamsters Local 848 union that represents several truckers from the ports. The brothers assure that the group has helped them morally, Manuel financially and both to know their rights at work.

Both siblings and their families have Medi-Cal because they claim that their expenses after all deductions are so short that they can’t even afford health insurance out of pocket.

“It is obvious that it does not reach them, that is why they are on Medi-Cal or Medicare with their families,” said Hidalgo. “Because these drivers are paying the expenses of these large corporations such as paying for trucks, fuel, insurance. The companies put these expenses on our Latin American drivers and that doesn’t make sense. “

Hidalgo expressed that it is estimated that the cargo truck drivers at the port are 97% to 98% Latino immigrants and, as in the case of the Chavarría brothers, most of them are unaware of their rights at work.

The Chavarría brothers said they hope the port companies can identify the drivers as employees and stop exploiting them.

They assured that for these corporations workers are only essential while they can work, because when they fall ill they do not care in the least about their health or the well-being of their family.

Manuel said that so far he has not heard from his company and does not know if he will have a job when he returns.

La Opinion attempted to contact Universal Logistics Holdings, parent company of Container Connections, but as of press time, there was no response.

Mexico has not paid the historical debt it has with thousands...

‘Criminalize’ day laborers to evict them from a workplace

XL Airways, it's over