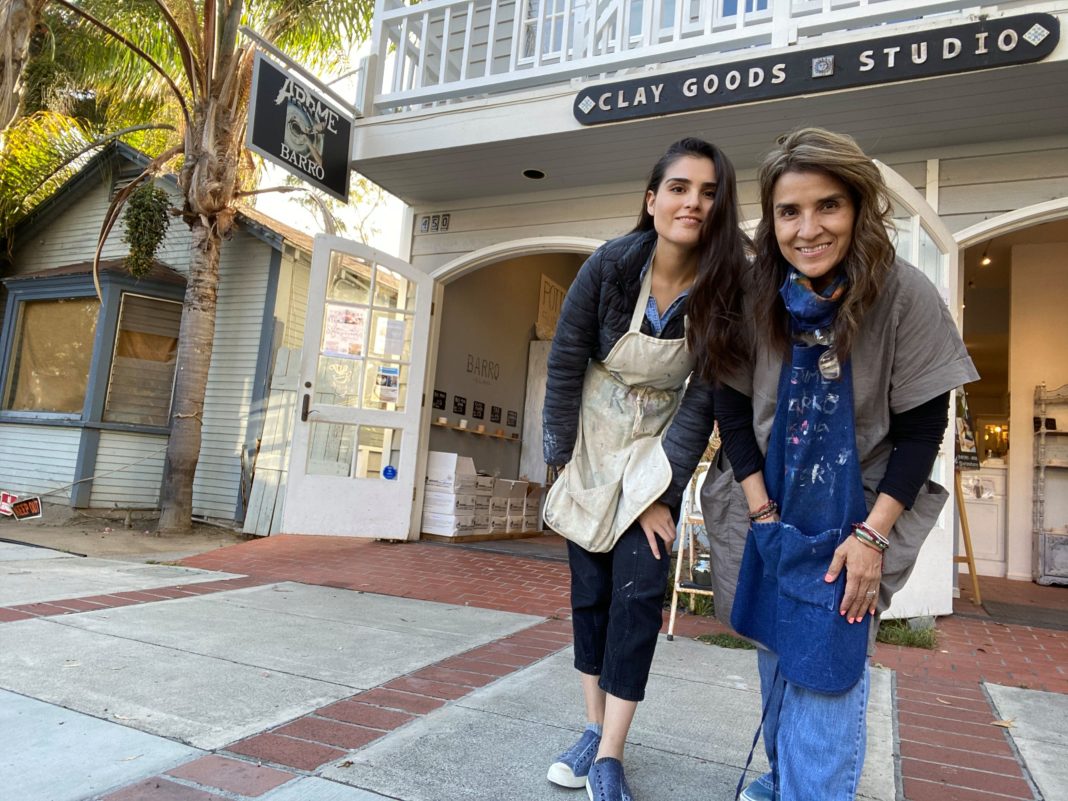 Gabriela Moreno, a Mexican immigrant, feels fulfilled because she and her daughters have managed to run two art schools in a predominantly white area, Orange County, where they have made a difference in the lives of many children.

This artist opened ARTime Studio in the city of Mission Viejo; and her daughter Nicole, ARTime Studio Barro in Laguna Beach, while the youngest daughter Tania is a teacher at her mother and sister’s schools.

“I love art, being a teacher, being a leader and doing businesss ”, She says happy about her audacity to explore and get ahead in an area of ​​southern California that is not very Mexican; and because her daughters have also followed in her footsteps in the field of artistic creation and entrepreneurship.

Gabriela was born in Michoacán, Mexico, but grew up in a family of 12 in Guadalajara where she lived until the age of 17 when her parents brought her to the United States.

In Guadalajara, Mexico, he graduated from Psychology in Art at the University of Fine Arts, but in Los Angeles County studied plastic arts at the Cerritos Community College.

“Since I was little, I always liked to draw. My brother who is an architect discovered that passion in me, and he told my parents that I was very good. This is how they put me to take art classes“, remember.

After graduating from Cerritos College, he opened his first art school in the city of Downey in 2002.

“I named it ARTime Studio, and I had up to 500 children who we taught to work in different techniques such as acrylic, watercolor, water paint, chalk and charcoal, caricature, among others,” he says.

In 2008 he closed his school in Downey, and launched into the town of Mission Viejo in Orange County, where after volunteering in the arts and teaching After School in the San Juan Capistrano School District, ARTime Studio opened in 2014.

“We teach arts classes to children from kindergarten to high school. My classes are very personalized. I like to teach them from a young age and respect their perspective to help them create their own style, “she says.

He adds that many parents make the mistake of wanting to impose their own experiences.

When her daughter Nicole returned from studying art in Europe, she decided to open ARTime Studio Barro in Laguna Beach specialized in ceramics. “There we also have a space for local artists to exhibit and sell their works,” she says.

They also offer different workshops in which different local artists teach their techniques.

Nicole remembers her childhood surrounded by art when in the summer of 2002, she and her sister Tania collected their easel, paintings, clay, a ceramic oven and boxes full of equipment to move to a new city and away from their memories, where they converted a nice place in an art studio.

“ARTime is truly a family affair with the participation of all family members.”

Like her mother, Nicole studied fine arts. “The second study gave me the space to grow and awaken my side in business.”

Tania, the youngest daughter, is about to graduate from film production.

Gabriela comments that she has never felt discriminated against in Orange County. “Each day has been fantastic because I have felt welcomed.”

He is a member of the Mission Viejo Cultural Arts Committee and has made his mark on murals at the Mission Viejo Library, Evolution Swimming Academy, Montanoso Recreation Center and Lakeshore Academy, among others. She is also an illustrator of children’s books.

ARTime Studio in Mission Viejo, is located in the 27001 La Paz Rd, Suite # 390 Garden Plaza upper building, ground floor; and ARTime Barro It is located at 450 Ocean Ave., Laguna Beach, CA 92651. You find her on Instagram as @ARTimestudio and @ARTimeBarro

The hospital ship USNS Mercy arrived at the port of Los...

The Thing About France, ep. 5, with Graydon Carter