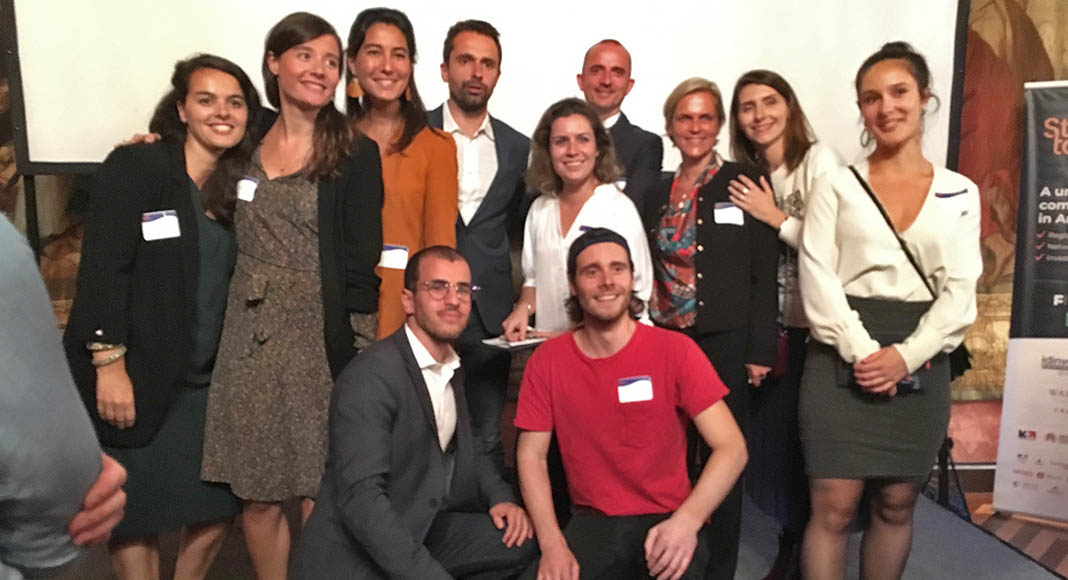 Ubees, "The beekeeper who wants to save the bees", according to its co-founder Maximilian Ebrard, won the New York stage of the Startup Tour. This competition of French start-ups organized by the FrenchFounders network and BNP Paribas, is held in seven cities in North America and Paris. The winners of these local stages will meet in September in New York for a grand finale.

Ubees, launched with Arnaud Lacourt and Jean-Charles Morisseau, was measured by five competitors: Ana Luisa, a responsible jeweler, Extend, a platform to facilitate the distribution of credit cards, Upfluence, a platform for linking brands and influencers, Syntony, which develops an underground GPS and Elsi, a start-up dedicated to products for sensitive skin (and winner of the FAEA Award 2019).

Ubees seduced the jury of eight entrepreneurs, investors and other business figures with its ambitious and ecological mission: to reduce bee mortality by "Precision beekeeping", according to Maximilian Ebrard. To achieve this, the company founded in 2017 relies on technology by equipping its 15,000 hives with sensors and other measuring devices to monitor, understand and adapt to the needs of each swarm.

The two gold mines of the start-up: the honey itself, that the entrepreneurs harvest, and the pollination – the fertilization of the pistil of a flower by the pollen transported by the bees – "A little known but huge market in the United States because all fruit farms need it"says the beekeeper trained at HEC.

Clearly, beekeepers rent their hives to farmers, including California, Dakota and Texas, depending on the season, which will reap higher quality fruits from bees. "80% of the plants we have around us need bees to reproduce and exist. So if the bees die, these 80% of plants, and especially all the fruits, disappear »he warned.

[Webinaire] Outlook for government stimulus packages for entrepreneurs in the United...

They impose a curfew throughout Los Angeles County. You will not...

A photo contest to put the rights of women in the...