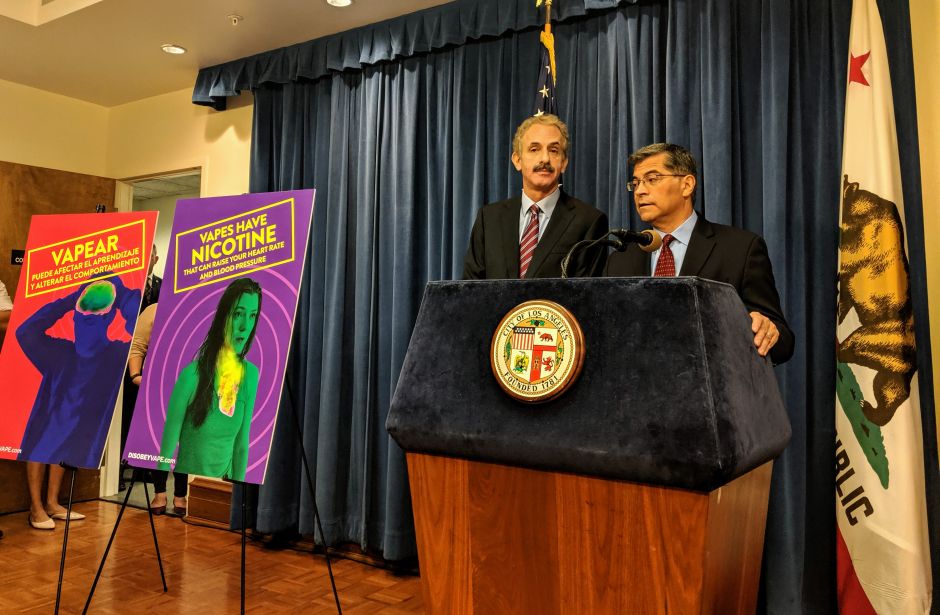 In television, film and Internet commercials, the community will seek to warn about the consumption of these electronic cigarettes

The campaign comes a week after Prosecutor Feuer submitted a report to the Los Angeles City Council, where he recommends the ban on flavor tobacco and announced an agreement between two vaping companies for allegedly selling products to minors. .

"The vaping industry is accumulating profits but it is our children who pay the price," Feuer told a news conference.

“We are in the middle of a public health emergency focused on‘ vaping ’, where 20% of high school students have smoked and there are a large number of diseases related to vaping; (also) of death, ”he added.

The Center for Disease Control (CDC) reported at least 530 diseases related to vaping in 38 states of the nation. Of this total, 11 deaths have already been reported.

For this reason, the California attorney general's office approved $ 1.5 million for the “Your Body Knows” campaign in the city of Los Angeles.

The multilingual campaign consists of commercials on television and cinema; as well as an Internet page, advertisements on social networks and on the streets to reach the community.

The money is part of the California Health, Research and Prevention Tobacco Tax Law, better known as Proposition 56, which adds a sales tax to the
tobacco.

“We want to protect the life and health of our children. We know well about this news of vaping where many have died or are injured … (There are) many families damaged by life, it is not something we want to see, ”said Attorney Becerra.

"This industry has responsibilities and we will do everything possible to ensure that the people know what they are consuming."

Prosecutor Feuer said the vaping industry has tried to cover the real risks of vaping with pleasant flavors for young people such as gummy bear and dulce de leche, sometimes promoted by celebrities.

"If the industry does not want to tell the truth about the chemicals they are inhaling, the risks of asthma and cancer and the possibility that vapers will eventually lead them to smoke cigarettes, we will tell," said Feuer.

The CDC reported that between 2017 and 2018 the use of electronic cigarettes among adolescents increased by 78% and during that same period it increased 48% among middle school students (11-14 years).

Experts say that vaping contains nicotine that can cause under impulse control, anxiety, learning disability and mood disorders.

The John Hopkins Medicine page explains that smoking a regular tobacco cigarette ingests up to 7,000 chemicals, many of which are toxic.

On the other hand, electronic cigarettes heat nicotine (extracted from tobacco), flavorings and other chemicals to create a water vapor that is inhaled.

Although it is said that electronic cigarettes are less harmful than traditional tobacco there is also a lack of knowledge of all their chemicals.

Because nicotine is the main agent in both regular cigarettes and electronic cigarettes, teenagers who begin to vape are more likely to switch to traditional cigarettes, because it is highly addictive.

Attorney Becerra said that in California action is being taken to prevent vaping.

"Several jurisdictions, cities, counties and school districts (of California) have received money like Los Angeles to boost their projects to stop the use of this product in minors," said Attorney Becerra.

Through the campaign, both prosecutors said they will give strong data to young people and their families. Already informed, it is the decision of each person if they decide to continue vaping or not.

To learn more about the campaign against vaping visit: disobeyvape.com

When payment for toys, it is thanks

Visa E-2: after the shock, the concern of French entrepreneurs in...

Arrested man suspected of attempted murder and kidnapping in Arcadia

New procedure to board buses in Los Angeles for the coronavirus