Home Latest News They secure 60 pounds of marijuana on Malibu beach, with an estimated... 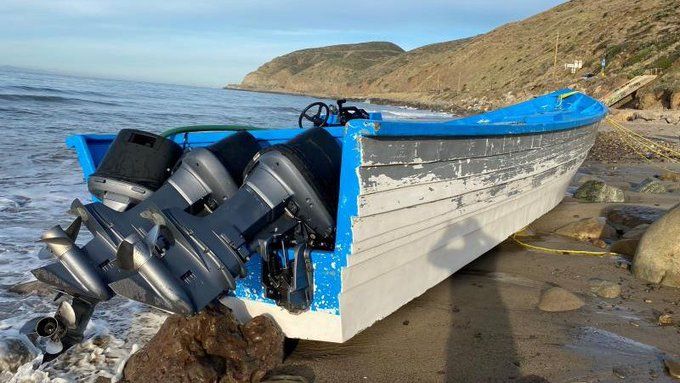 Although legalization has been carried out since 2016, the black market continues to grow in the state of California

The illegal merchandise was found very close to this abandoned boat.

The border Patrol assured last weekend 60 pounds of marijuana in a abandoned boat in Malibu, the agency said in a statement Tuesday. The merchandise was found on the beach Deer Creek Beach, near Point Mugu, and was confiscated by the authorities.

On January 5, at approximately 7:45 a.m., border patrol agents (CBP) attended a report of Maritime Coordination Center, by which it was said that a 40-foot boat and three engines had been nailed on the seashore. The agents they didn't find any person inside the vehicle or in the surroundings.

Subsequently, they proceeded to inspect the boatwhere they found large packages of marijuana and more of 500 gallons made out of fuel. In total, it was 60.08 pounds of marijuana, with an estimated value of $ 24,000 dollars.

According to the authorities, such a boat can carry up to 5,000 pounds of high speed drogras. Therefore, it is believed that the boat was not abandoned on purpose. The authorities consider it to be traffickers They had to leave because of a cable failure.

According to the newspaper Los Angeles Times, the state of California have the largest legal marijuana market in the world; However, the black market in the area is even bigger. Since October 1, 2019, the CBP has confiscated 925 pounds of marijuana, Y arrested more than 280 people in the area of San Diego.

Carroll Gardens, the favorite neighborhood of the French in New York

Activists meet in DTLA for the memory of a homeless