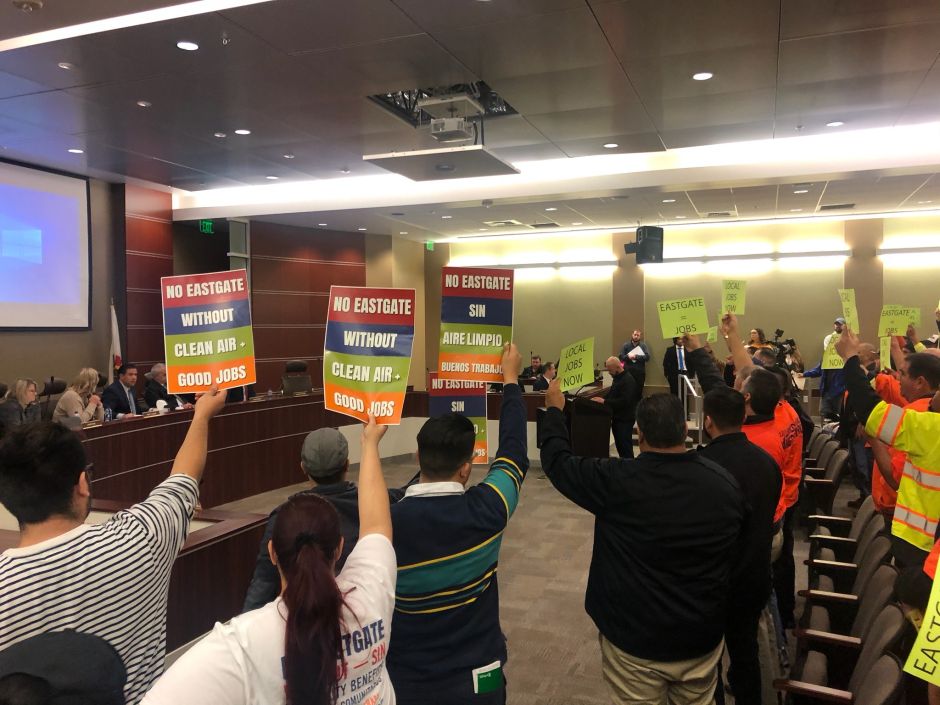 Despite great objection from the community, the San Bernardino International Airport Authority approved this week the lease of land for the installation of a logistics center to be developed by Hillwood Investment Properties during a special meeting on New Year's Eve.

With unanimous decision, the airport Authority approved the lease for the warehouse center that would be home to the Amazon company, a decision that was opposed by environmental community organizations and residents concerned with the high level of pollution in the region.

The vote will negatively impact working families in the San Bernardino area and surrounding community for several decades, said Tom Dolan, executive director of the United Congregations for Change.

"This land lease does not guarantee good jobs and clean air for residents who will undoubtedly be affected by Eastgate operations," said Dolan.

According to environmental groups such as the Center for Community Action and Environmental Justice (CCAEJ), the logistics center called Eastgate is projected to add 26 daily flights to the local airspace and 500 daily trips of diesel trucks to the local streets.

The project has been the subject of intense protests and debates among members of a community listed as one of the most polluted in the nation.

The lease agreement approved by the Board contains a confidentiality clause that prevents the Authority from disclosing information about the Hillwood tenant and the terms of the rental agreement without Hillwood's consent. However, everything indicates that it will be Amazon who will occupy the wineries, said Adrian Martinez, representative of Earthjustice, a public interest nonprofit environmental law organization.

"A gag law that makes the public not know who the tenant is for this project is an extreme and wrong decision for a government agency that supposedly represents people," he said.

"The Authority clearly does not care about significant public input and general transparency in holding such an important meeting for such a massive project at such an inconvenient time (during the holidays)."

According to Tammy Viescas, a member of SB Airport Communities, which seeks inclusive development, the lease means that Hillwood has the right to use airport runways, taxiways, ramps, public roads, and the streets, causing pollution in the area.

“We are not against development, we are in favor of one that guarantees benefits for our community,” said Viescas.

The initial lease term is 35 years, with two five-year options and a four-year option to extend the term.

The initial monthly rental income has been calculated at around 215,700 or 2.6 million dollars per year, according to the Authority.

The lease decision came after the announcement that the Federal Aviation Administration (FAA) approved the Eastgate project, clearing the way for its construction.

The approval occurred on December 23 when Mark McClardy, director of the Airports Division of the Western Pacific Region of FAA, said the project met all federal requirements and would not affect the environment.

Thus, despite the opposition of the community and the candidate for the presidential nomination of the Democratic Party Bernie Sanders, and California prosecutor Xavier Becerra, the Eastgate project, which is agreed to be located west of Victoria Avenue south of Third Street, in San Bernardino, received permission to take off.

Supporters of the project allege it will generate around 4,000. Opponents argue such jobs do not offer fair wages, medical benefits or benefits.

Is New York a sad city?

Where is the best place to live in Fresno?

What are the downsides of living in Raleigh NC?

Is it cheaper to run AC or fans?

What part of Orlando is best to live in?