Home Latest News The colors are over: Metro transportation will be identified by letters 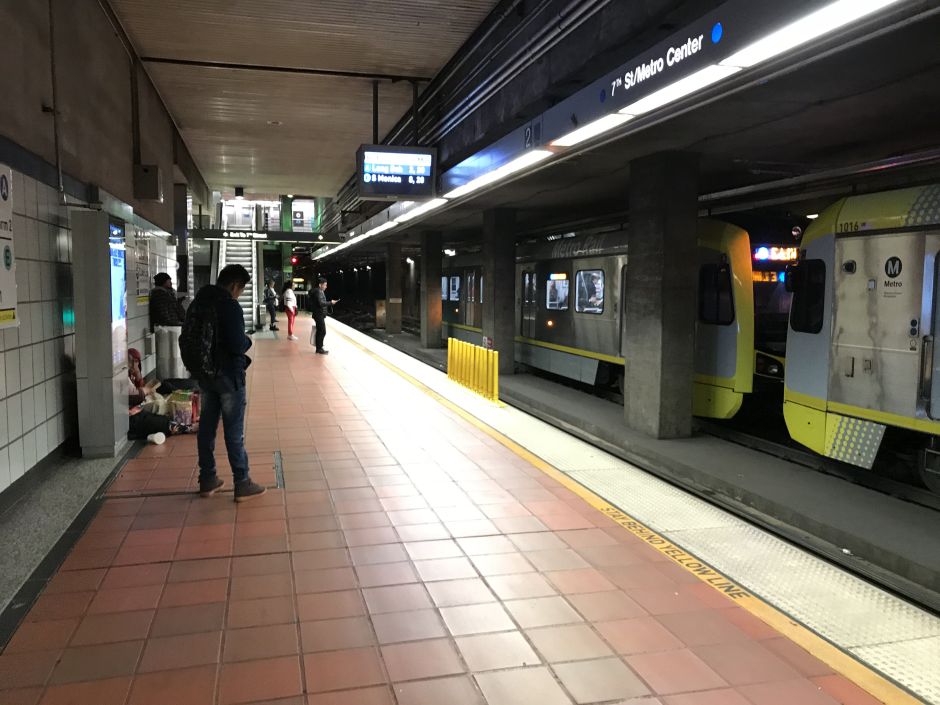 Authorities say the system will be better; users still get used to the idea of ​​change

Metro lines will no longer be distinguished by colors to identify the various train routes and will start using letters, with the aim of not limiting the growth of the transport system.

When using the alphabet, the possibilities of development are extended, the authorities indicate, although the use of some letters will be omitted – such as the H, used in the maps to find hospitals, and the I, of
information.

The first to change were the Blue and Expo lines, which now begin to be known as A and E respectively; the others will be modified in the coming months.

“I have never heard that the Expo line is called E, but the Blue line has begun to hear that they say A… [To the passengers] it will take time for our ear to get used to the letters,” he said Roy Wojahn, a retired man who volunteers at the information kiosk at Union Station.

"We are living a slow transition."

"No one from Metro has come to tell us these things, we have had to find out through the media," he added.

Among the train travelers, the news of the change has also been a surprise, since they were not informed about the adjustments that will be made, although these will be done in phases.

“I always use the Green Line, the one that comes from Sylmar, and I got used to calling him by color.

Maybe young people don't find it difficult, but older people [like me] do… I was just learning colors, ”said María Esther Salas, a Mexican who lives in Los Angeles and uses public transportation in a way sporadic

In the same way, Dolores Jauregui, of Mexican descent, said: “You identify everything by colors and the truth, it will be difficult, because it will generate confusion. People are more visual and now we have to find a letter and that can be more difficult. ”

Metro, through its portal elpasajero.metro.net, explained that in the transition stage all stations are expected to update their signs; However, it is still possible to see the color and the letter to facilitate the process of change in the community.

The transport service informed that, in part, the change is made to avoid confusion among passengers since in some maps the colors cannot be distinguished well.

For Raúl Martínez, 33, the new Metro format is something positive, as it could help make the transport system more orderly.

"It's going to be something new for everyone, you just have to be more aware so as not to get lost," said the Mexican who uses public transport every day to travel from his home in Pasadena to his work in the city of Duarte.

"I think it will be easier with the letters … Sometimes the colors do not look good, besides, now everything is on the phone, there is no way to get lost," he added.

Like this young man, many users indicated that this transition does not seem to cause much chaos in the routine of passengers.

"If you are going to follow the same route as you do now, I don't think there is any problem … What I would worry about is that with these changes come others, such as raising prices [of trips] or changing the route, but with the I don't see a big change in letters, ”said Ana Flores, 25, who also uses public transportation.

This Guatemalan also said that she had not heard about the change despite using the service every day, especially the Golden line and the A-line before Blue.

For his part, Esther Alvear, 71, said that this process does not worry him, since it is to improve the system.

"I have used the Metro all my life and I do not think that this will affect me, it is just a matter of learning and getting used to it, it also seems that it will be for all this transport to improve," he said.

The change will begin to be more evident as the days go by.

The new names of the Metro lines are:

Is good know that…

Eventually the Golden line will disappear once the Regional Connector is inaugurated, since it will link it with the Blue, and Expo lines.

With this project, you can travel from Azusa to Long Beach and from East LA to Santa Monica without having to make train transfers.

The Regional Connector is expected to be ready in 2022.

What should dreamers do to avoid exposure to Migration?

Why can we disinherit his children in the United States?

An exhibition on Paris during the Belle Epoque at the Norton...