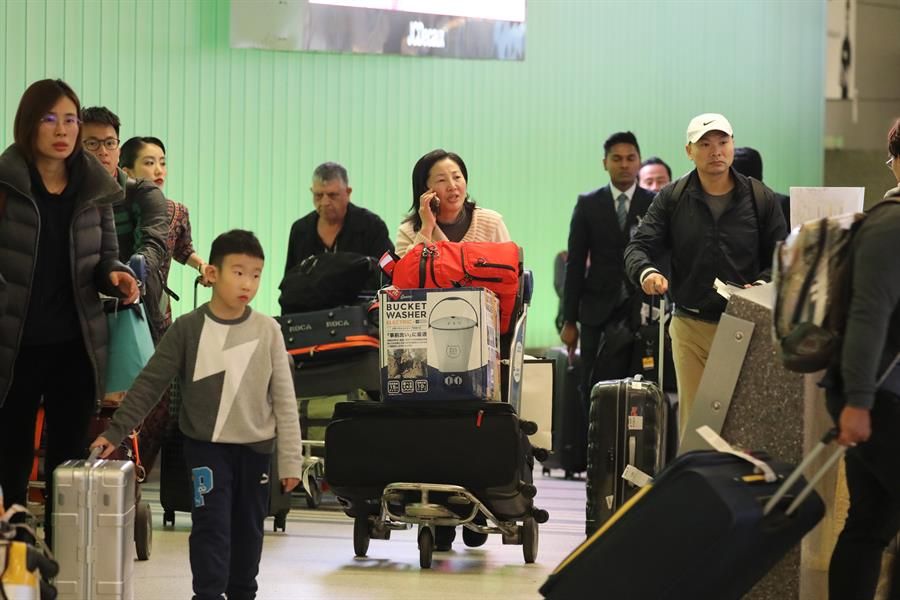 Health authorities sent the affected person to the hospital for evaluation

The passenger of a flight from Mexico that arrived Wednesday night to the Los Angeles Airport (LAX) with Flu symptomsHe was hospitalized upon arrival to determine if you have Wuhan virus or coronavirus which has caused several deaths and hundreds of infections in China, local media reported today.

The local television network of CBS in Los Angeles indicated that the passenger, that has not been identified and whose nationality is also unknown, had symptoms of being sick after arriving around 7 pm local time (10 pm EST) on a flight from American Airlines coming from the Mexico City, without it being clear if that had been the starting point of his trip.

Los Angeles airport, California, like those of San Francisco, Chicago, Atlanta and the John F. Kennedy from NY, has been placed since last week on alert by US health authorities for what check passengers that come before the fear of a spread of this new type of coronavirus emerged in China, similar to that of severe acute respiratory syndrome (SARS).

A patient of Washington state was diagnosed Monday with the Wuhan virus, in the first case confirmed of this type of pneumonia in U.S, which has already left 17 dead Y more than half a thousand infections in China.

The affected person, who I had recently traveled to the Chinese city of Wuhan, epicenter of the outbreak, had been hospitalized last week, before the alert was given at airports, after experiencing symptoms of pneumonia and, according to the authorities, is “quite sick”Although stable, as reported by Center for Disease Control and Prevention (CDC).

The Chinese authorities have closed the Chinese city of Wuhan and two others nearby to contain the spread of the viral pneumonia outbreak while confirming that the virus can be transmitted from person to person.

Cases of Wuhan pneumonia have also been detected in Taiwan, Japan, Thailand Y South Korea, among others.

Building owners sue the city of Los Angeles over rent and...

Father accused of killing his 2 children for insurance money in...

A nostalgic evening dedicated to retro French ads at the Raymond...