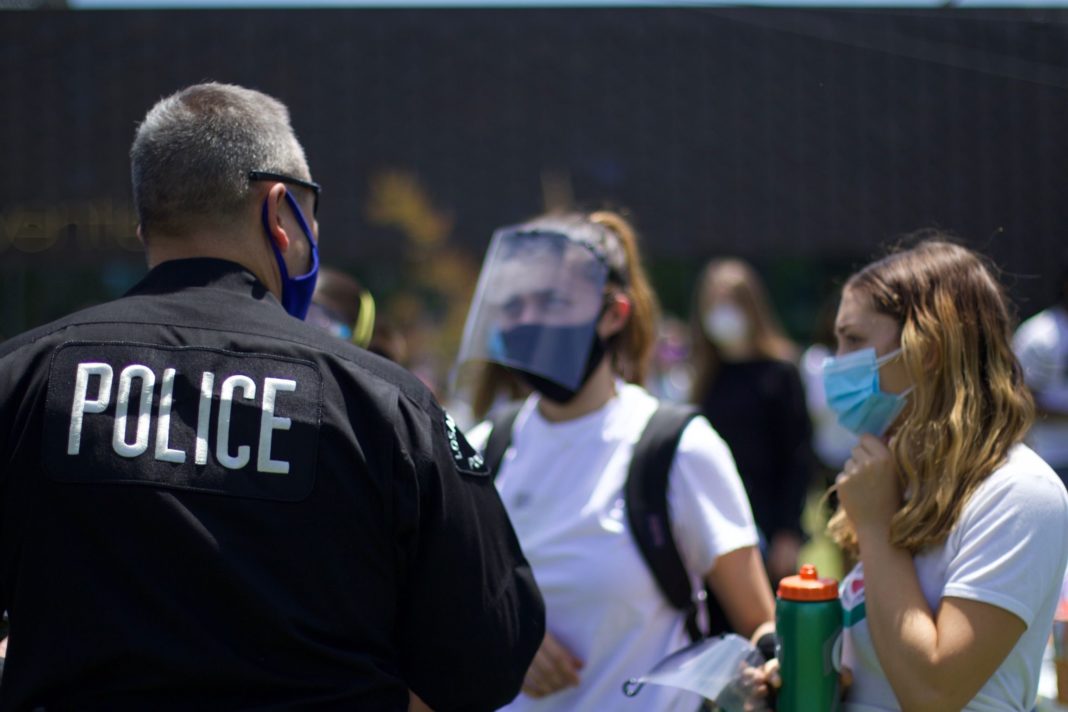 There are already four days of protests in Los Angeles against police brutality, and three nights of curfew 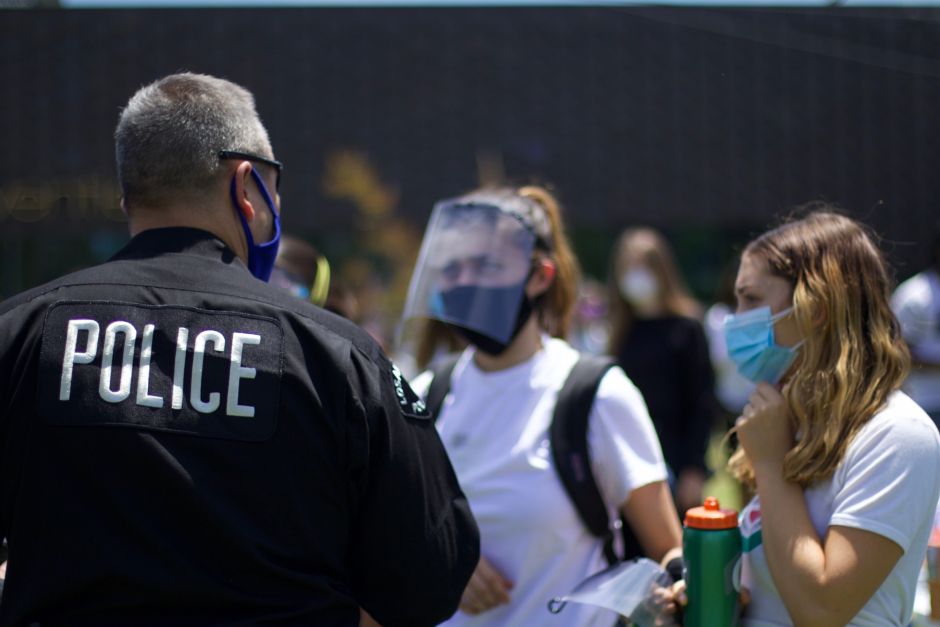 Students from various schools came out to demonstrate for Floyd. (Courtesy Thibeaux Hirsh)

Protected by face masks to avoid exposure to the coronavirus, students from various Los Angeles high schools joined protests in Los Angeles demanding justice for the murder of George Floyd by the Minnesota State Police in Minneapolis.

The massive protest involving nearly 200 high school students kicked off on Hollywood Boulevard and Vine Street in Los Angeles. The protesters carried signs that read: Without Justice, there is no peace. Am i next Stop the war on African Americans! Latinos for African American lives. Stop funding the police!, among other.

At the same time they chanted slogans marching around the surrounding streets. There was no shortage of people asking the police to join them for a walk.

"I want to use my voice to inspire the next generation. It is very sad what is happening in this country. No one should be at risk for the color of their skin. It's not fair, ”exclaims Daniela Salazar, an 11th grader at Immaculate Heart High School in Los Angeles, and just 16 years old.

Daniela is part of Students for Floyd, a nonprofit organization whose goal is to obtain justice for the African American man and countless innocent people who have been killed by the police.

"We have been protesting peacefully for the past few days, and doing clean-ups to help businesses recover from looting and vandalism," says Kate Rodgers, also a high school student, member of Students for Floyd.

Thousands participated in the demonstration under the expectant gaze of the elements of the National Guard, and of a strong contingent of local police officers who blocked the entrances to Highway 101 to prevent protesters from entering that road as the Monday on Highway 405 near Wilshire Boulevard. At some point, a group of guards fell to their knees in solidarity with the protesters and their cause.

The march was divided into two groups. One marched down Las Palmas Avenue to the south; the other group headed toward Hollywood Boulevard.

Cleo Riley, president and founder of Students by Floyd, in addition to being a junior student at Immaculate Heart High School, points out that her organization involves boys from Alabama and Los Angeles who want to take action so that there is justice for the murdered African American.

“It was completely horrible to see the video of Floyd's arrest. We are tired of nothing happening. We want to see changes in the legislative system, in government, and in policies. ”

The lack of student organizations involved in the issue led her to create last week the Students for Floyd organization.

Over the weekend, the group created by Cleo participated in cleaning up the damage caused by vandalism.

"Cleaning is important because the intention is not to create chaos with these protests, and we do not want them to be associated with any of these causes"

Tuesday was the fourth day of protests in Los Angeles against police brutality following Floyd's death at the hands of Minnesota police. Due to the looting that has been unleashed, Los Angeles County has maintained a curfew since Sunday and for three consecutive nights, from six in the afternoon until six in the morning.

This Tuesday, a group of protesters moved to protest outside the official residence of Los Angeles Mayor Eric Garcetti for dedicating a $ 1.8 trillion of the 2020-21 budget to the Police Department. Garcetti met with protesters and knelt in solidarity for Floyd's death on May 26.

Just the day that Floyd, a Minnesota state trooper was suffocating him by putting his knee around his neck, several organizations, including Black Lives Matter, presented the results of a poll of 1,470 Angelenos asking to redistribute how Los Angeles spends its money. They proposed dedicating most of the spending assigned to the police to social housing.

The green card lottery 2021 is open

Three French films at the Animation is Film festival in Los...

It seeks to extend the income moratorium until March 2021