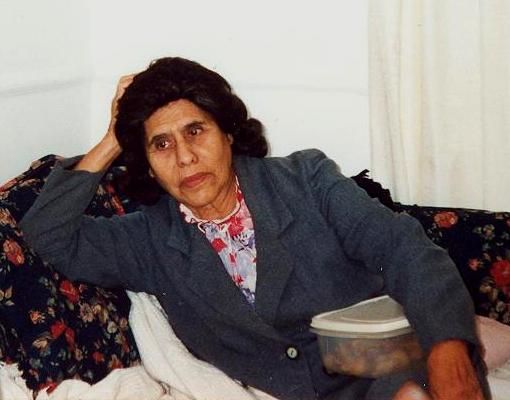 When I came to work at La Opinion in 1977, Eva Narváez was Mrs. Narváez, the head of the newspaper’s Classified Ads section.

By then, she had been in the newspaper for more than 20 years.

Although she did not compete in years worked with Don Alfredo González W., Rodolfo B. García, Nicolás Avila, Andrés Laguna and others, these honorable gentlemen, like Horacio Martínez, who came to La Opinion after her transfer from La Press from San Antonio, Texas, respected and saw her as a key person in the company.

His section was in charge of generating economic resources for the operation of the newspaper.
For me, that was the importance of the work of Mrs. Narváez and the group of young people who, as the newspaper grew, hired and guided in the sale of classifieds, one of the two pillars of the economic support of the newspaper. The other pillar was the notice displayed.

Make money. Yes, that was the work of Mrs. Narváez and her team.

Money to pay wages, operate equipment and machinery, and produce the daily newspaper that thousands of Latinos looked for every morning on the streets of Los Angeles.

And he did it for over 40 years. And especially during a very important period in the life of the newspaper that experienced an enormous growth in circulation and readership during the 80’s and 90’s.

The circulation of the newspaper increased at the rate of growth of the Latino community at that time.
Many readers bought the newspaper to read news of all kinds and many others did it to read the classifieds in search of work.

As a sample button I can say that my father-in-law found his sister-in-law a job in the pages of La Opinion back in the 60’s.

I often heard, and even occasionally hear, stories like those of people who went to the classified pages of La Opinion in search of work.

That was the importance of the work of Mrs. Narváez and the team she led: generating resources and serving thousands upon thousands of readers.

He was born on April 8, 1920, in El Paso, Texas. She was the daughter of Antonia and Vicente López.

She wanted to be a pilot and was only a four-hour flight away to obtain her pilot’s license when World War II broke out.

The family moved to Los Angeles in search of better opportunities. And that’s how she got to La Opinion.

This Thursday her loved ones said goodbye to her at the Forest Lawn Cemetery in Hollywood Hills.
Rest in peace.

Street workers, a sector of the industry that if it does...

Charlotte Gainsbourg at the FIAF gala: "In New York, I can...