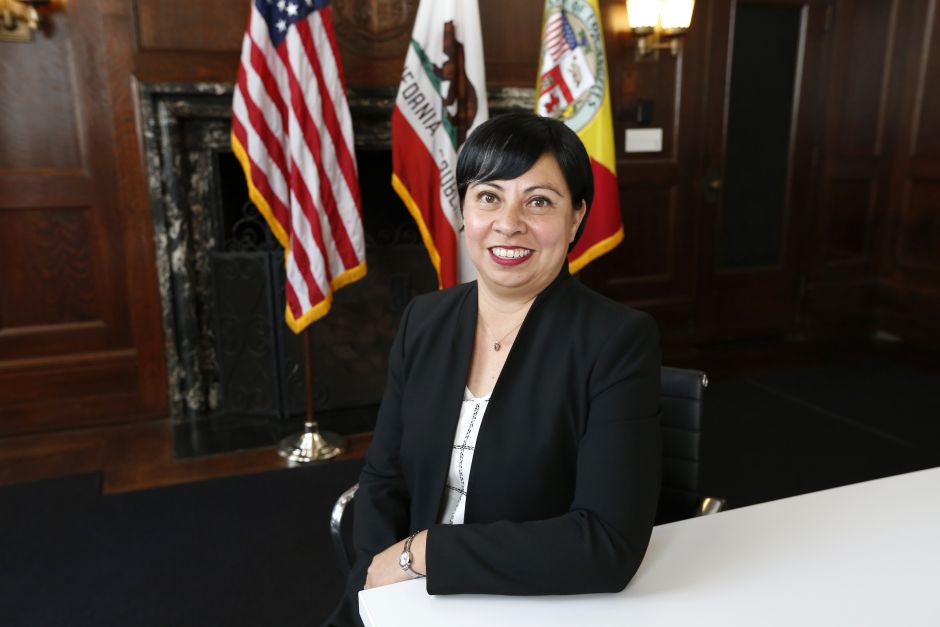 Nora Preciado is convinced that her own experience as a migrant and as a lawyer for immigrant rights led her to be named director of Immigrant Affairs for the city of Los Angeles.

“I am very excited to reach this position and to expand the great work the mayor has done to ensure that all immigrants and refugees feel safe and can access all the programs offered by the City departments, as well as to provide them with information on how they can protect themselves and contribute to our communities, which benefits us all, ”he says.

“I was born and raised in Mexico City. I came to the United States to 13 years. My parents brought my three brothers and me. They came for the same thing that attracts all immigrants, the search for a better life and for living the American dream of more opportunities, ”he says.

Nora's family settled in Orange County where she grew up.

“It was a great adjustment and a drastic change. I didn't speak English, but I have a very supportive family and that helped me a lot, ”he explains.

His parents made a living working as laborers in the factories of Los Angeles. They got to have their own transportation business. Currently, they are retired.

It was his parents who instilled in him that the most important thing was education and the only thing he was going to leave for inheritance. "They always supported us to study," he says.

When he was in high school, he discovered his vocation. “I realized that the law was a very effective weapon to make changes in society. The only experiences with lawyers had not been very pleasant. I wanted to do something different, help our community, create changes in our rights and in the treatment of immigrants. I wanted to give others the opportunities to contribute to our community and support the next generations", Explain.

As soon as she graduated as a civil law lawyer specializing in constitutional rights of immigrants, she became a citizen of the United States in 2005.

“I always felt an important part of the communities to which I belonged. I always wanted to contribute in every possible way. My immigration status – becoming a citizen – opened up more opportunities to do it in other ways, ”he says.

How do you find the situation of immigrants?

“One of his biggest concerns is feeling safe in his daily life. Our role is to ensure that they feel comfortable accessing the programs and services offered by the City, both they and their children, who are citizens of the United States who are also affected by fear of Washington's policies. Almost 50% of the workers in this city are migrants and 50% of the business owners are immigrants. ”

With just a few weeks in office, Nora says they evaluate the programs and services offered; and they will consult with immigrant organizations and immigrant families to learn how they can support more.

“It is a process that will come a while. We want to see how we can expand the help that is being given, continue collaborating; and keep us attentive to the needs as they arise, ”he notes.

Nora emphasizes that the commitment to the immigrant community from Mayor Eric Garcetti, grandson of immigrants, is strong. That is why he reopened the immigrant affairs office and has approved initiatives that ask all departments, including the police, to provide services regardless of status; and it has promoted support so that they become citizens, vote and participate 100% in the communities.

“The city of Los Angeles contributed two million dollars to the pilot program of the Legal Justice Fund. More than 500 migrant families have been represented, and more than 100,000 people have been supported to become citizens, ”he says.

He stressed that they are interested in supporting half a million undocumented people and all immigrants living in the city of Los Angeles so that they are prepared, know their rights and access legal resources.

"We are interested in listening to the problem, we also want to continue collaborating to meet their needs and know their priorities so that they participate freely without fear."

To contact the Office of Immigrant Affairs, you can connect to the Stepforwardla.la.org0 site

Do you have your umbrella ready? New storm threatens the Los...

University of California is arrested for inventing racist threats

A lunch on Trump's foreign policy with the French Protestant Church...

School-age children in California can receive up to $ 365 for...