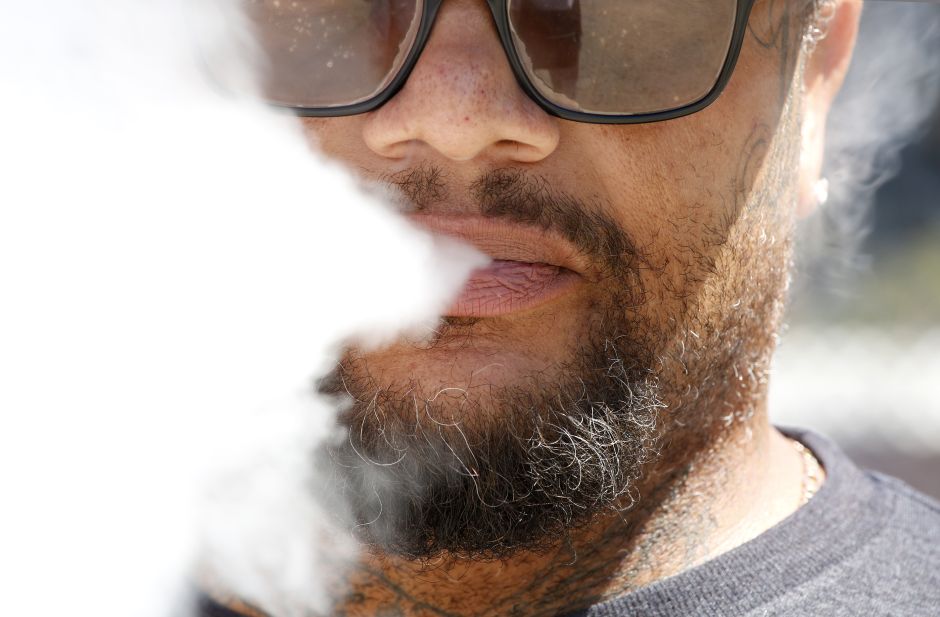 People are getting sick and some dying, said Governor Gavin Newsom

In the midst of heated protests, the Board of Supervisors banned tobacco products with flavors including mentholated products consumed through electronic cigarettes. The decision was made unanimously to protect the health of minors and youth in Los Angeles County.

The ordinance needs a second vote that will be taken next week. If the final approval vote is given, it will take effect 30 days later. Tobacco sellers will have up to 180 days to obtain new licenses and clean their shelves of flavored tobacco products.

“For decades we made incredible progress to reduce the growing use of tobacco among young people. But flavored electronic cigarettes have reversed that trend, ”said Supervisor Janice Hahn, president of the Los Angeles County Board of Supervisors.

"By taking action and prohibiting the sale of flavored products that mask the smell and taste of tobacco, we can save the next generation from the same terrible health effect of nicotine addiction that generations before they suffered," he said.

The approval of the ordinance in a first reading occurred almost at the time that the health authorities of California urged people to stop using electronic cigarettes immediately, because throughout the country, hundreds of consumers of this type of tobacco They have been hospitalized with severe damage to their lungs. In California, there have been two deaths and 90 individuals have gone to the hospital. Two thirds of cases throughout the country, with lung involvement have been among people between 18 and 35 years.

"People are getting sick and some are dying as a result of inhaling tobacco through the vaporizer"Said California governor Gavin Newsom in a statement.

The cartridges of electronic cigarettes come loaded with nicotine that when heated turns into steam that is absorbed by consumers.

Barbara Ferrer, director of the Department of Public Health said that flavored tobacco products have led to the current vaporization epidemic among young people. "Encouraging them to experiment can lead to an addiction for life," he said.

He added that evidence about the severe damage they can cause to the lungs is on the rise.

And he recalled that nationwide there have been nine deaths, one of them in Los Angeles. This has led to the Food and Drug Administration and health authorities declaring youth consumption as an epidemic.

Los Angeles City Attorney Mike Feuer will launch this week, the “You Body Knows” campaign, a multilingual platform to counter the triggered rates of youth consumption of electronic cigarettes.

Only one pod of vaporized tobacco has the same level of nicotine as a whole pack of regular cigarettes.

The Centers for Disease Prevention and Control described that the symptoms of lung discomfort from electronic cigarettes include chest pain, breathing problems and vomiting.

Business owners showed that they have no interest in selling cigarettes to minors; and asked to focus on young people with more focused measures. The discomfort came from tobacco owners and those who defend electronic cigarettes as an alternative to quitting smoking.

“This is our livelihood. We have been selling this product for ten years. Please protect our children and us, ”said Farid Zahreddine, a business owner. Even Chris Wheeler of Savage Enterprises said that they represent small businesses, not the big tobacco industry. He alerted the supervisors that the ordinance will be a great gain for them.

However, Ferrer revealed that an audit of 280 businesses showed that one in four sold to lower consumers.

During the hearing at the Board of Supervisors, some students openly said that many of their classmates have become so addicted that in the classroom they start giving their tobacco vaporizer.

Ferrer said that 2% of high school students and 4% of young adults who were polled, used hookahs for smoking (in English hookahs) just for the taste.

The ordinance does not complete prohibiting the use of hookahs but only the use of flavors.

"What we are asking is to ban the sale of flavors to mask the hardness of tobacco products," said the county public health director.

Upon approval, the ordinance will require that tobacco and electronic cigarette sellers obtain a new license from Los Angeles County with an initial cost of $ 778 and another $ 142 every two years. They will also have to have a tobacco sale license that costs $ 235 each year.

Prior to this ordinance, tobacco businesses did not need a county business license. With the license they will be able to regulate them and monitor that they do not sell to children under 21.

A European conference to save the climate in Miami

Rosa Porto, the founder of Porto’s Bakery and Café in Los...

Parents reunite with their children after being deported under deception

Expatriates or professional missions: to stay in Paris without a headache