Home American Life Why are party goblets red in the US? 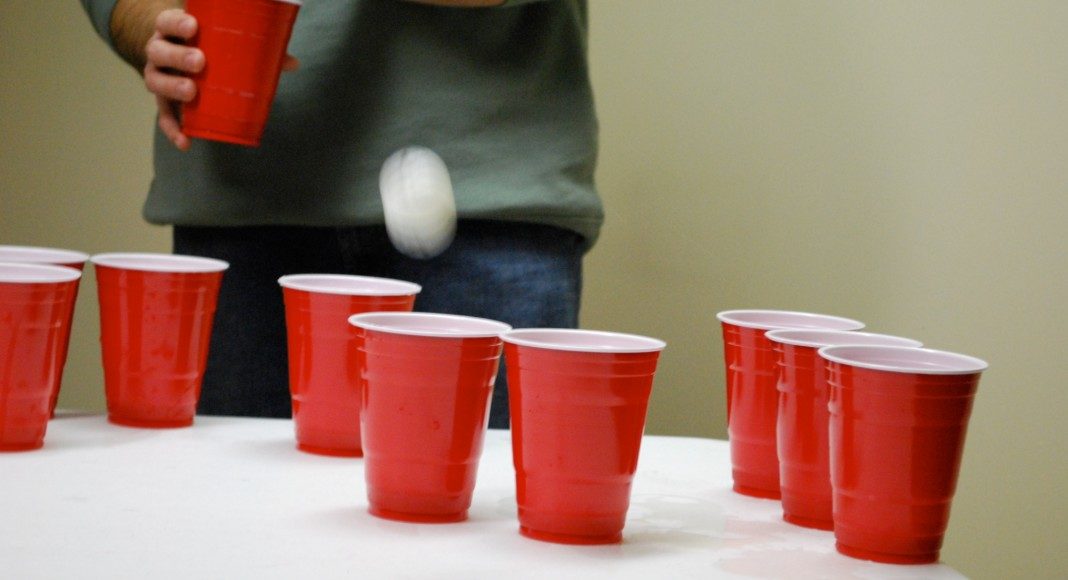 You could not see an American comedy or teen-movie without seeing them. The "red cups" are inseparable from alcoholic evenings that end in beer pong. But why do these goblets all – or almost all – have this flamboyant red color?

One could answer this: the evening goblets are all red because most of these small plastic glasses sold in the United States are manufactured by the same company, Solo Cups, in a quasi-monopolistic position on this market since the launch of the concept. in the 1970s. Founded in 1936, Solo initially manufactured the small paper cones used to drink water fountains in companies, then launched the "cozy cups", a range of plastic coffee cups, in the It has since been bought by Dart Containers and the brand "Solo" has been registered.

Originally, the cups were rather dark red, almost burgundy, before adopting the scarlet hue that we know. The reason behind the choice of this color is more mysterious. The founder of the brand, Leo Hulseman, never provided the explanation during his lifetime – he died in 2016 – but the conjectures are numerous. Among the most likely, supported by Solo Marketing Services, is the fact that red is a bright color meant to stimulate the senses and recall the excitement of the party. Andrew Elliot, a professor of psychology at the University of Rochester, New York, told the BBC that according to some studies, the scarlet color would increase heart rate and testosterone production.

Kim Healy, product manager at Solo, also speculated that red is "a "gender-neutral" color, which attracts both men and women"In an interview for the MentalFloss website. "Over time, it has become a standard".

Recall that two colors are used in the evening: red for a drink with alcohol, blue for a non-alcoholic drink. Their opacity, in addition to being aesthetic, allows to hide the contents of the glass in case of police raid. With the age of majority, and therefore the right to drink alcohol set at 21 in the United States, it is a significant advantage.

Latest fun fact about the red cups: the lines that streak them horizontally correspond to the quantities of alcohol usually served in bars, like a measuring cup. Dart Containers affirms however that this particularity is only the fruit of chance …

The stars of La Casa de Papel invite you to zoom

Charlotte Gainsbourg awarded at the FIAF Gala in November

Why is peanut butter so popular in the United States?