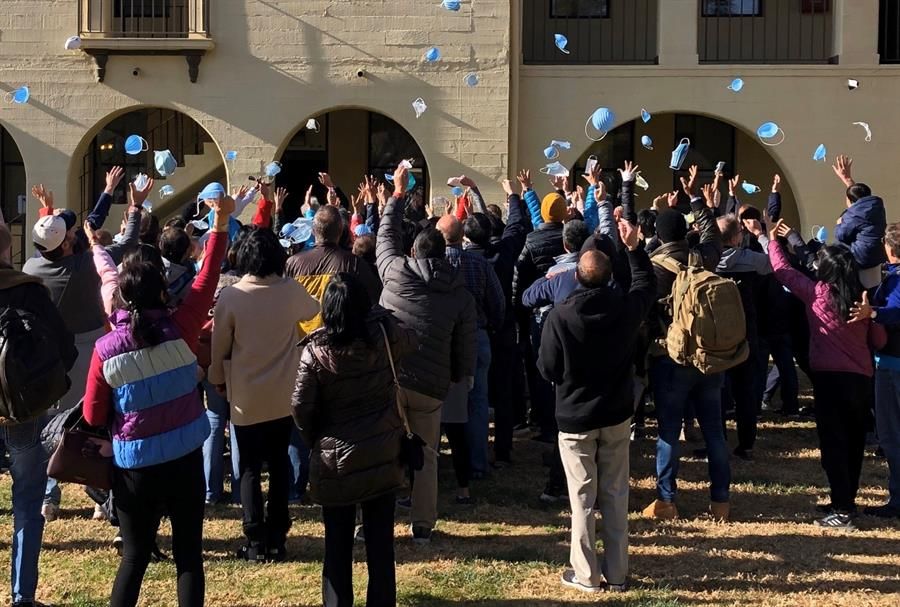 There were two scares, but no contagion, at the Ontario military base, east of Los Angeles

LOS ANGELES.- Close to 200 Americans evacuated from Wuhan, China, left this Tuesday military base in the southern California where they were in a quarantine from 14 days what concluded without nobody was diagnosed with the disease.

The 195 people, among which are several children, were part of the first group of evacuated of the epicenter from the outbreak of coronavirus to territory U.S.

Military base March Air Reserve Base in Riverside, located about 110 kilometers from the center of The Angels, housed the evacuated since last February 29, where they were kept in strict medical surveillance.

During the quarantine period, two children presented fever and were taken to Medical Center of the Riverside University, where they were placed in isolation for observation.

The two children later returned with their parents to the military base after the laboratory exams discard the virus spread.

The evacuees were taken by buses to the airports of Ontario Y The Angels from where they will travel to their homes in the states of Florida, Texas Y NY, among other destinations.

Local media showed a photo provided by health authoritieswhere the group looks back throwing the air caps in celebration of the end of quarantine.

The presence of this group at the base facilities unleashed attacks against base workers in days gone by fear of the population that they could infect neighbors in the region, so the health authorities were forced to send a public letter to the community on Monday.

“Please understand that people inside and outside the base do not have a greater risk of exposure to the new virus, ”said the public health official Cameron Kaiser.

The end of the quarantine at Riverside contrasts with the situation at a military station Miramar in San Diego, where a group of evacuees arrived on February 5.

The Centers for Disease Control and Prevention (CDC) confirmed on Monday that one of the Americans gave virus positive.

The patient is one of the four people, including a minor, who were hospitalized after they showed symptom related to the disease after arriving from China, where 42,708 people have been diagnosed with the disease and 1,018 They have died from this ailment.

The initial results were negative, and the four patients were discharged from the hospital of the University of California in San Diego and returned to quarantine at military facilities.

However, this Monday CDC informed the Department of Public Health from San Diego that additional tests revealed that one of the four patients had tested positive for the presence of the virus.

The patient was admitted again to the University hospital, where he is isolated and under the observation of medical personnel, under the supervision of the CDC, who have confirmed 13 cases of coronavirus in the United States, seven of which have been identified in California.

French start-ups in the spotlight at the Créative Lab

2 hours from Manhattan, farmers rally against the ban on foie...

49ers fans in LA talk about their "crazy" team