Home Culture Caravan Palace in the United States: "It's not a holiday" 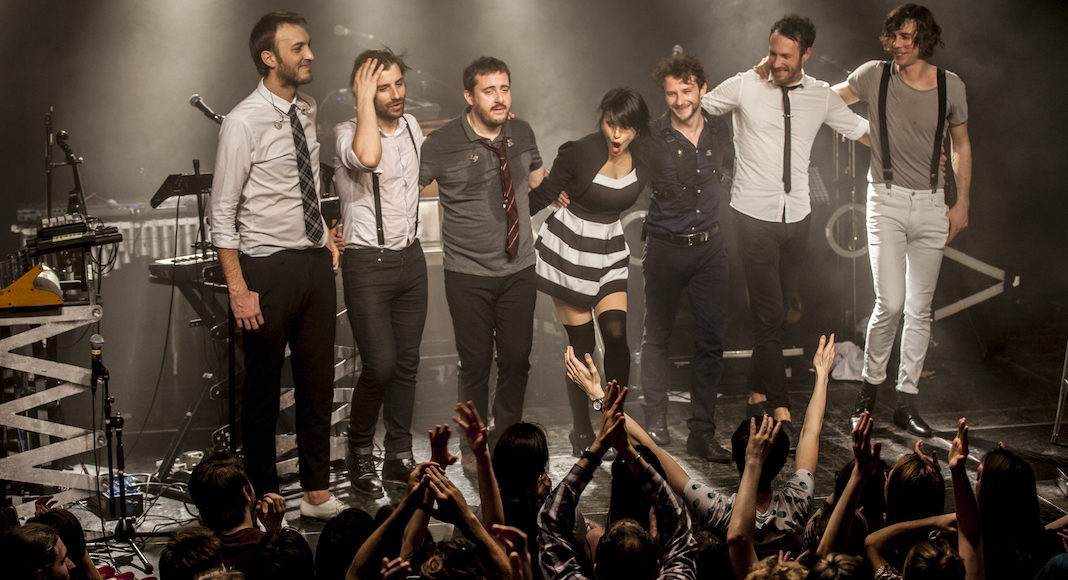 The French kings of electro-swing are back with a fourth album, "Chronologic", and go on tour for a month on the American continent from September 28 to October 31.

"We are very happy to come back to the United States and Canada, even if it's not a vacation", jokes Charles Delaporte, bassist of the group. Caravan Palace will perform 20 times in 30 days, with a first date in Mexico City on September 28th before skimming the big American cities like New York, Washington, Chicago, Austin and Los Angeles, and going through Toronto and Montreal to Canada (see dates under the article).

The last album of Caravan Palace is a musical UFO that gives pride of place to various musical genres, with influences such as soul, hip-hop, pop or rhythm and blues. "We're trying to get out of electro-swing, which can be very repetitive. We feel the need to explore something else with more pop music, while keeping our coherence with a mix of vintage and modern sounds ", explains Charles Delaporte.

It is in the country of Uncle Sam that Caravan Palace sells the most records, in front of England and France. A success that the bass player of the band has trouble explaining. "We're tackling swing, which is music born in the United States in the 1930s, maybe it's talking to Americans. And then the French electro artists always seem to have the rating here ". Playing in the United States has long been a dream for Caravan Palace members, whose musical influences are mostly Anglo-Saxon and American.

For his tour of North America, the group plans "Varied sets with music from our four albums. Our concerts will start strong, then with music calmer, then it will start again. We hope to finish in apotheosis in Atlanta on October 31 for Halloween ", sums up Charles Delaporte.

After 11 years of career and successes all around the world, the members of Caravane Palace still have under the shoe. At the end of the tour, they count "Do what the musicians like to do – get stuck in the studio again, try things, doubt and find new songs".

Florence Foresti performing in New York and Miami in April

Elles Project, Francophone entrepreneurs help each other in Miami