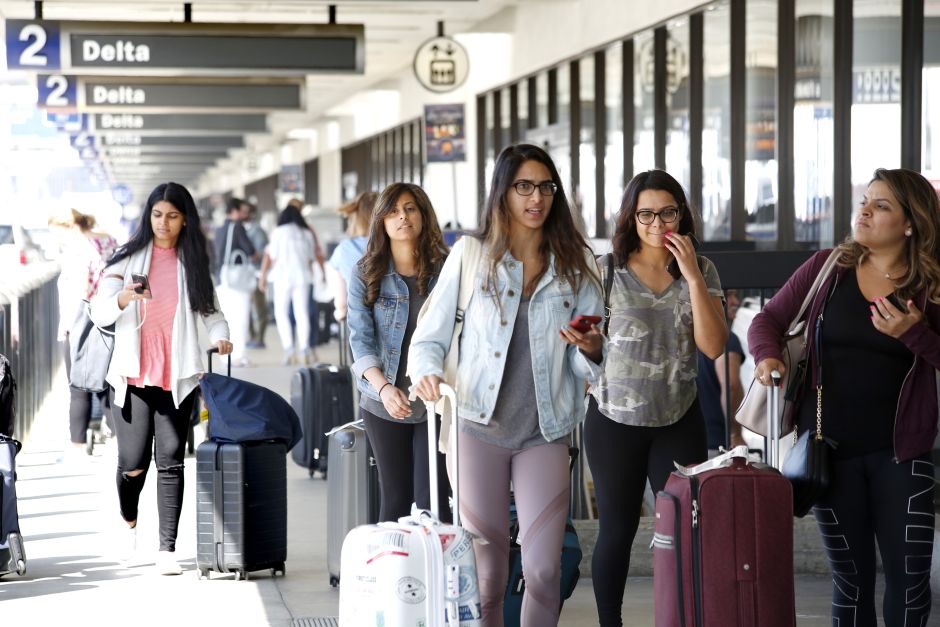 Peak days include Thursday, Sunday, Monday, the day after Christmas, December 29 and December 30.

The holiday travel period of December and January has already begun, but officials of the Los Angeles International Airport (LAX) they warned on Tuesday that The large passenger congestion is yet to come.

Airport officials said 5.9 million people are expected to pass through the airport during the Christmas and New Year travel period, It started last Friday and will continue until January 6.

Busy days, or "super peak", are expected to include Thursday, Sunday, Monday, the day after Christmas, December 29 and December 30.

Airport officials said that The real travel crisis will begin on Thursday, when more than 247,000 people are expected to descend at the airport. As usual, the authorities urged travelers to bring a lot of patience and arrive early.

It is also likely that parking is limited at the airport, so travelers should check the Twitter feed @FlyLAXstats LAX to get real-time updates on space availability.

Travelers are also urged to take alternative forms of transportation to the airport, such as FlyAway bus service from Hollywood, Union Station and Van Nuys.

The officials of the Transportation Security Administration (TSA) They also advise passengers to be patient and to comply with the requirements of handheld items, to keep inspection lines moving.

During peak hours on the busiest days, travelers should plan at least one extra hour to arrive and cross the airport, as well as expect heavy traffic in the Central Terminal Area (CTA) and on the lines waiting for ground transportation.

They create charity fund to help the neediest students in Los...

La Candelaria a tradition that Mexicans do not forget