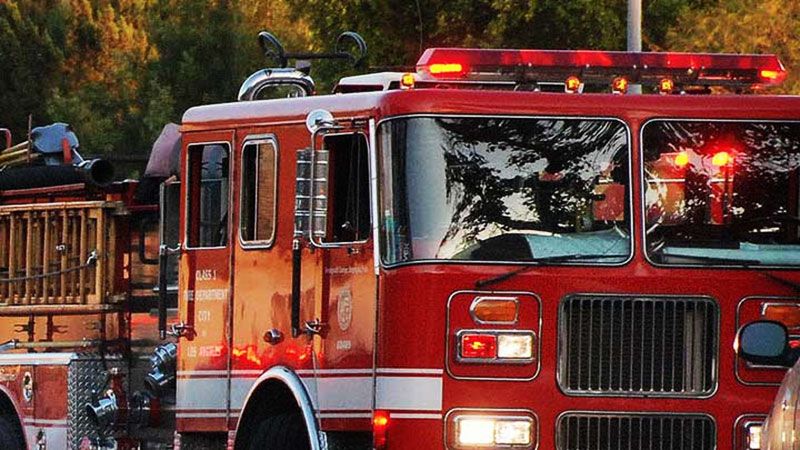 At least 23 people, including children, were treated due to the incident caused by a Delta Airlines plane

The incident was reported before noon at the Park Avenue Elementary School in the 8000 block of Park Avenue, in Cudahy, according to the Los Angeles County Fire Department.

A total of 23 patients complained of minor injuries and were treated at the school, which is about 14 miles east of the Los Angeles International Airport. None of the patients were hospitalized, reports KTLA 5.

Delta has released a statement: “Shortly after takeoff, Flight 89 from LAX to Shanghai experienced an engine issue requiring the aircraft to return to LAX. The aircraft landed safely after an emergency fuel release to reduce landing weight "https://t.co/xodY4CZ0Iv

Seventy firefighters and paramedics have responded to what was described as an incident involving multiple affectations.

Initial reports indicated that the area smelled of jet fuel, and firefighters then confirmed that That was the kind of substance that was dropped.

No evacuations were ordered immediately. The Office of Health and Environmental Safety of the Los Angeles Unified School District has been sent to the scene, according to LAUSD.

UPDATE *** Patient count updated to 17 children, 9 adults. All minor injuries w / no transports to local hospital from school. There are no evacuation orders for the immediate area. Substance was confirmed JET FUEL.

Refer to school regarding plans for child pick-up. #LACoFD

In addition to Park Avenue, other schools in the area were also affected by the jet fuel dump, iJordan High School in Florence-Firestone and 93rd St. Elementary School in Green Meadows are included, according to the Los Angeles School Police Department.

No injuries were reported in any of the other schools, but the police and the Los Angeles Fire Department responded to both schools. The elementary school has been dismissed for the day, while Jordan High resumed normal operations, police tweeted.

The plane, a Delta Air Lines Boeing 777 bound for Shanghai, he had mechanical problems and landed safely in LAX just before noon, according to an airport spokesman.

The plane bound for Shanghai had just taken off when began to experience a problem with the engine, which forced him to return to the airport, Delta said in a statement.

"The plane landed safely after an emergency fuel release to reduce the landing weight," the statement said. "We will provide more information as it becomes available."

Accused in case of San Bernardino massacre blames his bipolarity

Garcetti asks to cover his mouth to go outside, but not...