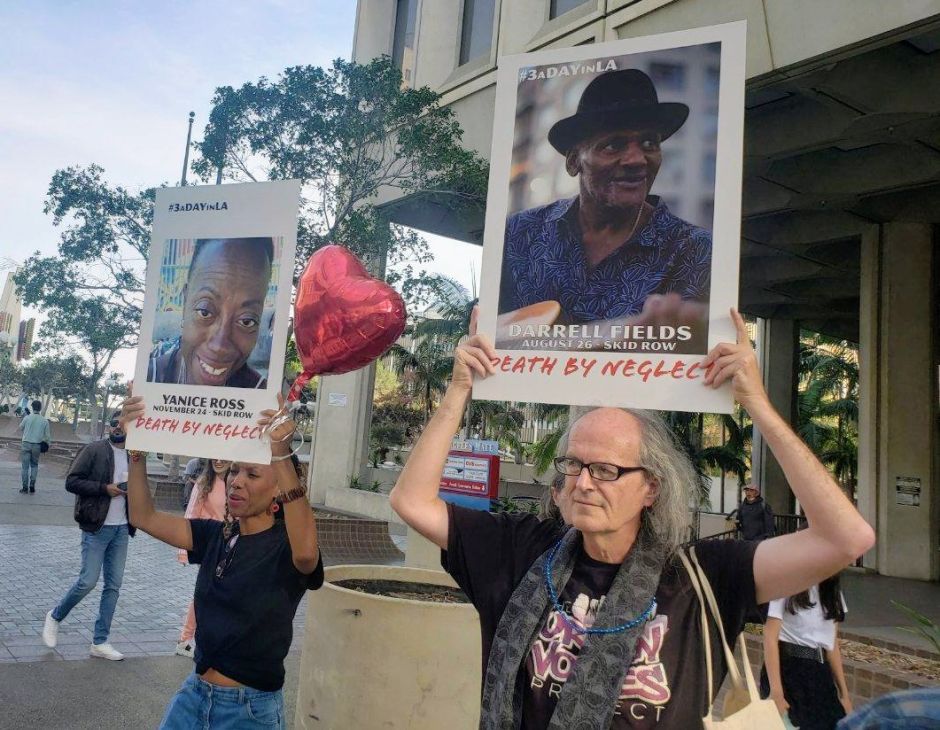 Homeless man dies in front of the City Hall; the community asks to pay attention to the crisis of homelessness

Silvia Hernández joined other activists and supporters of the homeless on Friday to participate in a walk and ceremony in honor of a homeless man who died Tuesday night outside the Los Angeles city hall.

City prosecutor Mike Feuer broke the news to the press on Wednesday after someone notified the authorities of the death.

Feuer said that as a city and as a community we must do something to change this.

"He was someone's son, he could have been someone's father or brother, I don't know," he said. "But I do know that he died alone and in the streets."

So far, man has not been identified. It is only known that he was 54 years old and the coroner's office said he appears to be of Asian nationality. The reason for his death is unknown.

Hernandez said that the ceremony yesterday in honor of this man was also to honor the loss of many other homeless people who die daily on the streets.

"Three people die every day in Los Angeles," he said. "This year 1,000 deaths (of homeless people) were reported, 27 of them in Skid Row."

The group began the vigil in the San Julián park and later met other people in the angelino town hall.

Hernandez said those movements exist in response to the lack of government support.

“(There are) negligence… Because of the lack of a political will to build housing, to prevent people from losing their homes, not to meet the health needs of people who live on the street or who lose everything because they want to have better medical care, ”said Hernández.

He added that nine years ago the same system threw it into the street and was seen living a year in the streets of Skid Row, the area that concentrates the most destitute in Los Angeles.

“Now my daughter with three babies was forced to go to a shelter. That is not fair because the shelter is only an extension of the prison system, ”said Hernández.

Najee Ali, an activist and member of Project Islamic Hope, was one of the participants of the memorial at the Los Angeles city hall.

He said that what happened on Tuesday should be a call of intent for city council members and the mayor who have people literally dying outside their
installations.

"It is very important that we pay attention to what is happening in front of our faces," Ali said.

He added that neither he nor other participants knew the deceased man but that did not stop them to make a space in their agendas and pay tribute to his memory.

what the new law changes in New York –

Conference: is French football exportable to the United States?

[Webinaire] Franco-American successions: how to better understand them