Home Latest News A young man from the band of El Salvador is removed from... 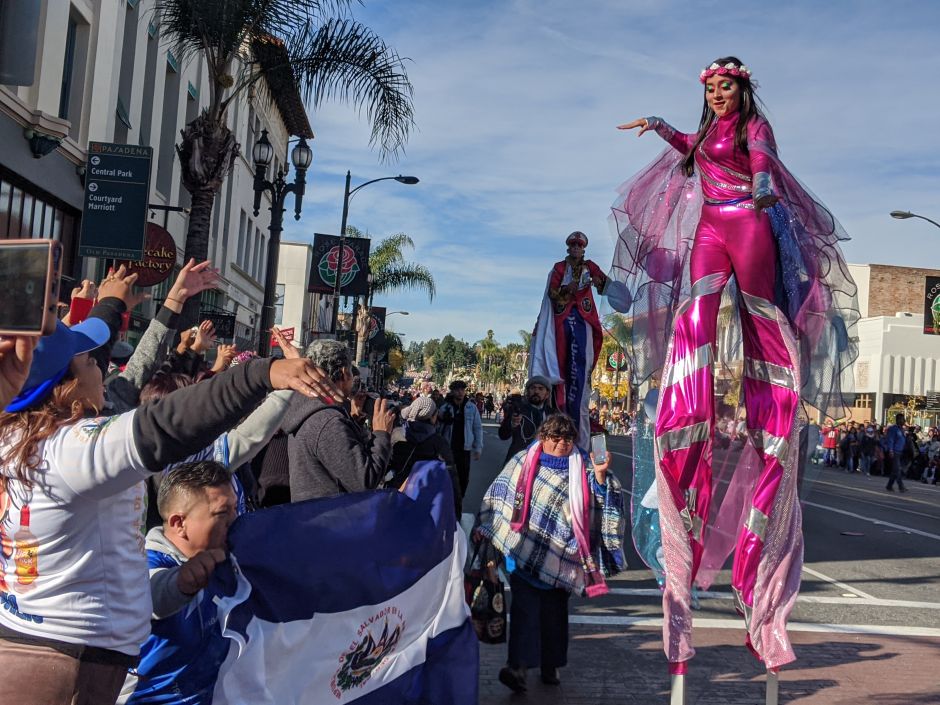 If it was flags, undoubtedly the flag of El Salvador was seen in bulk at least in the first mile of the Parade of the Roses 2020. And it was not for more, since Salvadorans could not contain the emotion to see move on to his musical band 'El Salvador Grande as his People' – which brought an impressive presentation.

Among musicians, dancers of traditional dances and even on stilts the El Salvador band, of 230 members, made it very clear why, despite being small in size, it is large in presence.

Once the band began to pass along Colorado Boulevard, the fanatic jumped and waved the flags.

"Long live the Savior!" Shouted groups of Salvadorans along the route.

Others greeted euphoric members of the band, who passed a few centimeters away, because they said they felt a bit of their country in the United States with the youth present.

Sonia Hernández, originally from Usulután, El Salvador could not stop jumping and clapping to see the musicians pass by.

"I am very excited, I love you from my heart," he said.

Arsenio Hernández, another Salvadoran added that he felt a lot of emotion when he saw them pass.

“I cannot express the joy we feel that our country is represented by the band of El Salvador,” he said and sent greetings to President Nayib Bukele, who supported the band financially.

A stumble before success

Although the presentation during the parade was extremely successful for ‘El Pulgarcito de América’, the group was involved in the controversy.

A few minutes before the parade began, social networks made viral the images of a member of the band, identified as Andy Lovos, who was expelled from the group by agents of the Los Angeles County Sheriff.

In the video you can hear the agents say that they were not aware of what was happening but they were following orders so that the parade would proceed smoothly. This included getting Lovos out of the group.

The images show how the young clarinetist, who was already in line, is taken out and subsequently detached from his uniform and his instrument.

A few hours later, in your twitter account El Salvador President Nayib Bukele said that the organizers of the band "will not receive a single cent from the government again."

“Therefore, the government of El Salvador, through the Ministry of Culture, will create‘ The Band El Salvador ’, with enough budget and sponsors to function even better,” the president wrote. “El Salvador is a big country, for its people. We are not going to let anyone stain that. ”

The news in development and The Opinion closely follows the updates.

The Tarte Tropez bakery wants to treat the Texans