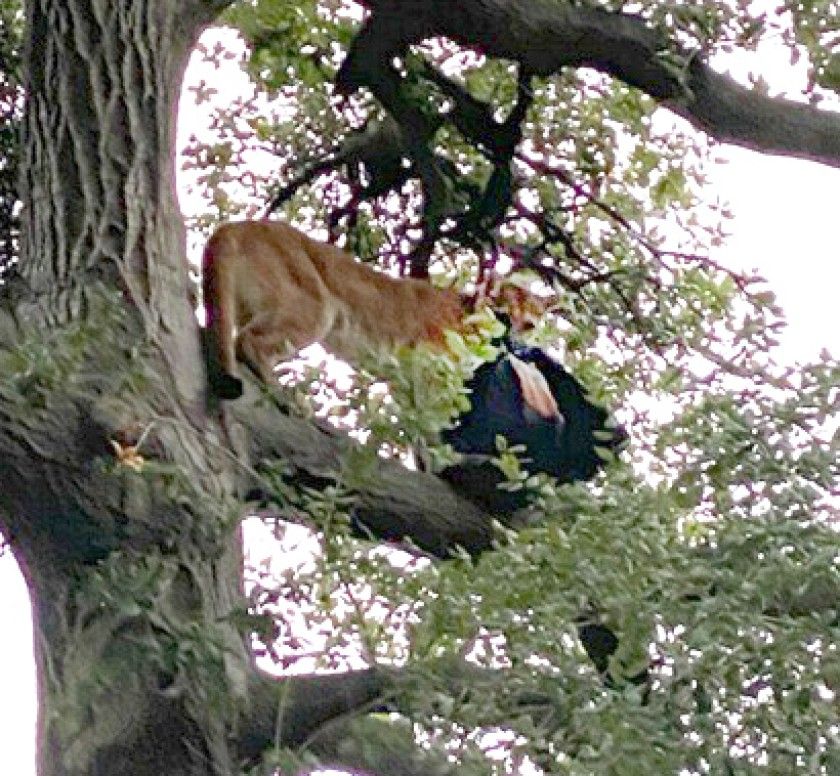 The cougar, with the child's backpack with which his father frightened the cat and rescued the little one.

A Cougar attacked this Monday afternoon to a small 3 years old, in a Park from Orange countyat southern Los Angeles. Shortly after, officers of the Department of Sheriff They shot the animal.

The incident occurred while a family of six people, two adults and four minors, was walking in the park Whiting Ranch Wilderness, around the 4:15 in the afternoon. The boy was walking in front of of the group, when he also called Mountain lion approached him took by the neck and began to drag him.

Then dad threw a backpack To achieve some reaction. Indeed, the cougar released the boy and grabbed the backpack. Later, someone took a Photo of the animal with the backpack on the high branch of a tree.

The boy was transferred to hospital, where he was attended by neck wounds and the scrapes He suffered when he was dragged across the earth. Fortunately, his injuries were not serious, and his condition was reported as stable.

Because of the "threat it posed to public safety," Sheriff officers they shot the cougar at approximately 5:20 p.m., he reported Carrie braun, of said Department.

The park was evacuated and closed temporarily.

Edouard Kopp, the gentleman drawing the Menil Collection in Houston

Mother fights against her deportation so as not to separate from...