Home Latest News What is involved in the Border Patrol deployment? 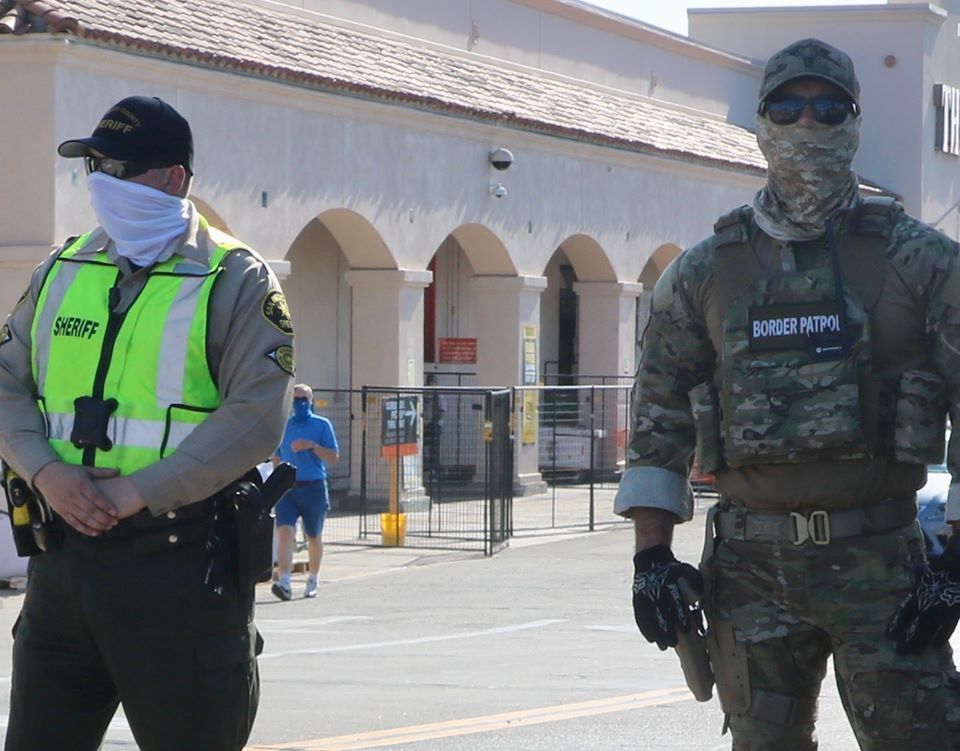 Some say they seek to be a reinforcement of law enforcement officers; others that it is an attempt to normalize their presence with the police

The Border Patrol has begun to project itself to the public as a kind of nacional national police ’with the ability to spread across the country, according to San Diego observers who have seen the behavior of that corporation for decades.

In the US capital last week, hundreds of border patrol officers in military uniforms and the "police" legend on their backs were deployed along with officers from other law enforcement agencies as a regular police force apparently to prevent looting and chaos. .

“Personnel have been deployed to the capital to assist law enforcement associates. These ‘protests’ have turned into chaos and acts of domestic terrorism by radical groups and agitators, ”said Acting Commissioner for Customs and Border Protection (CBP), Mark Morgan.

At the local level, border patrollers mix with Sheriff's officers in tasks that would commonly be done by firefighters or police.

On June 7, Border Patrol and Sheriff agents mixed together guarding a hardware store where a group of white supremacists waited for a demonstration by the Black Lives Matter movement to pass.

"For the Border Patrol, this is not really about imposing order, but about normalizing their presence for greater national aspirations," Pedro Ríos, director of the American Friends Services Committee in San Diego, told La Opinion.

He added that this entity tries to give the public the impression that it is already a regular national police that is dedicated to doing indiscriminately what other law enforcement agencies in the country do, from federal to local.

In Twitter messages, San Diego border patrol chief Aaron Heitke said his agents rescued an elderly man in a vehicle accident, prevented the theft of a car, and are doing other activities to protect the community.

Although in photos you see patrolmen who are only observers of an accident and the firefighters are actually the rescuers, for the Border Patrol what counts "is that image of normal presence with other law enforcement agencies among the community," said Ríos.

"The repeated message that the patrollers are already deployed throughout the country and do tasks that would correspond to the police or sheriff," he added.

Jenn Budd, a San Diego border expatriate who resigned from that corporation and now helps migrants in shelters, said that "the Border Patrol and its parent agency, CBP, have long desired to become a national police force."

The former patrol intelligence agent warned: "Of all the federal government law enforcement agencies, this is the most dangerous to deploy in the country."

Budd said that "the Border Patrol questionably exercises the power to detain anyone regardless of immigration status, enter private property, verify proof of citizenship and routinely execute searches without arrest warrants … No other federal agency presumes to have these powers. "

He commented that President Donald Trump regularly attacks other agencies, such as the FBI, but he has nothing but praise for the Border Patrol, which would do almost anything he says, including the separation of families and the violation of domestic rights and international asylum laws ”.

The Border Patrol currently has about 20,000 agents, almost all of them on the border with Mexico. Together with CBP, it forms the largest armed civilian agency in the federal government, with some 60,000 agents.

Five years after AB60, more than one million people have benefited

Faced with Covid-19, French restaurateurs “positive but not optimistic” in New...

[Replay] FM Band: Can we agree to disagree?

At Bonne et Filou, macaroons are eaten on all fours