Home Latest News When waiting for asylum turns into a nightmare 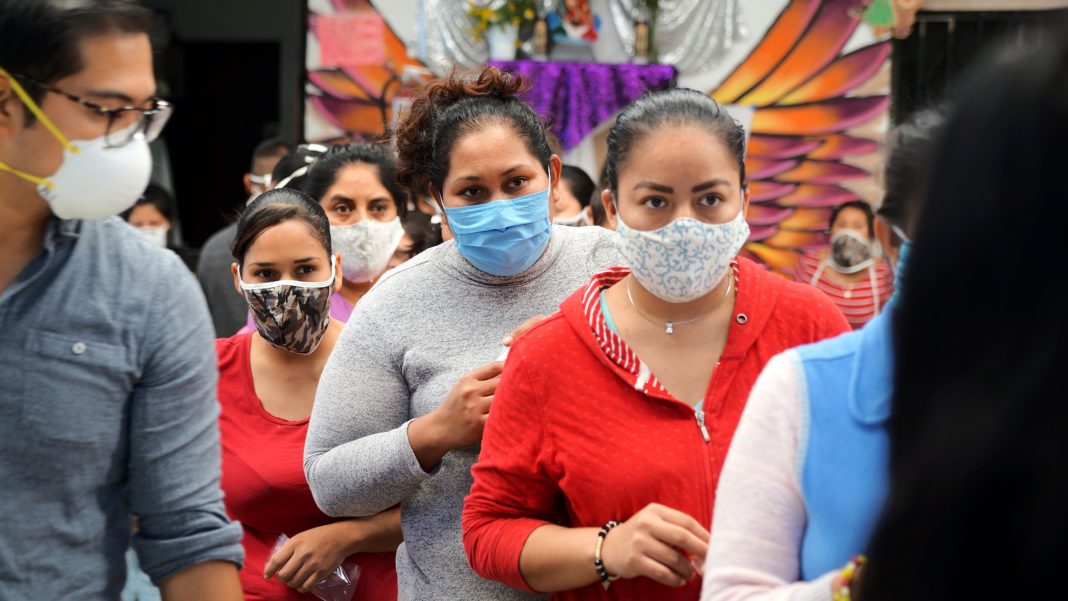 Ernesto survived an attack. He says he was shot several times, some shot and others grazed him. However, he now believes that even if he showed a judge his scars and a police report, it would be very difficult for him to start an asylum process to enter the United States.

"As I understand it, now (it would only be) if I brought a video of the attack and you could see the ones who shot me, then I would have proof that would convince … Or maybe not like that," says the Central American, who prefers not to identify himself. .

Since the first week of March, he has waited in Tijuana, Mexico, for the United States to resume hearings for thousands of migrants who are in a program that sent them to the Mexican border to wait their turn to go to immigration courts.

Ernesto and his family found refuge in a shelter, but said it has been desperate not being able to go out looking for work due to the pandemic and not knowing when it will be their turn to cross the border to present their case.

“Everything is very slow because of the coronavirus. There are thousands of cases that go before us… We still don't have a number (to cross the gate in turn ”.

He adds that in Honduras a group of criminals charged him every week just to let him work, but work began to be scarce without the armed types lowering their quota. But what was unbearable, she says, was that one day in February they told her to fix her girl, because they were planning to take her.

Upon arrival in Tijuana, Ernesto brought with him the complaint that he filed for that threat and, since they wanted to kill him when he presented that complaint, he also brought the document of a second accusation.

He knew that he had to run away with his family right away.

"If only the judge, I say, knew how we are living in Guerrero, I think it would give us an opportunity," said Ernesto.

However, the Departments of Justice (DOJ) and Homeland Security this week proposed changes to the administration of President Donald Trump that would make it more difficult to obtain asylum.

Both sites argue that the US Citizenship and Immigration Services (USCIS) office has more than 1,100,000 cases behind schedule – ranging from nursing homes to pending residences.

To streamline the processes, the departments propose that judges decide based on the evidence presented by asylum seekers, whether their cases are worth pursuing in court or lack sufficient justification, and then deny asylum and order deportation.

The two institutions propose to change "the regulations governing credible fear determinations so that it is an immigration judge (who decides) in simplified procedures, rather than in immigration court procedures," according to the document of the proposal.

They ask the judges to decide from an initial interview whether the "credible fear", that is, the reason on which they base their fears, is strong enough; otherwise, the petition is rejected before the applicants have hearings.

Thus, since the asylum seekers first appear, the judges would determine whether these are "frivolous" applications.

The US government It has granted asylum to only twenty cases, among more than 60,000 applicants in the Migrant Protection Protocols (MPP) program from January 2019 to date.

In addition to them, there are thousands of families and people of Mexican nationality who also hope to get asylum.

You have to prepare

Deputy director of the legal organization Al Otro Lado, Soraya Vázquez, told La Opinion that "those proposals follow the line of the Trump government to extinguish the figure of asylum in the United States."

He said that the Administration "has gradually reduced the chances of obtaining asylum, to the point of making it practically impossible."

The lawyer considered that these measures will have a devastating impact on the MPP migrant population that remains in Tijuana pending the restart of their processes.

"Since they have had to face more and more restrictions that make it difficult for them to achieve their American Dream, which has now become a nightmare."

Without a doubt, it also seeks "that perverse and discouraging effect, with the intention that the applicants abandon their processes," said Vázquez.

El Otro Lado was already preparing legal actions against the proposals this Thursday. Other organizations in the United States may file a class action lawsuit, should the proposals go into effect.

However, Vázquez said that "the Mexican government must also be vigilant because the measures could generate an increase in asylum seekers in the border cities, which would make it necessary to open a process of massive migration regularization."

If Mexico helps migrants stay, it would favor the social and labor inclusion of that population that may see Mexico as its ‘Plan B’, ”said Soraya Vázquez.

The wife of the Los Angeles Police Department chief went on...

"I wanted to be useful": Matthieu Jabaudon, a French doctor against...

Los Angeles Mayor clarifies that it will not be three more...