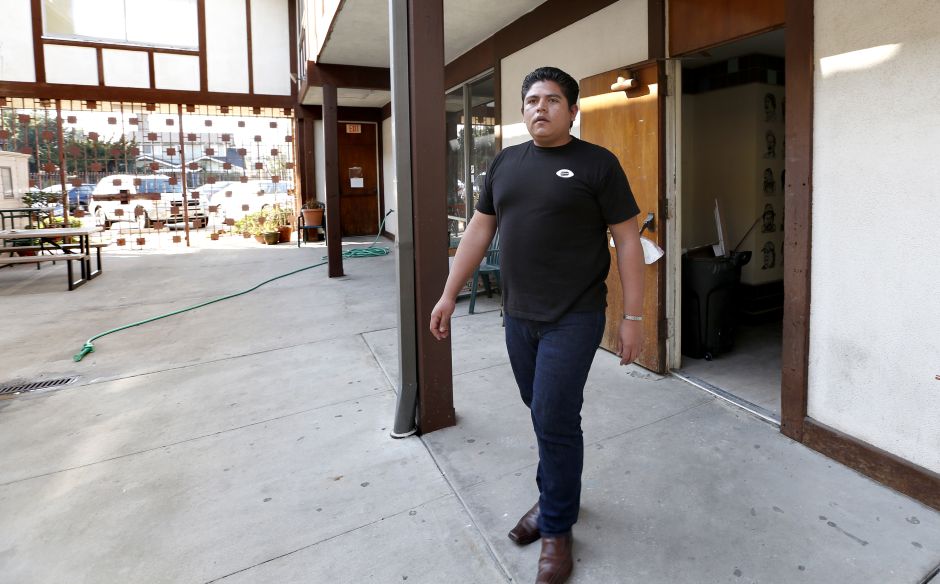 Alexander Antonio Burgos Mejia, in the image of 2018.

Eight Central American immigrants what they protested against the conditions in a detention center in California in 2017 were repressed with tear gas, beaten and dragged by the guards, according to a video published exclusively by National Public Radio (NPR).

"I will never forget the faces of my friends, see them crying," he said Alexander Antonio Burgos Mejía to the NPR network, which reported the incident in the Adelanto Processing Center, a detention building operated by the private firm GEO Group.

The detention centers for immigrants are prisons, and most of the people there they have no criminal record. They are in those center waiting that the deportation proceedings.

The eight men began their protest alleging discrimination, lack of access to clean water, the high amount set for their bail bonds and the fact that those responsible for the detention center gave them information only in English, according to NPR.

On June 27, 2017, Burgos and his seven companions decided to start a hunger strike, and when they were ordered to leave the dining room and return to their bedrooms for the "population account" routine, they sat around two tables.

The video recorded by security cameras shows when the GEO lieutenant Jane Diaz enters the room carrying in his hand a tear gas spray and followed by several guards ordering detainees to leave the dining room.

When immigrants continued their passive resistance, the guards sprayed them with tear gas at least three times and began to drag them by force. Some of the detainees were pushed against the walls and dragged by the guards.

"I couldn't take it anymore," he said in testimony after the incident, Isaac Antonio López Castillo. "I was throwing up by tear gas ”.

According to the NPR report, five of the detainees were taken to hot showers. An internal investigation of Department of Homeland Security indicated that hot water worsens the effect of tear gas.

The eight detainees were later sent by 10 days to solitary confinement for "having participated or prompted a group demonstration," according to the GEO Group version.

NPR explained that it obtained a copy of the video from a federal court in Riverside, Californiawhere migrants sued to two guards who used the gas and the GEO Group.

The lawsuit claims that the guards used excessive force and violated their civil rights, while GEO was negligent in its instruction of surveillance personnel.

At the end of January, according to NPR, the parties notified the court that they had reached a agreement what solve the demand with an undisclosed amount of money.

The public radio station indicated that in the whole country there are some 40,000 people in detention centers for immigrants, and that Adelanto, with the capacity to house some 2,000 detainees will be extended under a new contract with the government.

The video can be seen on this page, and in the original NPR note.

A group of asylum-seekers at an ICE detention facility staged a hunger strike to protest conditions there.

Guards responded with force, including pepper spray, and said the men were inciting a "rebellion."

For essential workers, fear of the coronavirus does not end

Puma attacks a raccoon in a house in southern California

In New York, a breakfast to learn everything to invest in...

Law puts a stop on high interest loans in California