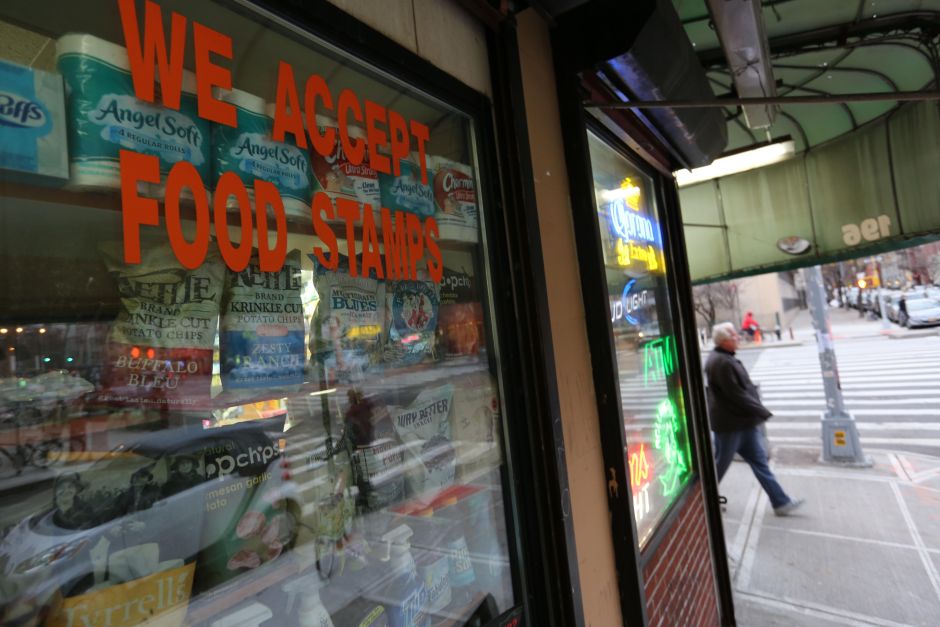 A law proposed by the Trump administration that tightens the requirements for adults who depend on food stamps, creates disagreement between community leaders and low-income advocates.

This is because it will cause hundreds of thousands of people to lose access to the benefits of the Supplemental Nutrition Assistance Program (SNAP) known as CalFresh in California.

"We disagree with these dictatorial and racist actions of President Trump because they affect our low-income community, many of them Hispanic," said the leader of the Council of Mexican Federations (COFEM), Miguel Ángel Pérez.

“Many children will not have access to food at their table. In states like California where life is so expensive, and even earning $ 70,000 a year you can buy a house, this is very worrying, ”he said.

And he added that with all these actions, President Trump wants to push for the immigrant to self-report. “That is why I insist on my community, that we have to be united; and I ask God that this president will not be re-elected; or that he be dismissed. He is a dictator and tyrant who is hurting even his own party and the people who support him, ”he lamented.

Supervisor Hilda Solís said that the new law will result in $ 4.5 billion in cuts for food assistance programs over a period of five years.

"This proposal is a lousy assault on the social security network programs that millions of people rely on to prevent hunger and homelessness," he said.

And he mentioned that in Los Angeles County, two million residents experience a lack of food at their table.

"This law that will exacerbate the hunger crisis is inhuman, anti-American and shameful," he said. He added that Los Angeles County will not sit idly by while the federal administration tries to take food from the table.

Kathy Saile, director of the No kid Hungry organization, estimated that almost 200,000 Californians will lose their benefits.

"It is completely disappointing that despite the enormous opposition to this proposal, the White House has finalized a law to tighten the requirements for millions of Calfresh beneficiaries across the nation," he noted.

The law offers an approach with a single solution for all and prohibits California from having the flexibility to adapt the program to local economic conditions.

In September, the Department of Agriculture reported that food insecurity among adults and children dropped to levels prior to the 2008 recession.

In the case of California, the prevalence of food insecurity in the state is the lowest in a decade, in part due to the Calfresh program that has allowed millions of children out of poverty and hunger every year.

In the last year, the Trump administration has proposed new rules to make the requirements for program eligibility more stringent, and to limit access to poor families.

A study by the Urban Institute shows that the combination of these laws, two of which have not been finalized, will result in 625,000 Californians less than receiving average CalFresh per month.

According to Saile, punishing those who cannot find employment or have limited skills, health problems or inadequate transportation by taking away food assistance will not help them find employment or recover; the only thing he will do to cause them more problems and hunger.

"If these laws come into effect, there is a real risk that progress will be eroded by penalizing the poor and making it harder to feed our children," he warns.

Gabriela G. Herrera of the Department of Public Social Services anticipates that more than 300,000 CalFresh beneficiaries will be impacted, but they carefully analyze the changes while they believe that some people may qualify for an exemption.

He specified that The rule does not affect children but individuals between 18 and 49 who do not live with minors, and who are trained to work.

"Women's Journey": a new series of conferences on women in Miami

Undocumented desperate because no one answers phones for coronavirus help

Latinos Explain How Their Life Would Change Without Their Student Debt