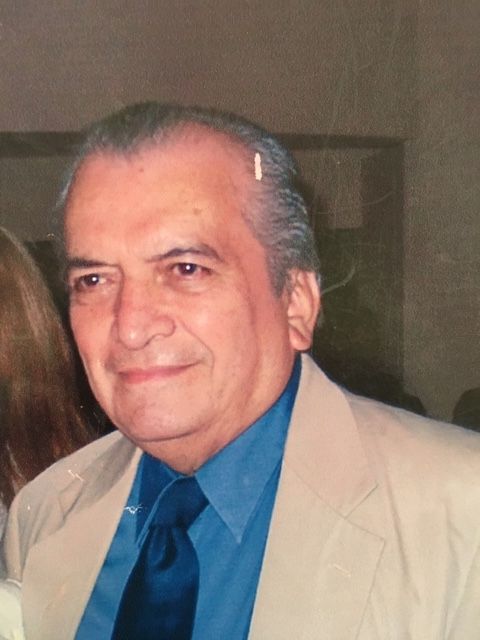 The well-known Mexican journalist and composer Ramón Inclán will celebrate a year of having died on December 4 and with that reason his son, Ed Inclán, announced that to pay homage to him he will promote his vast musical legacy consisting of more than 300 songs.

“My dad was a very prolific composer who has about 80 songs that are very popular in his repertoire, but there are more than 220 that are unpublished and by 2020 I want to make them known,” said Ed Inclán.

Among the many melodies that Ramón Inclán wrote are “Congratulations”, performed by Sonora Santanera and the Huerta Sisters; “Take a drink”, in the voices of Javier Solís and Vicente Fernández; "Essential", with Andy Russell and The Goblins; “Decide yourself”, with Los Tres Reyes and Javier Solís; “Señorita”, with Los Tres Reyes, Javier Solís and Óscar D’León; “If you let me love,” which has versions of La Sonora Santanera and Los Baby’s; "I must not betray you," with Los Hermanos Martínez Gil; "Preciosa", dedicated to his then girlfriend Lilia Guízar (daughter of Tito Guízar) and recorded by Los Dandys, and "This love is love", a film theme popularized by the Trio Calaveras, Lucha Moreno and the Huerta Sisters.

Ed Inclán said he is already in talks with several performers and musical groups, including Sonora Santanera, to record part of the material left by his father, who died on December 4, 2018 in Los Angeles, California.

The prominent composer was born on November 29, 1930 in Mexicali, Baja California; son of Amelia Aguilar Cázares and Ramón Inclán Martínez. At 15 years old he composed his first song "Old Times", inspired by a "courtship" he had at age six.

In 1947 he entered the School of Architecture of the UNAM, then located in the Academy of San Carlos; He studied for three and a half years but decided to change it for his two great passions: music and journalism.

He wrote his first texts for Axios, a student publication of Hermosillo, and in 1952 he began professionally in the written medium by collaborating for the sports newspaper La Afición hired by Fray Nano, owner and director of the newspaper, as well as a renowned journalist.

That same year he recorded his first songs "Heart Sick" and "It can't be true," with the Trio Los Jaibos and Lupita Cabrera, respectively. In 1953 they followed the recordings of "Do not stop loving me", performed by Los Tecolines; "Thief of kisses" (with lyrics by Carlos Montenegro), with the Trio Los Panchos, and "He still remembers me," in the voice of Andrés Huesca.

Other of his best-known compositions include “Sabotage,” “Kissing,” “Returning,” “The Corner,” “Julio César Chávez,” “Etchohuaquila,” “The Mask,” “I Don't Want More Cups,” “Me They have told you, "" I know you are going to leave me, "" Convince yourself, "" Mexican, "premiered by Humberto Cravioto in Madrid in 1976, and" Sublime Love "(Madrecita), the soap opera theme of the same name.

Ed Inclán recalls that his father deeply thanked the professional performers who recorded his works, but he was also excited that people sang them spontaneously, and he lovingly shared the anecdote of a woman from Tijuana who earned tips from travelers returning from the United States singing "He still remembers me", rancher theme that has several versions of popular music artists.

He also remembered when Pedro Infante pleasantly surprised him when he sang “Don't stop loving me” during an interview.

In journalism, Ramón Inclán served as editor, columnist and coordinator of sections of shows of various publications, such as the “Tele-Guía” and “TVyNovelas”, Radiolandia and the Novedades, Ovaciones, “El Mexicano” and “ The Opinion ”, of Los Angeles (for nine years).

Among other activities, he coordinated the United Nations International Mexican Music Week, held at the Carnegie Hall in New York, and represented the Society of Authors and Composers of Mexico – where he served as the first member and secretary of the Directing Council— in Canada, Belgium, Italy and the United States.

Throughout his career he earned several distinctions such as the Peace Medal of San Antonio, Texas, and Los Angeles, California; first place of the Song Festival held in Los Angeles for its theme "Song to God"; various tributes in his honor and the declaration of Favorite Son of Mexicali, Baja California; the Emilio Azcárraga Vidaurreta Medal of AMPRyT in its fiftieth anniversary for being a founding member, as well as the Agustín Lara Medal and the 50-year Trajectory recognition granted by SACM for his career as an author.

Ed Inclán also reported that they have opened a YouTube channel that already has several of the songs and videos that his father left: This is the link: Ramon Inclan

Advocate for street vendors at risk of deportation for negligence of...

Overdose by mistake: three men get intoxicated believing they would take...