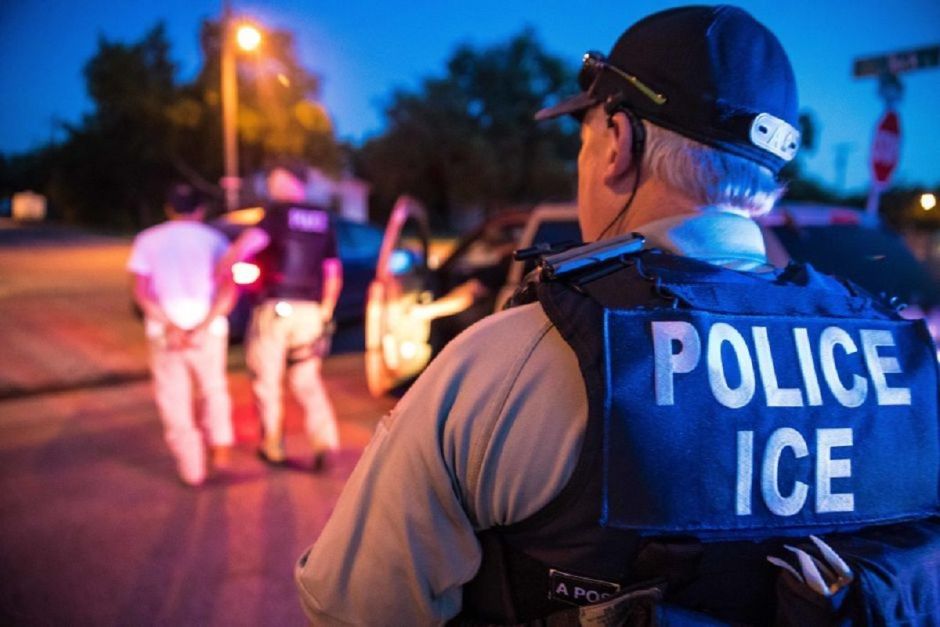 Although California has several laws that protect undocumented immigrants, with a clean criminal record, this has not stopped some local law enforcement agencies to act as immigration agents, a report says.

“Two years of Sanctuary; How local law enforcement agencies continue to work with ICE ”is ​​a study published recently by the California Immigrant Policy Center (CIPC).
The report describes how some local and state agencies evade the Sanctuary Law, officially known as SB 54 or the California Securities Act, and how the value of the TRUTH Act is minimized.

The latter prohibits a local police officer from holding someone for delivery to the Immigration and Customs Service (ICE), when the person is eligible to be released under state law.

Felicia Gómez, co-author of the report, said that during their investigation they found that several local law enforcement agencies did not include information to track cases.
So much so that at the beginning of 2019 the office of the California attorney general, Xavier Becerra, confirmed that in 2018 only seven arrests that led to immigration detentions were officially reported.

Gomez said some of these official arrests included San Diego and Riverside counties.

"But we are seeing that there is no transparency," he said. “Some agencies did not archive the data because they did not know they should. A majority of agencies did not have the appropriate language to prepare for SB 54. ”

Data in the light

The report revealed that the Department of Homeland Security (DHS) uses three main methods to access people in the custody of local law enforcement agencies.

You can send “ICE notifications” requesting the release dates of individuals or request access to people detained in local law enforcement agencies to conduct interviews, without a lawyer present and thus be able to build a deportation case. It also transfers the people in custody of a local law agency to the custody of ICE.

To the relief of some, the report did appoint two entities that have complied with state laws. These are the Los Angeles Police (LAPD) and Humboldt County, northern California.

The latter specifies that "no agency shall participate in a joint law with ICE or with any federal law agency to attack immigration laws."

The LAPD prepares semiannual reports for the Board of Police Commissioners (BOPC) with information on the application of immigration law.

It also includes data on the participation of various agencies, such as ICE, the Department of Homeland Security (DHS) and Border Patrol (CBP), regarding the application of immigration law.

He said that these results show that the voice of President Donald Trump has receiving ears everywhere regardless of where you live.

"That is why we are concerned that there are agents that continue to collaborate with ICE," said Murillo. “So much that it struggled to separate Trump's laws and has not been achieved. Sacramento must send the message that rights are respected here. ”

For his part, Gloria Saucedo, director of the Mexico City of Panorama City, said that continuing this collaboration – immigration with other agencies – would cause the immigrant community to no longer trust them.

“This only causes that when a crime occurs, our community does not want to report it,” said Saucedo. "It's sad because they tell us one thing but they do another."

He added that for example, it was recently announced that the Department of Motor Vehicles (DMV) is not going to provide undocumented driver information to immigration agencies. However, the recent results of the law enforcement agencies could also show something different from that agency.

“They have so much interference in our lives. They take away our privacy rights, ”said Saucedo.

The activist said that while law enforcement agencies decide whether or not to continue cooperating with immigration, pro-immigrant activists like her continue to inform the community.

“We tell them that they should keep their red card that explains no of their personal data. We remind you that you should not open the door if (the agents) do not bring an order signed by the judge, ”he explained. "The most important thing is to pay attention to who will be our next political representative."

Episode 9: Fabrice Grinda, from "geek asocial" to king of "angel...

‘We no longer have Coco to boost sales’