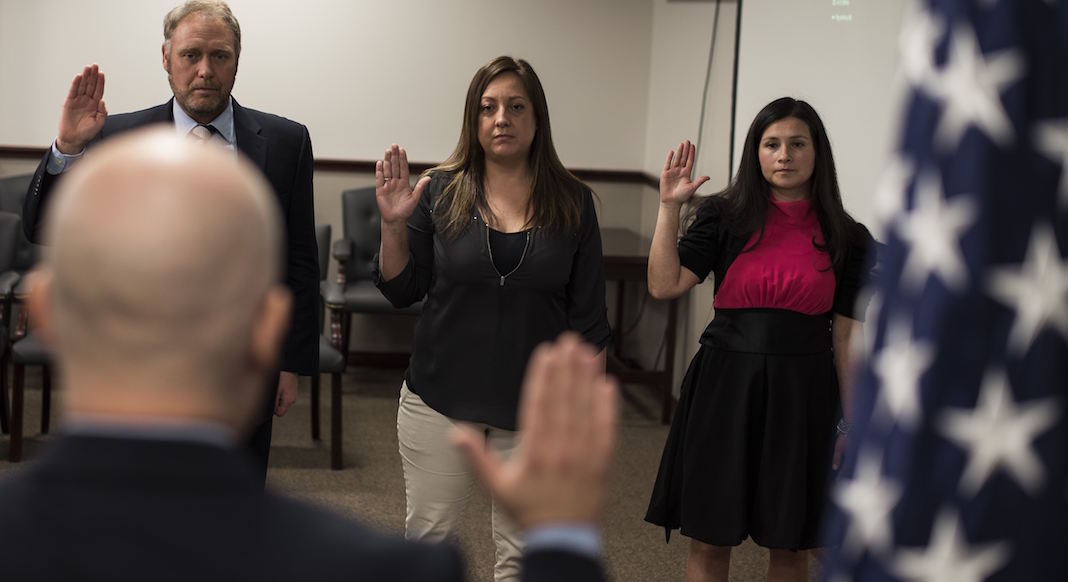 This is the gateway for anyone who wants to become an American. The Citizenship Test, a two-part assessment aimed at determining the applicant's language level and knowledge of American history and institutions through a series of ten questions, will be reviewed in the months to come. who come. Objective: to make sure that it constitutes a "faithful measure of the candidate's civic knowledge"According to the USCIS (Citizenship and Immigration Services), the agency responsible for immigration, which announced the revision Friday, July 19.

The agency was not very talkative about the changes. A memorandum signed in May by former USCIS director Lee Francis Cissna notes that the administration is currently working on creating a process to revise the test every ten years to ensure it stays in step with the "best practices" from the moment. The document also states that "working group will evaluate potential changes to the oral test ".

"(The law) also states that the language test requires the applicant to demonstrate English language reading and writing skills at a level described as 'simple sentences and words'. It requires that the evaluation of the USCIS be reasonable. The agency is currently reviewing and considering its options to review this part of the naturalization test ", noted Lee Francis Cissna. The new test, which will be developed by a group composed of members of the agency with the participation "experts in the field of adult education", Should be implemented in December 2020 or early 2021.

The announcement comes in a context where US citizenship is at the forefront of the politico-media scene. After trying, unsuccessfully, to have a question on citizenship included in the decennial census, Donald Trump on Sunday, July 14, attacked four elected minority Democrats by inviting them to "return" in "completely failed and crime-ridden places from where they came". Three of the four MPs were born in the United States and the fourth, Ilhan Omar, from Somalia, was naturalized American.

Gloria Arjona: talk about the Mexican lottery but with her artistic...