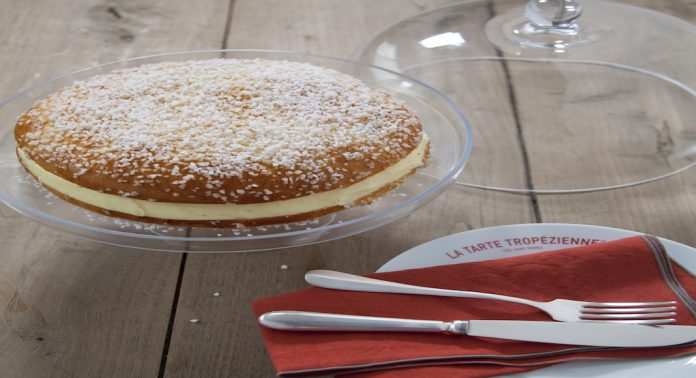 The unique, authentic Tarte Tropézienne will open the doors of its first American bakery in Dallas in early December. " It is the fastest growing city in the United States, where economic growth is fastest. It has a thriving and diverse culinary scene. We also have logistics in place and a partner on site. All of these things together make Dallas the perfect place to start on American soilSays Sacha Dufrêne, director of marketing and development.

With more than 27 shops concentrated in the south of France, between Nice and Marseille, and a boutique in Paris, the Var brand that celebrated its 60th anniversary in 2015 decided to take the leap to the international stage. "Our pastry is the symbol of the French Riviera for foreigners, the spirit of joie de vivre, French holidays and wellbeing. Its reputation goes beyond our borders because it represents the chic and elegant side of France while remaining accessible He continues.

The brand intends to develop in two stages before approaching other cities like Miami, Los Angeles or New York. In 2020, it is also expected that this legendary dessert will be established in Japan with the goal of creating 20 points of sale in the world within five years. The company puts on a declination of the family product, before introducing its wide range of pastries filled with the famous cream inimitable.

The Baby Trop format (a kind of macaroon), the tropézien millefeuille, the tarts re-visited will complete the offer, as well as traditional pastries. This gluttony, well-kept secret manufacturing, focuses on innovation and new tastes to seduce internationally. Thus, the development of Japanese but also American flavors is under study. " We also expect the continuation of our collaborations to showcase our know-how. Recently, we have teamed up with brands such as Villebrequin, Sushi Shop, Le chocolat des Français or with personalities such as Inès de la Fressange. This development should continue with an average annual partnership "Explains Sacha Dufrêne.

According to him, the success of this cake is still based on the quality of the product, whose recipe has never changed since 1955 and made the success of the city of Saint-Tropez. At the time, Alexandre Micka, the author of this dessert, also benefited from the notoriety of Brigitte Bardot, godmother of this brioche cake whose counterfeits have never managed to equal its true flavor. Normal, it's a star.

NBA: a recovery at a discount in the “bubble” of Orlando

"Rendez vous With French Cinema", festival without artists due to Coronavirus