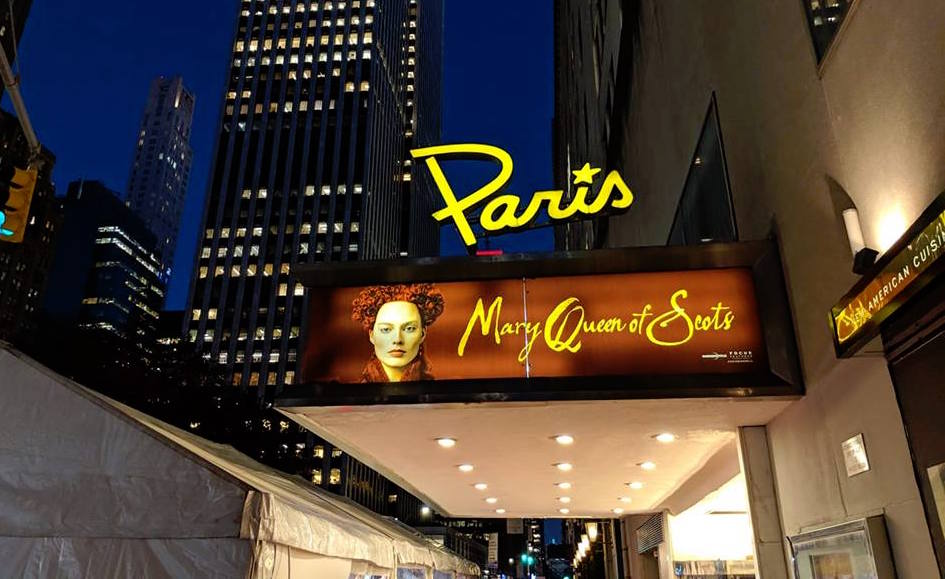 It is by a note printed and posted on the door that the regulars have learned the bad news. After the closure of the Ziegfeld Theater in 2016, the Paris Theater, the only single-screen cinema in New York, closed because it could not renew its lease.

Opened by Pathé Cinéma in 1948 and inaugurated by the actress Marlène Dietrich, the "Paris" had everything of an icon of the cinema. For a long time, there was only one film per week and without advertising. "These models are difficult to hold because the business is based on a single film" says Adeline Monzier, representative of UniFrance for the United States.

Located near the Plaza Hotel and Central Park, a few steps from Fifth Avenue, Paris was for a long time a real landmark, meeting place and exchange between lovers of the 7th art, intellectuals and Hollywood stars. According to Adeline Monzier, "It was a room that had its success, its faithful, who worked with independent distributors and which featured films of authors, foreign, French, but also German or Italian".

The 586-seat theater was one of the oldest arthouse cinemas in the United States. This closure, and that Lincoln Plaza Cinema in 2018, have a " real impact for this kind of independent distributors ", explains Adeline Monzier. VS'is " an era that ends in Midtown ".

[Replay] Immigrate to the United States in 2020: what is possible, what is not

What should you consider as suspicious activity in your community?

The musician Matthieu Eveillard and his "Petit Sauvage" in the East...