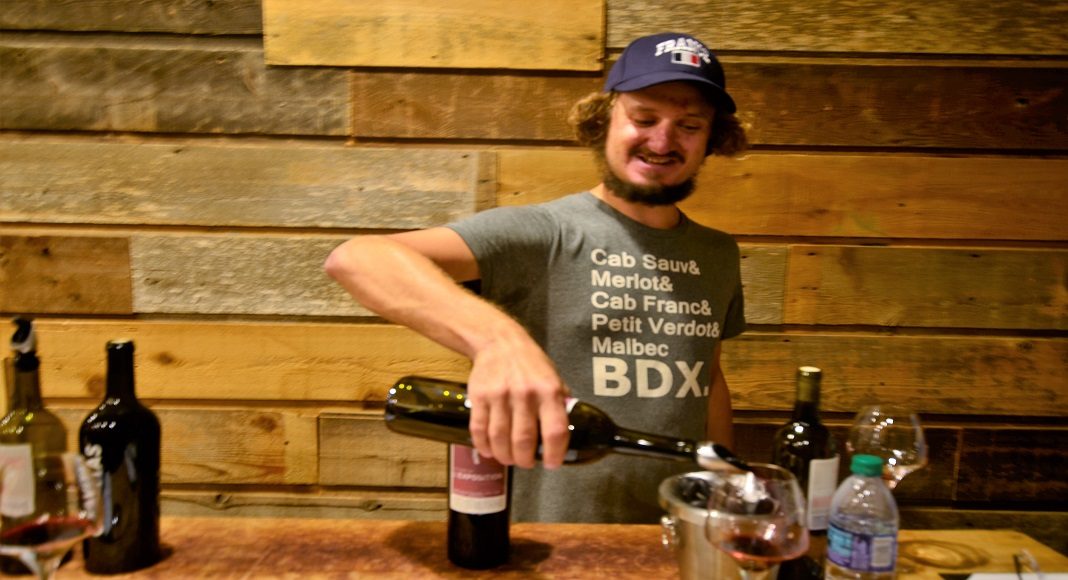 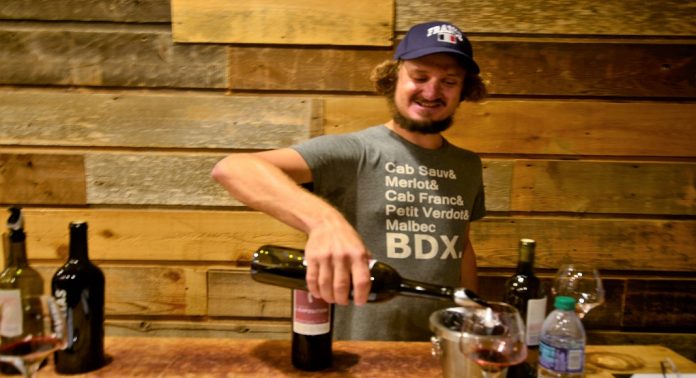 Benjamin Calais loves challenges. To the point of noting one that is not very simple: become a winegrower … in Texas. Originally from Calais, this former IT consultant has established his winery business Calais Winery in the heart of Texas Hill Country.

This wine region, about three hours from Austin and Dallas, is also known as the Wine Route. At the turn of a bend, a French flag floats discreetly at the edge of Highway 290 and leads to the cellar. Cap wearing the colors of his country, t-shirt with the effigy of wine, the young winemaker wants to represent France. Three times a week, he leads tastings for the many curious and followers of high-end bottles.

"I was born in 1982, it is the best year of Bordeaux of the last 45 years. My grandfather had bought a lot of wine this year, Saint-Emilion grand cru. Since then, this wine always has a special place for me "recalls the 36-year-old winemaker.

The young man first turns to another path and carries out engineering studies. Become an IT consultant for a French company, this career opens the doors of Texas. Attracted by the high-tech boom that is making the big cities in Texas tick, his company offers him an expatriate contract to help launch a research center in Dallas. Benjamin Calais arrived in 2007 in conquered land, since he had gone there several times as part of his work. "I had already tasted all the wines of Texas and went fast, because few wines were good", he recalls.

The passionate wine has not forgotten the intoxicating taste of Saint-Emilion his grandfather. Just arrived in Dallas, he bought vineyards and created Calais Winery. After a little over a year, he broke away from the company he had come to Texas to devote himself entirely to wine production. With an Investor Visa (E-2) in his pocket, he then surveyed the Texas vines in search of good terroirs.

In 2007, Texas had about 100 wine licenses, most of which used grapes from California to make their own wine. Everything is to discover. Benjamin Calais then has an idea: to produce high-end wine on the semi-arid soil of Texas.

Despite several difficult harvests, he has never let down his American dream. Its production is harvested in Texas from Bordeaux's main grape varieties. Calais Winery produces around 2,500 cases per year (30,000 bottles) and has around 7 hectares of vines. "Obviously it would not have been possible in France, there is not too much space to create a small farm. Texas was perfect because there is a very free aspect. There are not many places on the planet where it's still achievable. "

Texas is made up mainly of small producers, which rejoices the Frenchman: "We sell all of our wine through our cellar, which is the dream of many farmers in France. We have a relationship with all our customers "he enthuses. After eleven years in Texas, the enthusiast now wants to participate in improving the quality of Texas wine, in full swing.

The Los Angeles Marathon still stands for Sunday despite a coronavirus...