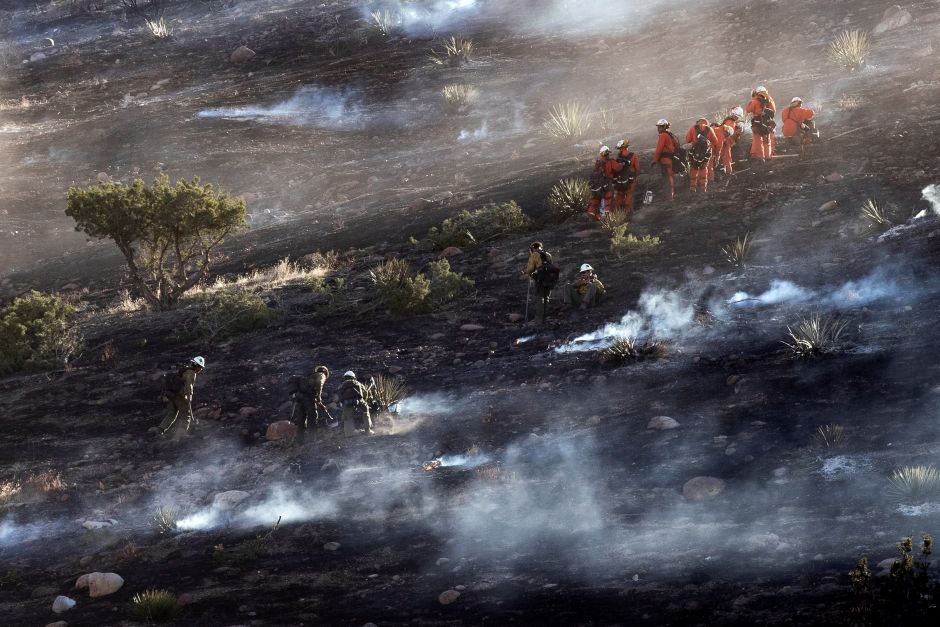 The Dept. of the Sheriff asks for the cooperation of anyone who can help in this case

The Los Angeles County Sheriff's Department (LASD) reported that Human remains were found in Santa Clarita, in an area burned by the Tick fire, on Saturday.

The fire, which began in Agua Dulce on Thursday afternoon, has consumed more than 4,600 acres.

Homicide detectives are investigating the remains of the unknown individual found near the intersection of Sand Canyon Road and Thompson Ranch Drive.

No deaths have been reported as a result of the Tick Fire, according to the multi-agency update published on Saturday.

Containment of the Tick fire in the Sand Canyon area of ​​Santa Clarita reached 25% on Saturday, after evacuation orders were lifted for 40,000 people. Some areas remain evacuated as more than 1,300 firefighters continue to fight the forest fire.

The investigation of human remains is ongoing and there is no additional information at this time.

Anyone with information can call the Department's Homicide Office at 323-890-5500. Those who wish to remain anonymous can contact L.A. Crime Stoppers by calling 800-222-8477 or visiting lacrimestoppers.org.

Opening of the Markowicz Fine Art Gallery in Dallas on Saturday,...

The nopal: the king of the table during the pandemic

COVID-19: the French-speaking community puts its talent at the service of...