Home Latest News Ruben Tapia: a Hispanic voice that doesn't give up 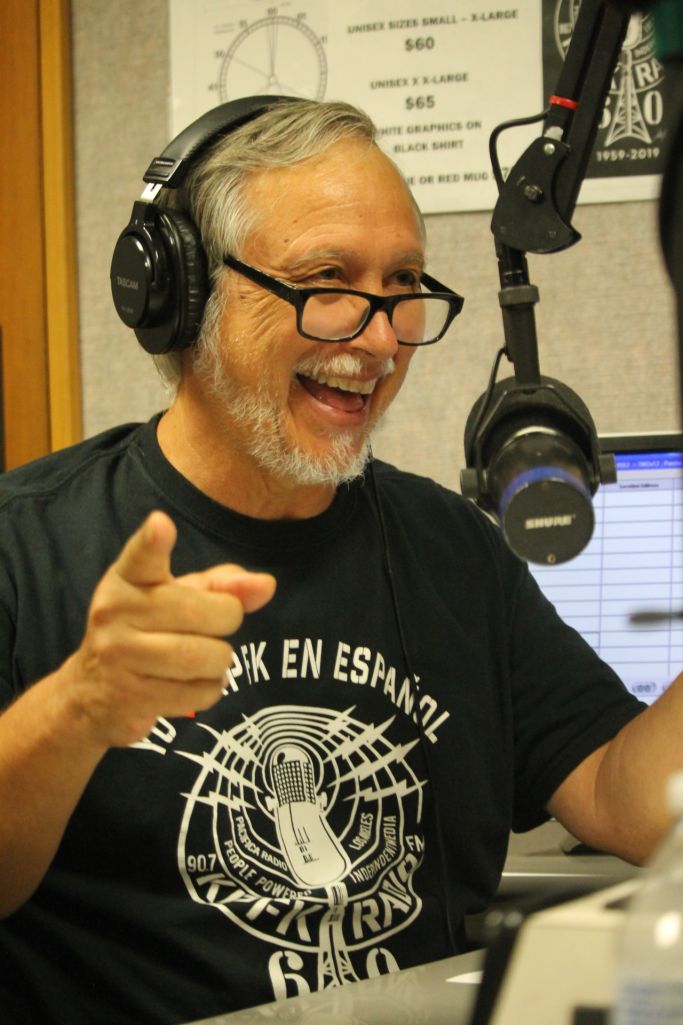 The producer and director of Enfoque Latino, Nuestra Voz y Diálogo de Midianoche shares his career and his vision of the role of radio in Spanish

Since 30 years ago, Latin approach, a "program to defeat indifference" is an open microphone "of" and "for" the Hispanic community. The program of the nights of the station KPFK 90.7 FM offers its Hispanic listeners a unique Latin American perspective of the local and international news and of the issues that most concern the community.

Officially born in 1986, the radio show Latin approach aired in a different and unique voice, in response to the need for coverage of Central American riots of the 80s. The Spanish program has completed a record number of years on the air.

Much has happened and changed in the last three decades, but Enfoque Latino remains an indispensable voice that shares original news, culture, analysis and interviews that would not otherwise reach the ears of our community.

In an interview with The opinion, Ruben Tapia, Creator and producer of this and other radio programs in Spanish, he shared his story.

“For several years I was supporting the El Salvador movement in the Pico Union area. Thousands of Salvadorans and Guatemalans were fleeing the atrocities committed by corrupt governments, sustained by interventionist groups in the United States, many of these based in Miami, ”recalled the radio producer.

“In East Los Angeles, we gathered a group of Latinos in a house, in order to show solidarity with El Salvador. I also began to do activism for democracy in Mexico and for the immigrant movement of this country, ”shared the Mexican immigrant born in Durango.

Tapia is an active participant in the fight for the rights of undocumented migrants. It was during his participation in the cause that resulted in the amnesty of the 80s that Roy Morales invited him to participate in his KPFK program, Latin bird. That was how, Tapia arrived at Radio Pacifica.

In 1986, Tapia and a group of immigrants from different Latin American countries formed the Enfoque Latino program. Among them was the Uruguayan journalist Alicia Morandi, who later served as editor of the Life and Style section of The opinion.

To defeat the indifference

"No one intervened," Tapia recalled. "On the contrary, everyone ignored what was happening in front of them."

Tapia reflected on indifference and not taking responsibility for what happens around us.

“It's a reflection that I have done throughout my career as a journalist, and that’s what I call "Arrimado syndrome"he described.

“I believe that this behavior is due to the fact that many still think that we only come (to the US) in passing and that we will return to our country later. Although you spend years here, this is not your home. Most never return to their country, and yet every day they are forming this society through cleaning, construction or creating businesses. In all economic sectors there is the effort of the Latin migrant and other countries. How about we all think like the famous musician of 13TH Street in his song El Hormiguero? If I work here, here I have my house. ”

“A Latino Approach is initiated by a group of migrants from several countries in Latin America and from the United States. It was designed to give voice to the migrant community and promote new communicators, ”he said.

The group was "learning over the years," Tapia observed. "And in all this time, more than 200 people have gone through the program," he added, referring not only to the personalities interviewed, but also to dozens of reporters who collaborated with the program over the years, including who writes.

As for the dynamics of the program, the journalist indicated that he is more interested in being a facilitator than a commentator. “I always seek to give space to those people who have something to contribute,” he explained.

Tapia is also the founder and producer of the Our Voice and Midnight Dialogue programs, which are broadcast on the same station.

In 1978, Tapia along with his wife Elizabeth and their only three-year-old daughter crossed the border to reach the north. Like so many immigrants, the son of braceros did different jobs to be able to support his family, until they managed to settle in this country

“I always had the great support of Betty”, said Tapia referring to his wife and mother of their four children and who always supported his love for journalism and radio work. “She always told me that‘ as long as the potato was not missing at the table, ’everything was fine,” he recalled laughing. "My unveiled were always working on the radio."

The Tapia are also proud grandparents of two.

“The stations today are facing a great challenge. We need relevant content that attracts the new audio listens, ”Said Tapia.

"Spanish radio plays a unique role in the community. The challenge is to make a dynamic and interactive radio that attracts young people and incorporates their voices by offering them a space of expression ”.

For more information, you can visit the Facebook page of Enfoque Latino, the radio page https://www.kpfk.org/, or simply tune in to your radio on 90.7 FM

The Hollywood Bowl suspends its concert schedule for the first time...

The first Chanel store will open in DC

There could be hundreds of thousands infected with coronaviruses in Los...

Jennifer Barbosa, the Latina who wants to unseat Adam Schiff in...