Home Latest News Postpartum depression, a topic that every woman should talk about 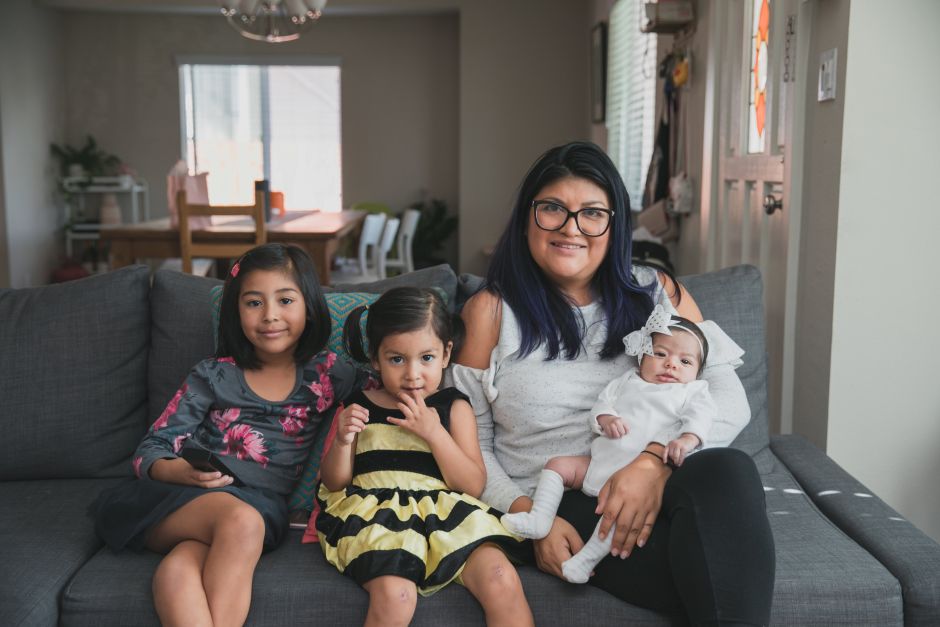 The importance of therapeutic support, knowledge of the disease and family support.

Paulina López, 38, remembers that, as a child, in her native Oaxaca, Mexico, she dreamed of having a family with children as seen in the novels. Little did he imagine that his greatest desire would also become a litmus test.

She remembers seeing the Gerber baby food commercials where a mother feeds the baby and the two dressed in white and she with her perfect hair.

"I wanted to be like that, I wanted to be a mom," Lopez said sitting at a table in the popular restaurant La Guelaguetza, which is one of the owners.

At 30, Paulina became pregnant for the first time, and although her husband and the whole family celebrated the news, for Paulina the road was not easy.

The Oaxaca mother of three girls tells how she faced postpartum depression twice.

When the day of the first birth arrived, Paulina and her husband Ramiro Velázquez were traveling ready and excited for the hospital. She remembers that they had packed things as if they were going on vacation: candles, bathing suits, magazines and any recommendations she learned during so many classes of the pregnancy she took.

However, when they arrived at the hospital, the doctors had to induce her pregnancy since her source had broken and the baby was in danger.

"I was given birth on Saturday at 7 in the morning and I had my daughter on Sunday at 7 at night," the businesswoman recalled. "All the time I was praying and trembling … I was tired, without eating and all they give you is ice."

Paulina said that once her baby was born Krista had to be sent to the incubator for four days since she was not in good health.

"I feel like I didn't have the time to connect with her," Paulina said. “I vanished and they moved me to another room. When I woke up everything hurt, I had hemorrhoids. I wanted to go out and see my baby, but I couldn't. ”

Once at home Pauline had the unconditional support of his mother, with whom he stayed for a month. But upon returning home there was an unexpected change.

“Before (during pregnancy) I was so busy and when I started to stay with the baby I thought I was not doing anything. The world stopped, ”Paulina recalled. “The worst part is that I felt I didn't relate to her. I felt alone".

Learning about of the depression postpartum

Paulina began to feel more depressed, alone, tired and with no one to understand her.

“It was like living in gloom, like when you turn on the light, but everything looks half dark. Like seeing everything with fog, ”said Paulina, unaware that she had postpartum depression. "I didn't feel like combing my hair, or fixing myself."

Postpartum depression is a mood disorder that can affect women after giving birth, explains the National Institute of Mental Health (NIMH). Mothers suffering from postpartum depression have feelings of extreme sadness, anxiety and tiredness and cannot do the daily activities they used to do before.

In her online research, one day Paulina found information about "Mommy and Me" classes, which are offered for women with infants.

She concludes that this was the first door to her recovery.

“When I arrived (at class) I felt normal because there were other women worse than me,” said the Oaxacan smile. “We say that they are classes of‘ Mommy and me ’but in reality they are for moms to take out everything we have inside. You talk, you cry, you say rudeness and we have problems that happen to us. ”

It was in those classes that Paulina first heard about receiving therapy.

“But for me it was weird because when you listen to therapy you think of (the song) a psychiatrist from Gloria Trevi and you think‘ Am I crazy? Something is not right in my mind, ”said Paulina.

Postpartum depression is more common than it seems. In the United States it is estimated that one in seven women suffers from this condition and of which a majority are Latino women, explains the Journal of Affective Disorders.

Going through the taboo subject

Because her family did not take much importance to her condition and her mother told her that what she needed was to work, Paulina decided to attend hidden therapies.

"I started to invent something to go every week for an hour," Paulina said, ensuring that the experience was rewarding. "It's like throwing up because you start talking and talking and then you feel good."

She estimates that it was about a year and a half after her first baby was born that Paulina began to feel normal again.

After two years he had his second daughter, Sabina, with whom he had a pregnancy and childbirth without problems.

However, her sister, who had given birth a few months ago faced a situation similar to that of Paulina in her first pregnancy and this caused them both to decide to start a podcast – an internet radio show – about the issue of depression Postpartum in Latin women.

The podcast is called Super Moms, and it is a program where people talk without cover and about how difficult it can be for some women to face motherhood.

"When the baby is born everyone asks how he is and what he needs, but very rarely they ask how the mother is," Paulina said, emphasizing how important it should be to take care of both.

"Nobody tells you that your nipples bleed, that your skin dries out," he regenerates, "your feet get big, hair comes out in places where there aren't any, there are hormonal changes, but nobody talks about it," he emphasizes.

His life seemed renewed, between therapies, work, recreational and family activities. Paulina lived the best moment of her life until the end of 2016 she became pregnant for the third time.

Part Two: Therapy, an outlet to improve mental health after the birth of a child

Some streets may be closed for families to enjoy this weekend...

Senator: it would be ‘unacceptable and shameful’ if the people who...

Women of the Central Valley of California overcome important challenges

Back to France: 19 questions you are asking yourself and their...