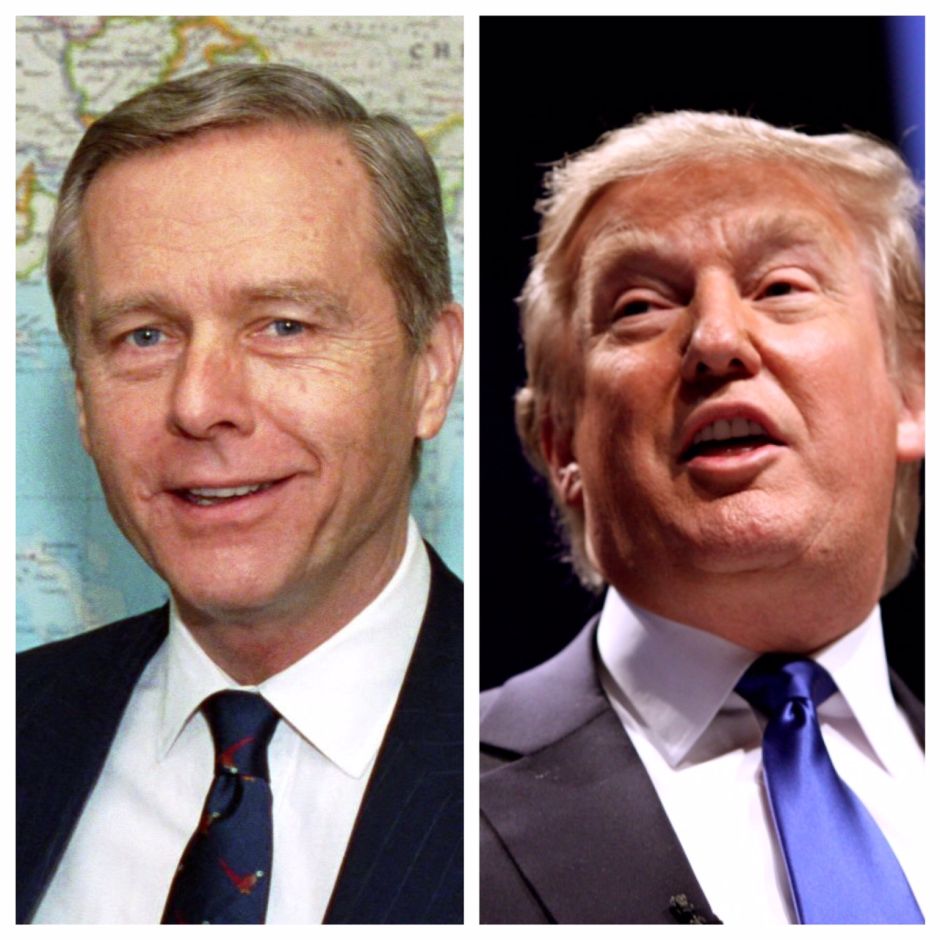 A quarter of a century ago, California voters approved a racist and openly proposition antilatin and anti-immigrant. 25 years later, we present an account of the events that forged our community, we talked with the protagonists of that moment and through experts and leaders of the moment, we explain the evolution that the Latino community has had as a result of those attacks. Unfortunately, these attacks are not over, but are reproduced in different ways with the current administration, but at the national level. From today we will publish a daily article until November 9, the date on which the 25th Anniversary of the proposal that changed history, our history in the United States, will be remembered.

A few days after the 25th anniversary of the approval of California voters, Proposition 187, which sought to prohibit the access of undocumented immigrants to schools and hospitals, the immigrant community across the country under the Trump administration faces challenges very similar to those who lived during the period of Governor Pete Wilson.

On November 8, 1994, Proposition 187 was approved by 59% of the voters, and one of its main supporters, Governor Pete Wilson was reelected. The measure also known as "Save the State" (SOS) also intended to force teachers, doctors and police officers to report any suspect of being an undocumented immigrant.

Like President Trump, who used the attack on immigrants as the subject of his election campaign and has repeated the same strategy for his re-election in 2020, then California Governor Pete Wilson launched himself against immigrants and held them accountable. of the problems the state was experiencing during his re-election.

At that time, California suffered the ravages of a national recession and high unemployment. Also, the demography was changing. The number of whites fell by 20% while the Latin and Asian population rose like foam.

One day after proposition 187 was approved, a team of lawyers from the American Civil Liberties Union (ACLU) and the Mexican American Fund for Legal Defense and Education (MALDEF) filed a lawsuit against. On November 11, a federal court issued a temporary order to prevent it from taking effect. A month later, in December, Judge Mariana Pfaelzer issued a permanent order to block most of her provisions. In 1997, the same judge declared it unconstitutional on the basis that only the federal government could legislate on the immigration issue.

Not happy Governor Wilson appealed the ruling and took the case to the Ninth Court of Appeals. In 1999, newly elected, Governor Gray Davis put an end to him by breaking down the appeal to the courts.

Davis, MALDEF and other civil rights groups signed a mediation agreement that ended the dividing measure.

But the law attempt had already triggered an unprecedented mobilization. Fabián Núñez and Kevin de León who then emerged as leaders, Gil Cedillo, who at that time was a union leader; and Juan José Gutiérrez, leader of the One Stop Immigration organization joined forces to summon students, workers and church members to carry out mass marches and protests. It also highlights the role of organizations such as the Coalition for the Rights of Immigrants (Chirla) and Lack.

A town under attack

The professor of Political Science and Chicano Studies at Loyola Marymount University (LMU), Fernando Guerra says that even though the then governor said that proposition 187 was not an attack against Latinos but only against the undocumented, the town felt under attack .

"He Outcome it was that they started to to be made citizens already vote, Y they changed the politics of the state" points.

It is reported that one year after Proposition 187, citizenship applications had skyrocketed by 500%.

“Before 1994, California was a state in which Republicans could win at the state and federal levels. Today they cannot win almost anywhere in the state. Without that proposition, the political changes would have taken ten more years, ”says the professor.

The also founding director of the Center for the Study of Los Angeles at LMU, explains that after Proposition 187, there have been two more moments in recent history, in which the immigrant community has felt under attack. In 2005, when Congressman Sensenbrenner got the House of Representatives to approve the H.R. 4437, the Border Protection, Anti-Terrorism and Control of Undocumented Immigration Act, which failed to obtain votes in the Senate. A new attack on immigrants appeared when President Trump launched his campaign for the presidency of the United States, has continued during his administration and is using it for his re-election, explains Professor Guerra.

“Since 1994, Latinos began to change the environment in California. Because we participate and mobilize we break down proposition 187 and the Sensenbrenner measure. Now if Latinos register and go out to vote, we can make a difference in states like Nevada, Florida, Arizona and maybe in Texas in 2020"He adds.

Proposition 187 was a hotbed of new Latino leaders such as Fabián Núñez and Kevin de León who formed in the heat of that fight.

The Latin bench that had been created in 1973 and had only managed to have only five members in its ranks, by 1995, one year after Proposition 187, increased to 14 members. Today it has 28 members.

Senator María Elena Durazo had been the leader of the local 11 of the Hotel and Restaurant Workers' Union for a few years when Proposition 187 led her to participate in mass mobilizations like never before.

“We were very aware that we should coordinate our efforts and enforce the strength of Latinos and immigrants. Organizing and participating made me feel very excited and proud to be with my people, my community, families, parents, grandparents, ”he says.

Former California Governor Pete Wilson and President Trump have used racism to create hatred against Mexicans. "They used their hatred to be elected, but also fear to make us feel that migration will come for us at any time," he says.

Durazo argues that the trade union movement played a central role in the fight against proposition 187; and caused the progress of workers by joining unions. "Many struggles began from that time. It was the beginning of a new power. We chose many Latino candidates for the state legislature, councils and the first Latino mayor in Los Angeles", He says.

On the 25th anniversary of Proposition 187, the senator calls not to be paralyzed by the fear of President Trump's policies. "The lesson is not to back down even under threats. Proposition 187, Governor Wilson and the Republicans gave us motivation to organize and become citizens"He adds.

One of the most momentous changes brought by Proposition 187 is that millions of Latinos became citizens of the United States.

There are no exact figures for California, but nationwide, the total number of Latinos who became naturalized citizens between 1994 and 2017 is almost 5.8 million.

Among the millions of Latinos who became citizens from the anti-immigrant impulse of 187, is Arturo Vargas's own mother, director of the National Association of Designated and Elected Latinos (NALEO).

“My mother had the courage to become a citizen at age 65. It took him more than 42 years to decide for U.S. citizenship, but he was encouraged because he wanted to vote against Pete Wilson. He is now 90 years old. ”

For the NALEO leader, the most important achievement that brought Proposition 187 to California is that the state's profile changed.

"Nothing can be achieved without the approval of Latinos at the electoral and legislative level," he says.

Arturo is sure that 1994 marked the change of the state of California. “We began to see more Latinos in the state and national Congress, which was favored by the increase in the Hispanic population.

“What we are seeing with Trump is that they see Latinos as a threat because of their influence on politics. They are afraid of us, ”he considers.

And he emphasizes that California lived a very dark stage in 1994 under Pete Wilson's rule, but it was overcome and it was useful for Latinos to realize what they were capable of doing.

By 2020, many challenges await Latinos such as the census and federal elections.

“It is important that we be told because it is the basis of the distribution of political power, and we must continue with the process of becoming citizens, registering to vote and voting,” he remarks.

ICE captures more than 300 immigrants with criminal records in Los...

The contrasting record of the French in the NBA