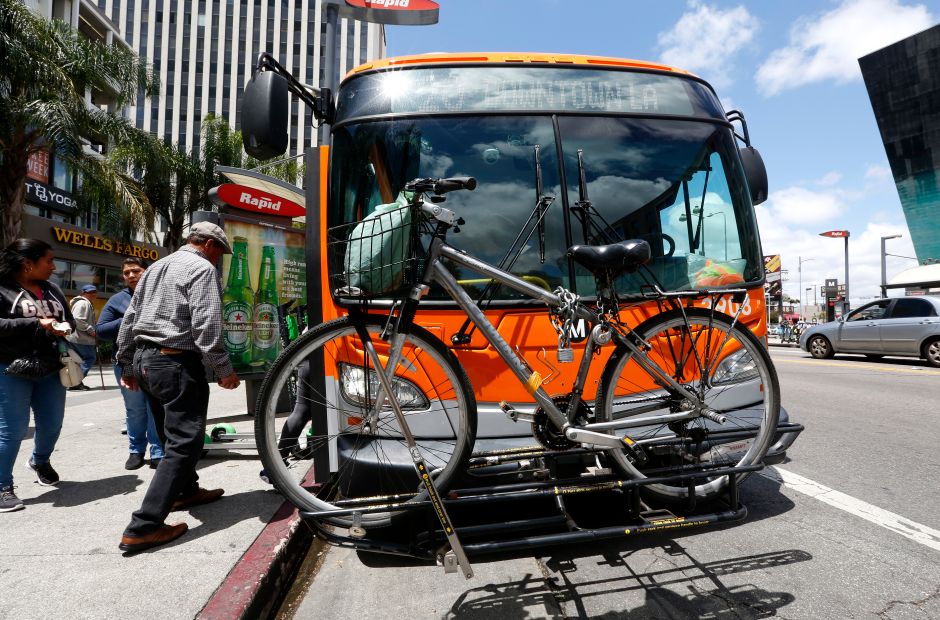 Metro drivers contradict their superiors regarding safety measures during the pandemic.

Last week, representatives of the Metro Los Angeles public transportation service said in a press conference that so far there have been no reported cases of Covid-19 coronavirus in any of its Metro services. They also said that their buses and trains are constantly cleaned and there are rigorous cleaning measures.

“Our employees sit behind a barrier that protects them. We gave them masks, gloves and other things, "said Phil Washington, Metro director and CEO at the press conference that was posted on Facebook.

However, upon hearing these comments, the bus drivers were furious claiming that their health is in danger, but they feel compelled to work for fear of being fired.

One of the drivers of the Metro system, who wanted to be identified only as José, said that they were provided with gloves on March 17, but they ended almost immediately and since then they have received no gloves, no masks, much less disinfectant for hands.

"We have been operating with what we have, which is not really safe, like dishwashing gloves, some use gardening masks and what we can bring from our house," José said. "A driver even came in a suit against hazardous materials and was working all day that way."

José said that among the bus drivers they have an ironic but real phrase, "We continue to transport Los Angeles and with it also the coronavirus."

The driver said that while they continue to transport people they do not know who will be the next infected.

"So if there were five buses and now there is only one, that bus is picking up all these people and it is completely full," said the driver.

Another concerned driver was Nersito, who has worked for Metro for three years. The driver, who asked not to provide his last name for fear of retaliation, confirmed José's accusations and added that there are very few lines that are really providing the necessary transportation to passengers such as a hospital or emergency center.

"Of the passengers that I am carrying (during the pandemic) around 20% are homeless who have nowhere to be and only get on the bus," said the driver, questioning whether transport is really needed as his superiors do. "Sometimes I carry as many as 10 or more (homeless) who go the entire length of the (bus) line."

Additionally, Nersito said that he has seen buses that start their routes at 3 or 5 in the morning and do not end until 8 at night without being cleaned.

"If you go to the stations the maintenance workers are not doing anything," said Nersito.

Changes in the system

Metro announced that, in an effort to promote social distancing, as of Monday all Metro passengers began to board and exit only through the back doors.

"The front door will remain available for wheelchair users and those who need the ramp," said Metro on its website. "Metro also requires that all bus operators use the transparent protective barrier that helps insulate them."

Effective today until further notice: to assist with social distancing between riders and operators, all Metro Bus riders will be required to board & exit through the rear doors unless they need to use the boarding ramp. https://t.co/3NhgJRELg7 pic.twitter.com/vFNMreNViM

However, drivers do not feel that this is enough as the high number of passengers who continue to board buses puts drivers at risk of contagion.

Nersito said that while nothing is officially confirmed, there are already rumors from some Metro drivers showing symptoms related to the Covid-19 coronavirus.

The driver expressed that they receive one mask per week and have them sign a paper as a sign that they received it. When complaining to their union, the drivers did not receive sufficient support.

"The union has failed us and they are weaker every day," said Nersito.

La Opinion attempted to obtain a comment from the Sheer, Metal, Air, Rail and Transportation (SMART) union, which represents 4,897 bus and rail operators, but received no response to the closing of this article.

At the discretion of the drivers

In response to the drivers' accusations, Metro said its mandate is to transport people and truck operators must judge how many people they let on each bus.

Both Mayor Eric Garcetiti and California Governor Gavin Newsom asked in the social distancing order that no more than 10 people congregate in one place.

As for the possibility that any of his drivers could be infected with the Covid-19 Metro, he said that all cases are reported through the Los Angeles County Department of Public Health (LACDPH).

"We have not been notified of any Metro employee with a confirmed Covid-19 case," said Dave Sotero, a Metro spokesman. "Nor have we been notified that there has been a confirmed case of a passenger in our system."

Sotero added that gloves and masks are not required by the Center for Disease Control and Prevention (CDC) or LACDPH. However, at Friday's press conference, Washington said they were providing them for the safety of its 11,000 employees.

"Gloves are generally available through the authority to those whose jobs demand them," Sotero explained. "The masks are available within the limited supplies we have now."

The spokesman said new orders for the supplies have been ordered and are on the way.

Nersito, like José, said that if Metro wants to keep them working, they must offer them the necessary measures of care.

"Give me what I need to protect myself. It is what I ask. If supermarkets have increased their employees by $ 2, why can't they protect us? ”Asked the driver.

José added that Metro does not show as much concern for its employees as it does for their financial losses and tells them that they must continue because they are "disaster relief workers."

“But if you are going to treat me as a relief worker you must provide me with the equipment. It is as if they send the firefighters without water, ”said José. “They are not going to say,‘ Oh! We send you water when we have ”.

How to work safely from home during quarantine –

They find body on the bank of the Los Angeles River,...

Drunk driving, the main cause of arrests of immigrants in L.A.