Home Latest News Mother separated from her children for more than 12 years, asks to... 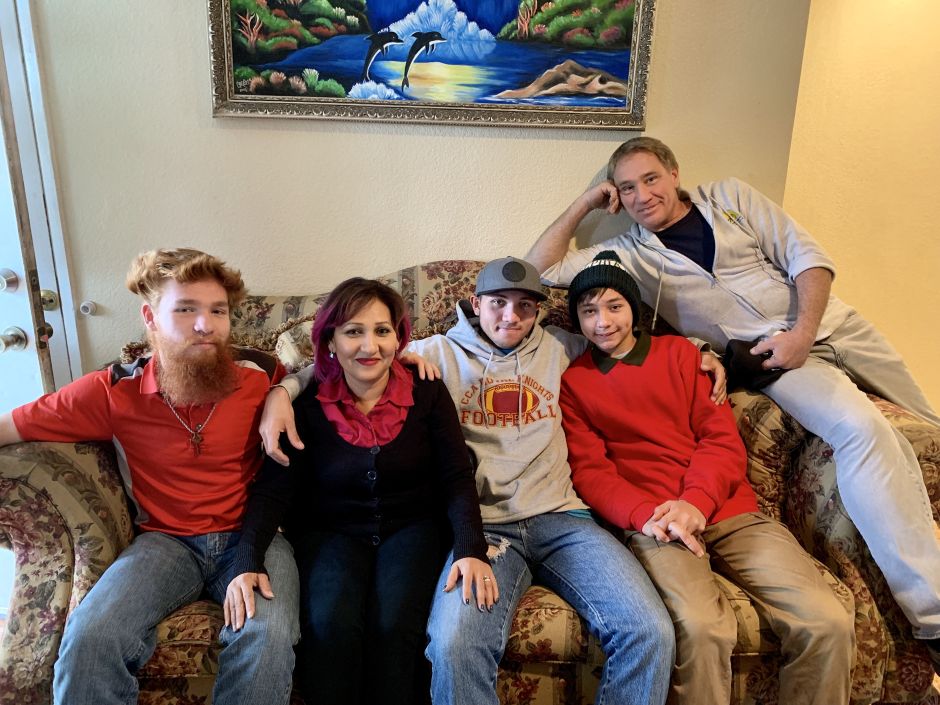 The US government punishes its own citizens by imposing cruel migratory punishments, he says

One year after reuniting with her three children and her husband, Emma Sánchez Paulsen says that the best of these twelve months has been to open her eyes every morning and realize that it is a reality that she is already with her family.

"It is wonderful to be here, see my children on their birthdays and give them a hug. For someone who was forced to separate from his family for 12 and a half years, this is something very valuable.”Says Emma radiating happiness.

This Sunday, December 8, marks a year of family reunification. A punishment imposed by the immigration authorities in 2006 for having entered the country without papers that kept her away from her family.

"In this year I had to be on my children's birthday, see the youngest in concert; and the biggest, be the student of the year for the third time in a row”She says excitedly.

Emma was born in Michoacán, Mexico. He married Michael Paulsen, a veteran of the Navy in 2000 who immediately filed a residency petition for her, but the 9/11 attacks made his process difficult.

In 2006, she was summoned to the United States embassy in Ciudad Juarez for an interview. The couple already had three children, Michael Alex, four and a half years old; Ryan Maximiliano, three years old, and Brannon Liam, two months old.

But instead of approving his residence, he was told that he could not return to the United States and was given a punishment for ten years for entering the country undocumented.

“We were all very excited about Ciudad Juárez, thinking about going to Disneyland when we returned; and getting married at a religious wedding in Guadalajara. I wanted my dad to know his grandchildren, ”he says.

When Emma was refused re-entry to the United States, she says she entered a state of shock "I felt the world was running out, like I was floating", remember.

In the midst of her despair, she proposed to her husband to divorce. “How are we going to get a marriage? Me in Mexico and you in the United States. If couples who live together sometimes do not survive and separate, ”I told him.

The veteran replied that he had married for life and was going to meet him.

"That's how it went. We are still together. But the separation was very painful. It is the worst thing they can do to you. It is a daily torture. It is nailing your heart with a knife every day. It is not being able to sleep every night. Not being with your children on a daily basis. It's the cruelest thing they can do to a family”, He says between sobs.

This mother has no doubt that the immigration authorities destroyed her maternal bond with her children.

Emma lived for 12 and a half years in Tijuana; and Michael with the children in the city of Vista, California in San Diego County, 100 miles from the southern border. When each child turned six, Michael took them to live in San Diego to be educated in the United States.

During the years of separation, the husband traveled every weekend with his three children to see Emma.

"They were not educated the way I would have liked. I lost all his childhood when I didn't do something bad. I am not a criminal. I did not harm anyone. I did not steal. I did not sell drugs. I didn't do any felony to deserve such cruel punishment. ”, it states.

Emma is convinced that the separation was not a punishment just for her. “The government affected its own citizens, my veteran husband and three children born here. They didn't care about my husband's sacrifice. For a long time I felt a lot of courage, ”he acknowledges.

And remember that even when his children's father had open heart surgery in 2013, he was denied a humanitarian visa to come see him. “They told me that they would only give it to me if I was about to die,” he recalls.

"They left me with scars that may never close. They left my children marked for a lifetime. A childhood separated from his mother is not so easy. Childhood traumas are very difficult to move forward, ” points.

This mother says that this year she has tried to give them what she could not when they were children, but admits that "it is not the same."

During the years of separation, he reveals that it gave him strength to stand up every morning, knowing that one day he would return with his family.

“From the window of my house I saw the hill and the border line. I knew that behind that hill were my children, and I couldn't see or touch them. The weather was so cruel, it made me so eternal. When I arrived on Sunday to meet them again, everything was so fleeting, ”he says.

However, among the most rewarding memories of the first year of reunion with his children, his dream of bringing them to school was enforced.

“I don't know how my husband did to get to three different schools on time. One in elementary school, another in high school, and the largest in high school. I couldn't do it, ”he says.

Emma says that this year has gone very fast.

"I feel that when I open my eyes, it's already night," he says.

It is still fresh on December 8, 2018 when the U.S. government forgave it and gave it its permanent resident card.

“¡¡Oh God! I felt such enormous relief. The whole journey was beautiful and divine. I only remembered bits of the city where I had lived ”she says excitedly.

He hopes he was very surprised to see so many homeless people on the streets; and the high cost of housing and life. "Everything is very expensive," she says admired.

But if you feel proud of something, it belongs to your children. "All three have excellent grades," he says.

And consider that if the children did not choose the path of addictions or gangs, it is because they always bombarded them with advice.

“That day they were with me in Tijuana, I wanted to give them everything I couldn't in a week. When I saw one of them who was rebellious, I sat down to give him advice, to tell him that they would never use drugs, that they had to be strong and make him want to school because only then would he be able to return. Oh mom, you are torturing me, they told me, ”he laughs.

Although he often felt that his mind was falling apart to keep them motivated to go see it, that the family has held together, he says, was everyone's job.

A year away from meeting with his family, this external mother who is getting used to the fast pace of life in this country.

“At the beginning, when I just came back, the kids would wave when they saw me enter their room. Mom, where did you come from? They were very used to being without me, ”he says.

In addition to enjoying them, she has spent part of her time studying English and preparing to become a citizen in two years.

“I would like to work in a school giving awareness talks. There are many children who are terrified of being deported to their parents. My return was like a hope for many of them. A yes you can, ”he says.

To mothers who have been deported to Mexico and other countries, and have separated from their children, he says that although they feel that the world is running out, as long as there is life, they have to get up and continue.

"Find something that keeps your mind occupied and motivates you like painting, working, knitting, a job; seek legal advice and never try to return undocumented”, He emphasizes.

Of course, it crossed her mind to return without papers. "Take me to Tijuana fast, and pay a coyote, I want to go back. I can't live here in Mexico. What am i going to do?”, She remembers that on the verge of a nervous breakdown, she demanded her husband, when he was recently imposed with the immigration punishment for ten years, but with the procedures 12 and a half years were made.

“You are not going to cross. If you cross and stop you, you don't see me and the children again. I endured all the punishment, I had to endure having my husband between life and death; and much more, ”he says.

Emma says the laws of family separation were imposed by the Clinton administration.

"Instead of these cruel cruelties, they should force us to do community service, work for the government for free, but not separate from our families. Laws must change!"He exclaims.

But despite the long and traumatizing separation, Emma says that this year has been full of happiness.

“My children are already very old. They are becoming men, and I am here to see them graduate, ”she says joyfully.

A new tech fund for the benefit of French entrepreneurs in...

What is a large size family room?

Which is the best floor to live in?

How hot does Salinas get?