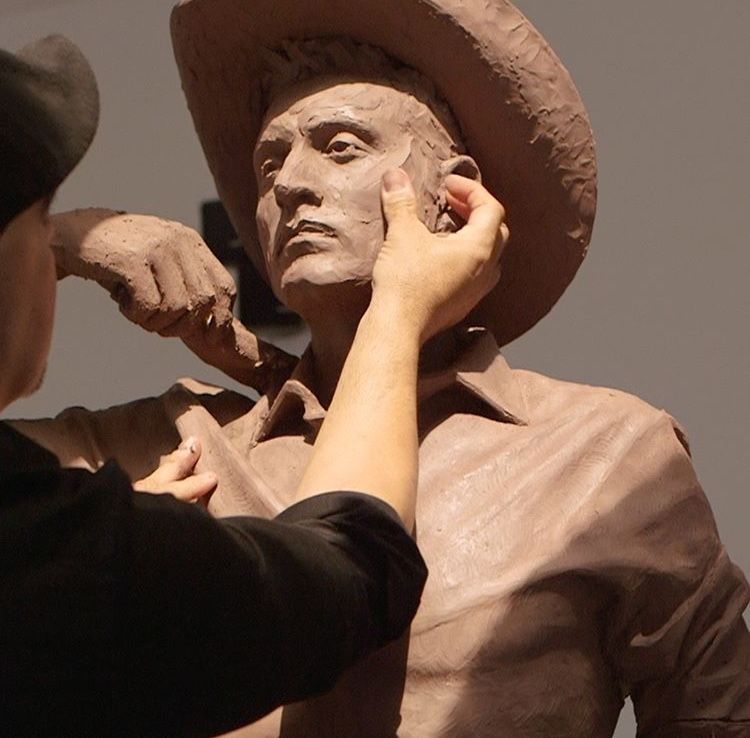 It will be inaugurated on Sunday, September 29 in the middle of a festival open to the public

Los Angeles will be the first city in the country to dedicate a monument to honor the memory of the more than 4 million Mexicans who came during World War II to work as braceros to the United States.

“It was time to have a monument to the bracero, and it is installed in a very interesting time when the benefits of immigration are being attacked and it is necessary to recognize the difficult work that immigrants do,” said Councilman José Huizar, whose father Simon Huizar Bañuelos was a bracero.

“Several of my uncles were also braceros and they talked to me about how hard their life was by trampling fruit and vegetables. They did not eat or sleep well. They did not give them water. It was a very sad life. But that work in the field helped them get a few dollars, ”he says.

This Sunday, September 29, Councilman José Huizar and the City of Los Angeles will celebrate cultural diversity and rich immigrant history with the opening of Migrant Square and the Bracero Monument.

The inauguration will take place in the middle of a public festival with the performance of musical groups such as Ozomatli, Los Rieleros and Don Pedro Rivera, who was also a bracero.

The Migrant Plaza has an area of ​​7,000 square feet and is located opposite Olvera Street at the corner of Spring and César Chavez streets in the city center.

"The opening of Migrant Plaza is a celebration to honor the many contributions immigrants have made to the city of Los Angeles," said Councilor Huizar.

And he tells that together with Baldomero Cápiz of the Binational Union of Braceros for eight years they worked on the idea of ​​making a statue to honor the legacy of the braceros.

“When a new departmental development was made in César Chávez and Spring, we had the opportunity to obtain resources to improve the streets and sidewalks, and there we took the opportunity to make the immigrant's square and the Bracero monument,” he explains.

Huizar talks that the Monument to the Bracero, is done by Dan Mendoza, the same artist who created the statue of Don Antonio Aguilar in the Olvera Square.

The Bracero Monument measures 19 feet and describes a Mexican man who leaves his family to travel to the North to work in the United States during the Bracer work programor.

This program was born in 1942 due to the shortage of labor in the countryside, mines and railroads during the time of the war. It continued until 1964 when it was closed amid complaints about low wages and poor working conditions. During its existence, the Bracero program employed 4.5 million Mexicans.

The Immigrant Plaza was designed by the garden architect of the Bureau of Street Services, Scott Shimatsu. It was built as part of the improvement project for pedestrians and streets for 3.2 million dollars.

It limits a housing development of 355 units. As part of the urban landscape project, the Department of Cultural Affairs opened a contest for artists to present their vision of a monument to their cultural space.

A panel of community members selected the monument of the artist Dan Medina that honors the braceros and their contributions to the city of Los Angeles.

The opening of the Bracero monument and the Migrant Plaza will be at 7 p.m. on Sunday, September 29, north of Spring Street in Los Angeles.

Baldomero Capiz, son of a bracero, Cristóbal Capiz already deceased, estimates that there are about two million braceros of the 4.5 million who came to work under contract to the United States.

“Prior to this monument. The only other recognition that has been made to the braceros in California is when Bracero was given the name of a highway in Chualar, California in the Salinas Valley, ”he recalls.

"That was based on a request we made to the California State Assembly because that was where 32 braceros died when the truck they were going to work on was crossed by a train in 1963," he says.

Capiz confesses to feeling great emotion and satisfaction because in Los Angeles he will see a monument to the bracero who recognizes his effort and dedication.

Patrons' tip: Open an art gallery in the United States

Arrested after sexual assault on real estate agent in Encino