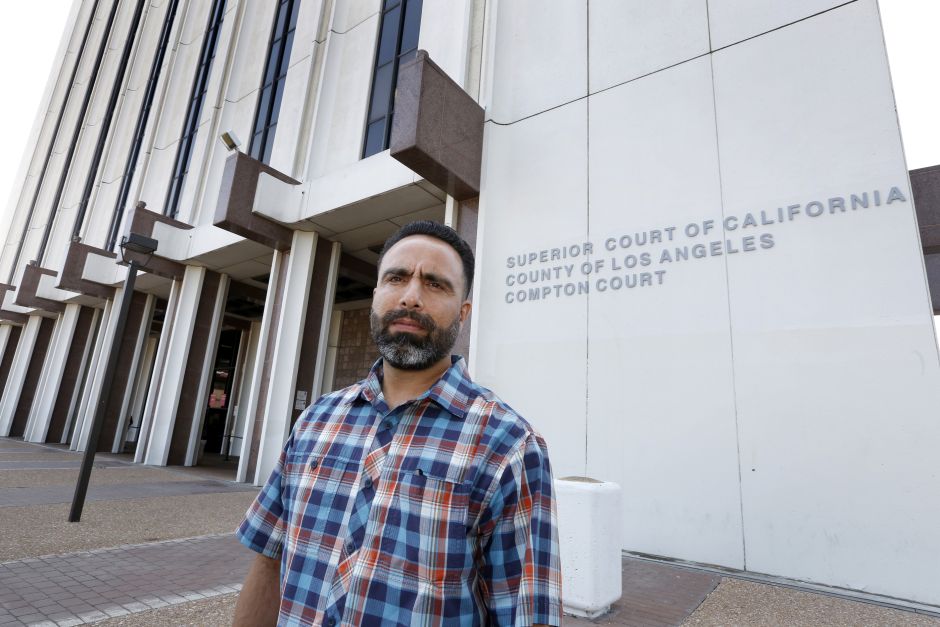 A strong physical resemblance led Marco Contreras to be confused with one of those responsible for the crime in Compton, California

Marcos Contreras, who spent more than 20 years in jail for a crime he did not commit (Image 2019).

Marco Contreras It was apprehended in 1997 and sentenced to life imprisonment for crime he did not commit. After 20 years in jail, his innocence it was checked and in 2017 he was released. But those responsible were still free. Until this week, that two men were condemned, with 60 and 25 years in prison, respectively: true culprits, as reported by the authorities.

The events occurred in September 1996 in a gas station from Compton, in the southern Los Angeles, where a person was loading a vehicle with fuel. A man approached him from behind, and after a brief exchange, the victim was shot in the chest.

The victim tried to escape, but received more shots, and then the assailant fled. Then, the victim managed to ask the police for help, before losing consciousness. Still, he survived the attack.

Miguel Contreras It was accused Y initially arrested. However, during the preliminary hearing, a witness identified his brother Marco, sitting in the audience, as the person in charge. So it was that Marco Contreras was charged and arrested for homicide attempt.

After being released, Miguel told police that his brother had not been the author of the shootingbut it had been Out. Eventually, he helped the officers and revealed that the incident was probably due to a drug dispute.

In 2014, Miguel Contreras said that he and Salgado had been hired by Garcia to carry out the homicide. In 2017, Marco Contreras was finally released.

Almost three years later, this week, Salgado and Garcia were convicted as the real culprits. Marco Contreras was declared innocentIn a 2017 letter to Superior Court Judge William C. Ryan, it was argued that Marco Contreras and Salgado "shared physical similarities" at that time, and that "it was not irrational" that the witness confused them.

Contreras was 41 years old when he was released.

Calabasas warns to watch out for rattlesnakes on the holiday weekend

A mountain lion is run over while crossing Highway 101 in...

Sun Valley residents: ‘We want the methane leak to stop’

There is hope, immigrant leaves homelessness to become a carpenter