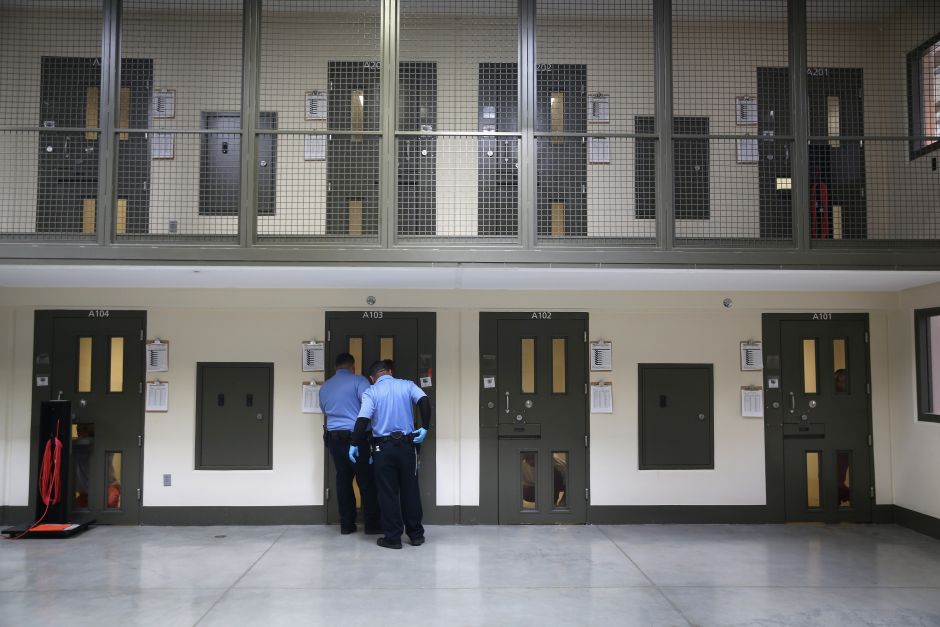 There are hundreds who have joined the fast, but ICE denies the movement.

As of Monday, hundreds of immigrants in custody at the Adelanto Detention Center began a hunger strike to protest against the emergency closure they are apparently subjected to, but also against what they call inhuman conditions.

"Since January 17, they are not allowed to leave their dormitories, and they have limited access to eat and clean," said Lizbeth Abeln, coordinator of the Inland Coalition for Immigrant Justice (ICIJ) organization that has followed up the movement.

"For more than a week, detainees have been under confinement conditions, without a clear reason as to why," he said.

These conditions, he explained, severely limit family visits, force immigrants to be in their cells at least 23 hours a day, and condition their access to food, water, medical service and communication with their lawyers.

According to Apeln, the drop that spilled the glass was the abuse and verbal abuse to which they are subjected by an agent whose last name is Lopez.

He said that those who have declared a hunger strike are those arrested in the west wing of Adelanto.

In the last year, immigrants in Adelanto have conducted at least three hunger strikes to protest. They indicate that the food served to them has fungi or is expired, but also to claim access to basic medical care and their own lawyers.

According to Apeln, the Migration and Customs Service (ICE) denies the emergency closure, and there is a hunger strike.

“They have their own definition of hunger strike. For them, someone is on strike when they have not eaten for nine days. For us, it's after two days, ”he remarked.

The ICIJ confirmed that 67 immigrants began the hunger strike, but the number has risen to hundreds, they said. One of the strikers is under solitary confinement, they added.

Among the complaints raised by the detainees, it is worth highlighting that the bathrooms are in unhygienic conditions.

They also revealed that facilities for men and women are under isolation, but it is the men who initiated the fast.

Lori Haley, an ICE spokesman said that Adelanto is not under an emergency shutdown nor are the detainees going on a hunger strike.

He added that ICE is committed to providing welfare to detainees and giving them a humane and professional treatment. "The safety, rights and health of detainees in the care of ICE are our main concern," he added.

In March of last year, the city of Adelanto terminated its contract with ICE and the GEO group, the private company that manages and manages the detention center. ICE warned that in case of a closure, detainees will be transferred to other centers with availability of beds.

Further, A new AB32 law that went into effect this month prohibits private detention centers in California. The US Department of Justice against the state sued this week on the grounds that the ban is invalid because California cannot order the federal government with whom to contract its services.

The Adelanto Detention Center was opened in 2011 and has a capacity for 1,960 immigrants. Of the 637 facilities that ICE has in the country to house detainees, it is the largest, and the one with the most complaints.

With the approach of deconfinement, “I’m afraid that New York will...

They stab a man until he is killed in a DTLA...

Los Angeles Sheriff: 1 of two sheriffs shot in Compton was...

LA Sheriff says he would be forced to cut his services

The number of confirmed cases of coronavirus in Los Angeles County...