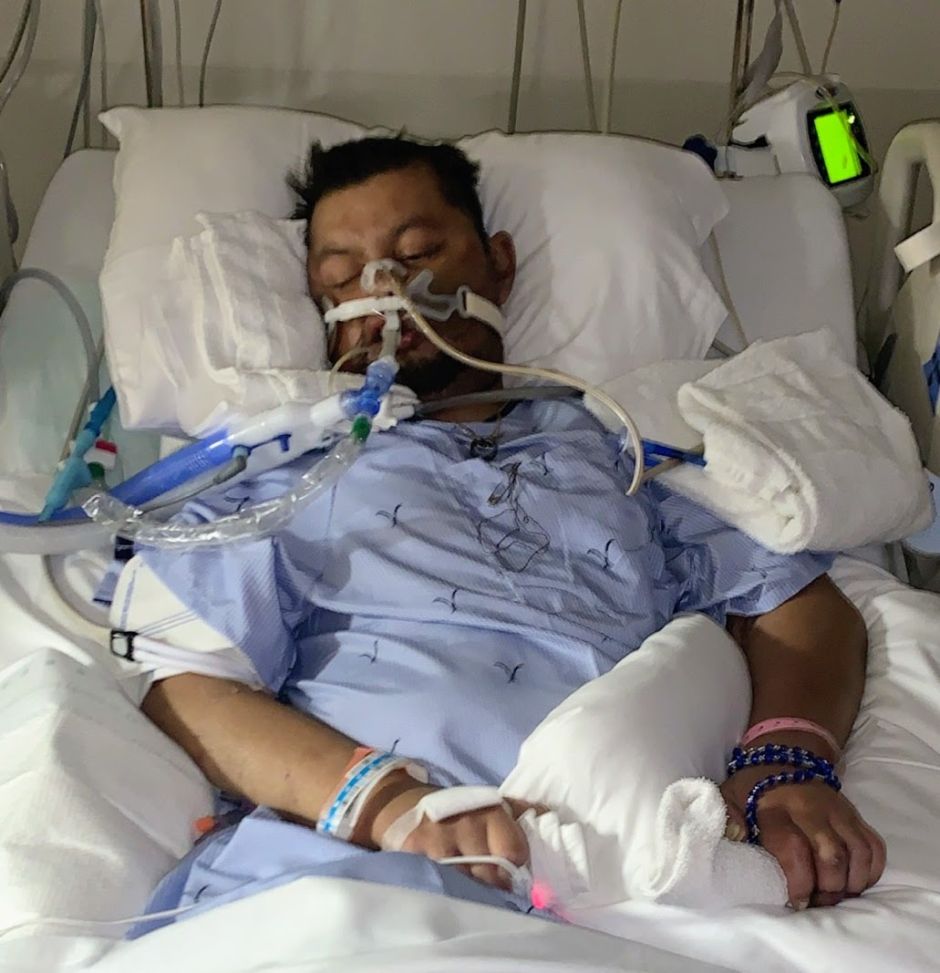 What should be a beautiful New Year's celebration for the Garcia family, became moments of prayer and concern to know what would be the future of the family patriarch.

Wilfredo García, 45, fell into a coma on November 19, 2019 in Las Vegas (Nevada); today – due to the delicate situation – his family decided to ask for help from the community to get him back to Los Angeles, where he lives.

His wife, Rachel Garcia, told La Opinion that Wilfredo has suffered from type 1 diabetes since he was 7 years old and that he was a child should constantly inject insulin.

However, he said, this has caused sequelae.

Concerned, she explained that eight years ago she was told that she needed a liver transplant, which she could not get; that five years ago, his partner suffered a foot injury that left him in a wheelchair and that 36 months ago, he lost his sight in his left eye.

The couple found that in Nevada, the waiting process for a liver transplant could be less than in California. With that hope, they decided to move out of state and put themselves on the waiting list.

Shortly before that, in November, the Garcia – who has three grown-up children – arrived in Las Vegas and the plan was to be a few days and then return to Los Angeles for all their things.

"I was not there and there was a power outage in the apartment and my husband went out to see what was going on," Rachel said. "He didn't realize there was a step and he fell (from the wheelchair) … He broke his femur," he added.

He was immediately taken to the hospital but the next morning, says the woman, Wilfredo was already in a comatose state.

"They did tests (MRI, CatScan) and said he had a stroke," Rachel said. "They don't know what their future will be but they still have brain activity."

He also indicated that shortly after they changed him from hospital to another, where there seemed to be more options for his recovery. However, since then it remains tubed and without recovering.

The resident of Harbor City, located in South Los Angeles, says the doctor has told her that although her husband is in a coma, she is stable.

"(The doctor) said that for (Wilfredo) to recover he must see his family, our children but they are not here," Rachel said and added that the boys are devastated by their father's situation.

The mother revealed that when he asked to return to Los Angeles, the hospital in La Vegas told him that they could transfer him at a cost of $ 17,000.

For this reason, she decided to advocate for her husband's health through social networks and opened an account on the GoFundMe portal where those interested can donate for the transport of Wilfredo at https://www.gofundme.com/f/sr4mp9 -11000

Tito Rodríguez never received gifts as a child. Now he...

Mexico has not paid the historical debt it has with thousands...

Angelino, you must report if you face hostile behavior

Nightmare on the Freeway 10: trailer flips and causes miles of...