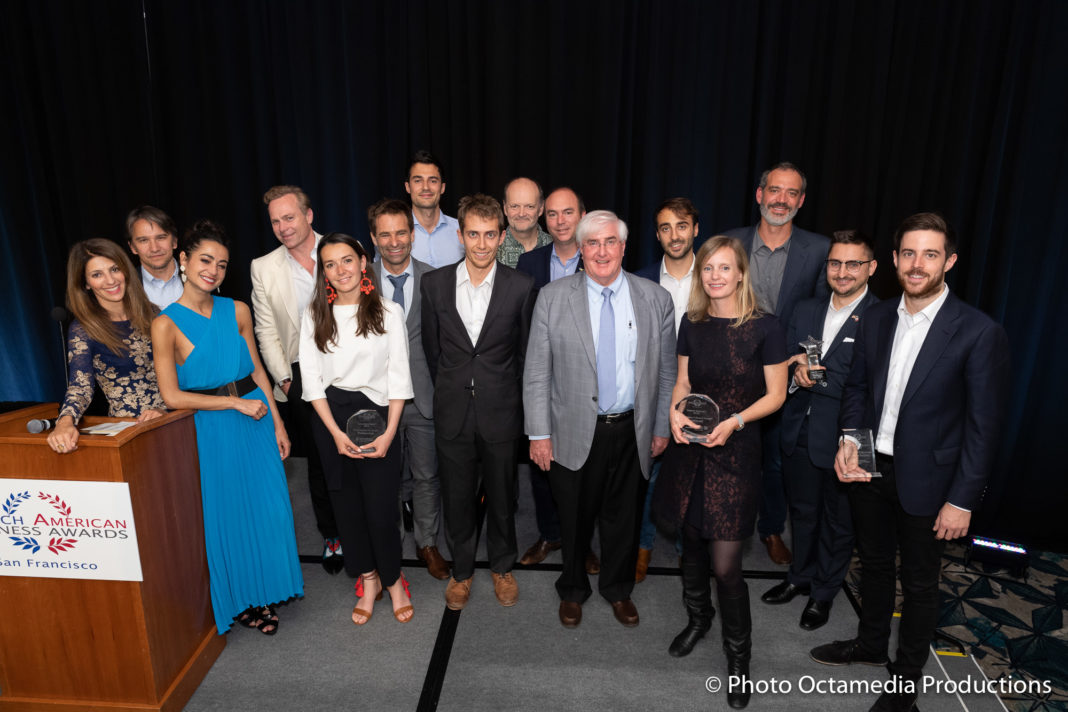 For this sixth edition of the French American Business Awards (FABA), the French American Chamber of Commerce in San Francisco has sold out: more than two hundred guests, including the French Consul Emmanuel Lebrun-Damiens, met Thursday, May 23 at the Nikko Hotel, near Union Square to discover the winners of the 2019 vintage.

The theme of the evening was innovation, starting with the organization of FABA: several discussions punctuated the evening, and five new categories were added to this edition, such as "French Spirit Investor", "Special Leadership" , "Trends 2019: Leaders in AI", "Young Tech Entrepreneur" and "Recent French Investments in the Bay Area".

Highly anticipated, the "Startup of the Year" prize went to Einstein Studios: this young company uses virtual reality to teach dyslexic children. Xavier Lesage Moretti, his CEO and one of his creators, captivated his audience by poking the mission of Einstein Studios: "20% of the population is dyslexic, but did you know that 50% of NASA scientists and 40% of millionaires are too? By using their qualities, such as sensory memory or their ability to think in space, rather than trying to correct their flaws, we propose a different learning environment that suits them."ProcessOut, a Fintech company, also received a special mention from the jury of specialists who split the 18 startups in competition.

Non-tech fields have not been forgotten: the prize for the "Wine Country Personality of the Year" goes to Nicolas Quillé (Crimson Wine Group), and Pauline Lhote (Domaine Chandon) wins a mention in the same category. Boisset Collection wins the "Wine Country Company of the Year" award. San Francisco Ballet's star dancer Mathilde Froustey was crowned with the "French Influence in Arts" award, which rewards both her dancing career and the creation of the Oakland House, which hosts artists in residence.

The Decathlon sports brand has received the "Recent French Investment in the Bay Area" award: after the opening of a first store in 2017 on Market Street in San Francisco, she opened a second brand last April in Emeryville.

To conclude this gala evening, venture capitalist Ron Conway presented the "Leadership" award to Stéphane Kasriel, CEO of the recently listed Upwork freelancing platform. "Our IPO will enable us to make businesses aware of the new realities of the world of work: part-time work, distance work, disability …"He explained. "Currently, only a small number of freelancers find a position on Upwork, because we do not have enough job offers to offer. Our goal is to change attitudes, especially in large European groups, which still place too much importance on "face to face" as a guarantee of productivity."The message is over …

The canceled marathon, they still run for a good cause in...

Going out: swapping your glass of wine for a "sound bath"

This Hispanic woman and her daughter were violently attacked when selling...