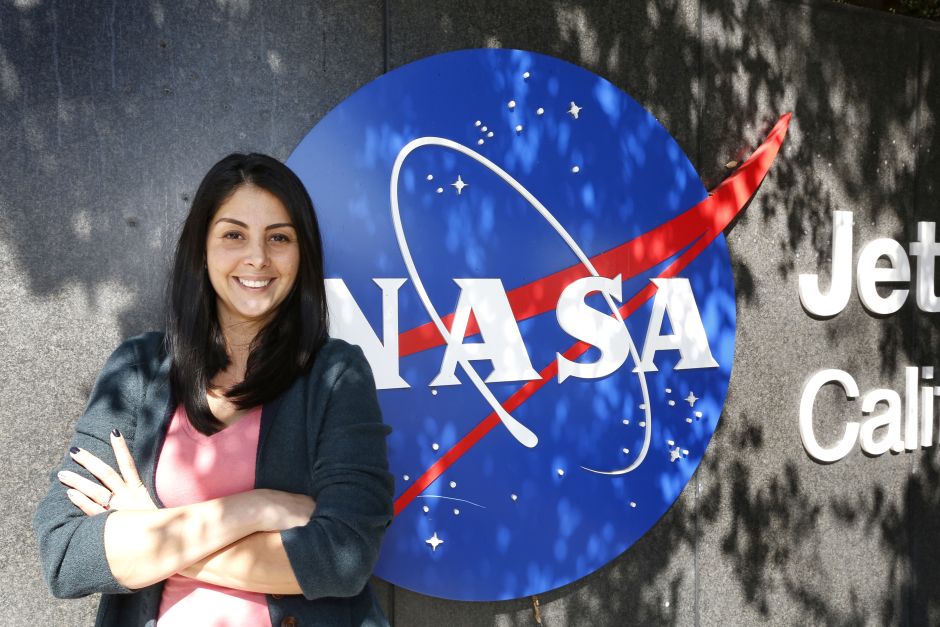 Since Diana Trujillo was a girl in her native Cali, Colombia, she liked to look at the stars and was curious to understand how everything worked up there in space.

He never thought that one day she would be an aerospace engineer and work for the US space agency (NASA); and also, that would be leader of the Curiosity Mission, the most ambitious to explore the possibility of life on the red planet of Mars.

“I was fascinated by space because everything coexists completely perfect. You stand outside and you don't see crashing stars. When you look up and see the stars, they give you peace, ”says Diana.

This Colombian immigrant has been working at NASA for 11 years, in the city of Pasadena.

It all started in 2000, when at age 17 he decided to emigrate to the United States.

"I graduated of high school (high school) in May, and three days later I got on a plane to Miami, ”he recalls.

He did so partly motivated because his parents had divorced in a domestic violence relationship and wanted to help his mother.

“My dad left my mom with nothing. I said, I go first, so I get money and try to help her. Then I come back for her and my brothers. ” Those were his plans when he emigrated.

He arrived with $ 300 in his pocket. “I took three jobs, one of them in house cleaning, but eventually I got money to go to the community college to learn English and study space science. Then I went to the University of Florida to study for aerospace engineering. I had no idea I had good grades. That made the university pay me the whole race, ”he says.

Four years later he was able to bring his mother to the US. "One of my brothers went to Argentina, and the other stayed in Cali," he adds.

In Florida, his curiosity for space grew. "When I came here I said what's in space that works so well, why, how does it coexist, I want to understand”He wondered.

Already in college he overcame his shyness and dared to tell one of his professors that he wanted to be an astronaut. “He told me there was an internship at the NASA Academy and that he should apply. The application was very long, not less than 300 words per question. I did not know much English. I filled it, but I was very worried because I thought I could have written something wrong, ”he says.

Diana turned out selected for the Internship from the NASA Academy in 2006. She was the first Hispanic immigrant in that program.

“In that internship one is taken to travel through all the NASA centers in the country. We met astronauts, the directors of the centers and presidents of the companies that work with space vehicles. We went to the launch of a shuttle Space in Florida. There I realized that I thought like everyone who was in that community. We had many things in common. This is my people, ”he remembers.

At the end of the internship, eleven weeks later, Diana was clear about what she wanted to do with her life and that was, work for NASA.

“What happened is that, in that internship, they choose the two best students to go to work at the NASA Department of Education. They selected me. I set out to make enough contacts. I ended up working for a year for NASA, ”he says.

When he left the space agency, he got a job with a subcontractor company of NASA itself.

“The funniest thing was that I started on a Monday and they called me on Sunday to tell me there was no work. I almost die. I was going to start working on a Mars mission. Mars has always been in my life. They canceled the project, but they told me they weren't going to kick me out. ”

Diana was assigned to a program on a capsule that went to the space that nobody wanted to be a part of.

“That project opened the doors to me in a way I never believed. I had to go to Florida and work with NASA, pretend I was an astronaut, meet astronauts and see how we were going to make the vehicle, ”he says.

Although she was doing very well in the company she worked for, Diana once again confirmed that her dream was to work with the aerospace company.

By then he had already married. A change of headquarters of her husband's work from Florida to Los Angeles defined her professional destiny, as she dared to submit an application to work at NASA in Pasadena.

“I thought: it's super difficult. That pod will not come out. But thank God, they accepted me. I came to Los Angeles to work at NASA, I've been 11 years old and I'm very happy, ”she says.

“I have learned a lot with all the exploration we have done on Mars. It is extremely interesting from the perspective that we can learn more what happens with the earth and what to do to prevent damage to our planet, ”he explains

Additionally they have discovered what is on Mars. “In all those explorations, we haven't found anything. It's like you get up and look at the Mojave desert every day. And at some point you say, what else is here. And if we don't find anything, let's go the other way, ”he says.

Although she never imagined coming to the US and working at NASA, she says that once she decided what she wanted to do with her life, she believed everything.

“I made a movie in my head. I woke up with visions of what I wanted to do. I saw where I was, who was talking to me, I had conversations. When I arrived at NASA and entered the operating room, I said, my God, this is the room I saw in my head, ”he recalls.

But to make his dreams come true, he says there was nothing magical, beyond studying and working hard.

“It's the ethic of Hispanic work, you get up earlier and go to bed after everyone is asleep. You give and look for him, ”he says.

His recommendations for young Latinas, is to study, face problems, absorb everything and take the tools to be prepared when the opportunity presents itself.

"I would suggest taking all the opportunities, be they girls or adults, even if you are scared," he emphasizes.

The first job he had at the NASA subcontractor seemed insignificant, he says. "It turned out to be one of the most impactful in my life."

Two pages of acronyms had to be learned because the president of the company did not know what they meant.

"Really? I went to college to learn two pages. He was cranky. But I said, I'm going to do it, God has a plan. He gave me to tell the Lord what the acronyms meant and he took me to all the NASA meetings where the chiefs were. I was the youngest. I became friends with everyone and they also asked me. That opened the doors for me, as you have no idea, ”he says.

And he says that in his professional environment there are several Latinos, but he talks about the idea that the less Latino you see, the more acceptable you are at work. “It is very difficult when you enter because they are all white men. At that moment, you feel that everyone is going to realize, and they will say, you have an accent, I don't understand what you are saying. ”

She concluded that if someone in her work environment, even knowing the whole technical issue, does not understand her by her accent, she is explained again and what matters.

“But it's only a second that you would like it to not matter where you came from; until I realized that it does matter where I come from, because that gives me a boost to where I want to go, ”he exclaims.

He currently works for the Department of Systems Engineering for the Surface of Mars 2020, in the Jet Propulsion Laboratory of NASA. “My group is the one doing the work. We work on the tires, the arm, to see how we are going to collect the rocks that we are going to collect and how to pack them to return them to the ground, ”he explains. Since 2014 she is the leader of the Curiosity Mission on Mars.

She is married and is the mother of two children of 4 and 2 years.

“I would not have been able to do everything I have done if I were not Latina and without the help of my family. My mother María Patricia has impressively helped me take care of my children. That is something that our culture has in front of us. Everyone gets to help you. Even my grandmother Mery came from Colombia for six months when I told my mother, I'm going to work until very late at night. And my grandmother replied´´, I'm leaving (with you), I help you with the children ”.

How to face the health system when you are the victim...

They demand an independent investigation into the murder of Andrés Guardado

Los Angeles Mayor: 'The goal is to bring down systemic racism'