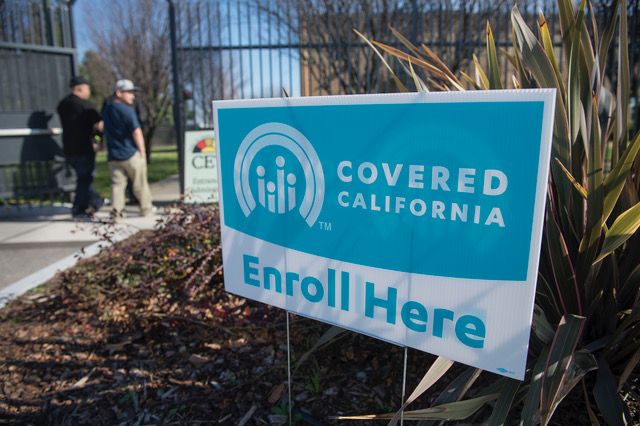 Representatives of Covered California announced that the enrollment period for medical coverage is already open. On this occasion, the insurance market has two important initiatives: greater state subsidies and the state mandate that requires all Californians to have health insurance.

It is estimated that almost one million Californians will have access to the new state subsidies which will help lower the monthly payment of their coverage.

"For example, a family of four who earn from $ 75,000 to $ 150,000 can receive subsidies," said Peter Lee, director of Covered California in an interview with La Opinion. "Families could receive up to $ 500 in help for their medical insurance."

Lee said California will make history by being the first state in the nation to provide the highest subsidies for middle-income families such as small business entrepreneurs and contractors.

"On the first day of registration, one of our clients received a state subsidy of $ 630 per month," Lee said. "That is why it is so important for people to see if they qualify for a state subsidy."

It is estimated that around 75% of people who are already enrolled in Covered California will be able to reduce the cost of their monthly payment. Similarly, during the enrollment period, these people can change plans at the same or lower cost but get the same benefits they received when they paid a higher cost.

The people's allowance will be based on age, income, the number of people living in the home and the zip code, said Yurina Melara, a spokeswoman for Covered California.

In California, there are seven health plans so that people can choose the one that best suits their location and budget. Among them are BlueShield, LA Care, Anthem, Oscar and HealthNet.

Another important news that people should know is that although the registration period for new clients is until January 31, 2020 there is an inscription called "Special Enrollment" which works all year for certain groups of people.

"For example, if someone loses their job and needs to register, if they have divorced, if they have moved to California, they can all sign up at any time of the year," said Lee.

Surprisingly, Lee also said that most people who talk to one of his Covered California agents discover that they are eligible for Medi-Cal — the low-income medical assistance program — and they don't know it.

Although President Trump has rescinded the sanction of the Low Price Health Care Act as of January 1, 2019, California is not exempt.

California restored the individual mandate for all people to have health insurance and will be effective as of January 1, 2020.

This means that people who do not have coverage could be fined by the Federal Tax Directorate of 2020 when they file their taxes in 2021.

“About nine out of 10 people who are enrolled in Covered California have financial help so their savings are approximately 80% of the cost of their coverage,” said Lee.

However, people who have not had medical coverage during 2019 will not be fined by filing their taxes in 2020, Melara said.

Who does not qualify for health insurance

Undocumented people cannot apply for medical insurance through Covered California. However, this year, Governor Gavin Newsom signed a new mandate that expands the Medi-Cal service for low-income undocumented immigrants from 19 to 26 years old.

The United States Census reported that in 2018 approximately 2.8 million people did not have health insurance. This is because approximately 59% of these people do not have legal immigration status in the country.

To learn more about the programs available at Covered California visit https://www.coveredca.com/espanol/

DACAmentados encouraged by the support of the community require Congress to...

Good news from the world of Mickey! Discounts return for Southern...