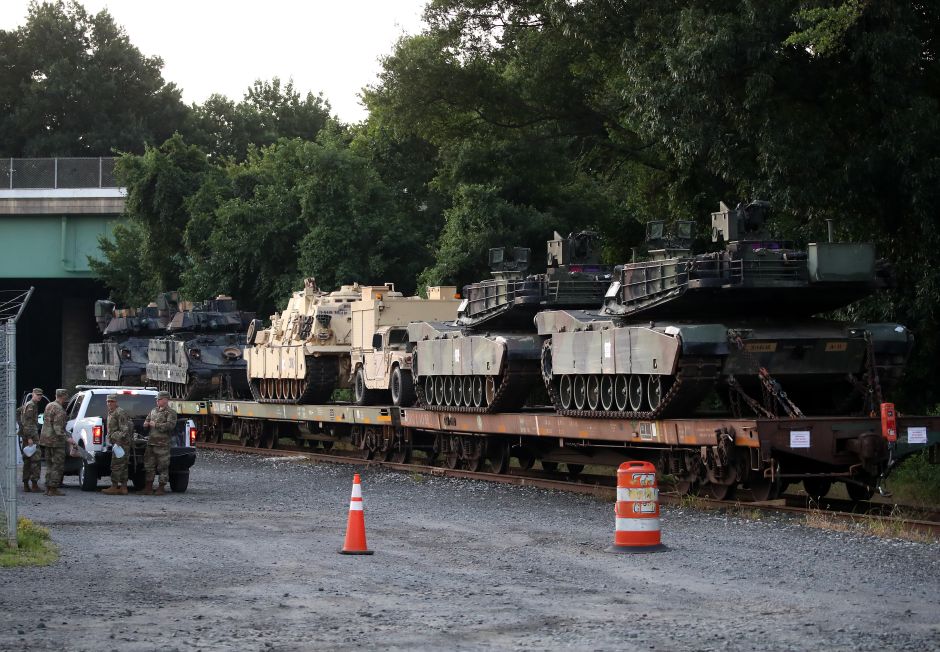 Wednesday afternoon citizens of The Angels they shared videos in different social networks where the transfer on trains of dozens of military tanks through the city. Some presumed that it was the National Guard.

Is this movement of tanks seen today near Calabasas in Los Angeles county related to CA Governor Gavin Newson deploying the National Guard to protect… what exactly ?? pic.twitter.com/kEFV3zJJwR

Nevertheless, the mayor, Eric Garcetti, referred to the movement of military equipment during his press conference last Wednesday afternoon and stated that it was "a routine move" In addition, information disseminated by the Ventura County Naval Base confirmed that the transfer of military equipment was part of its operations to support the Department of Defense.

NBVC continues to support the Department of Defense in routine air and port operations to support our nation's warfighters. Any logistical movements at Port Hueneme and Naval Air Station Point Mugu are just routine in nature to keep America’s deployed forces ready. pic.twitter.com/13yVIOosNC

COVID-19 geopolitics: a conference by Gérard Araud with the FIAF

Chained demand to release prisoners due to risk of coronavirus

[Replay] Franco-American estates: how to better understand them

Immigrants occupy essential jobs and are at the forefront of the...